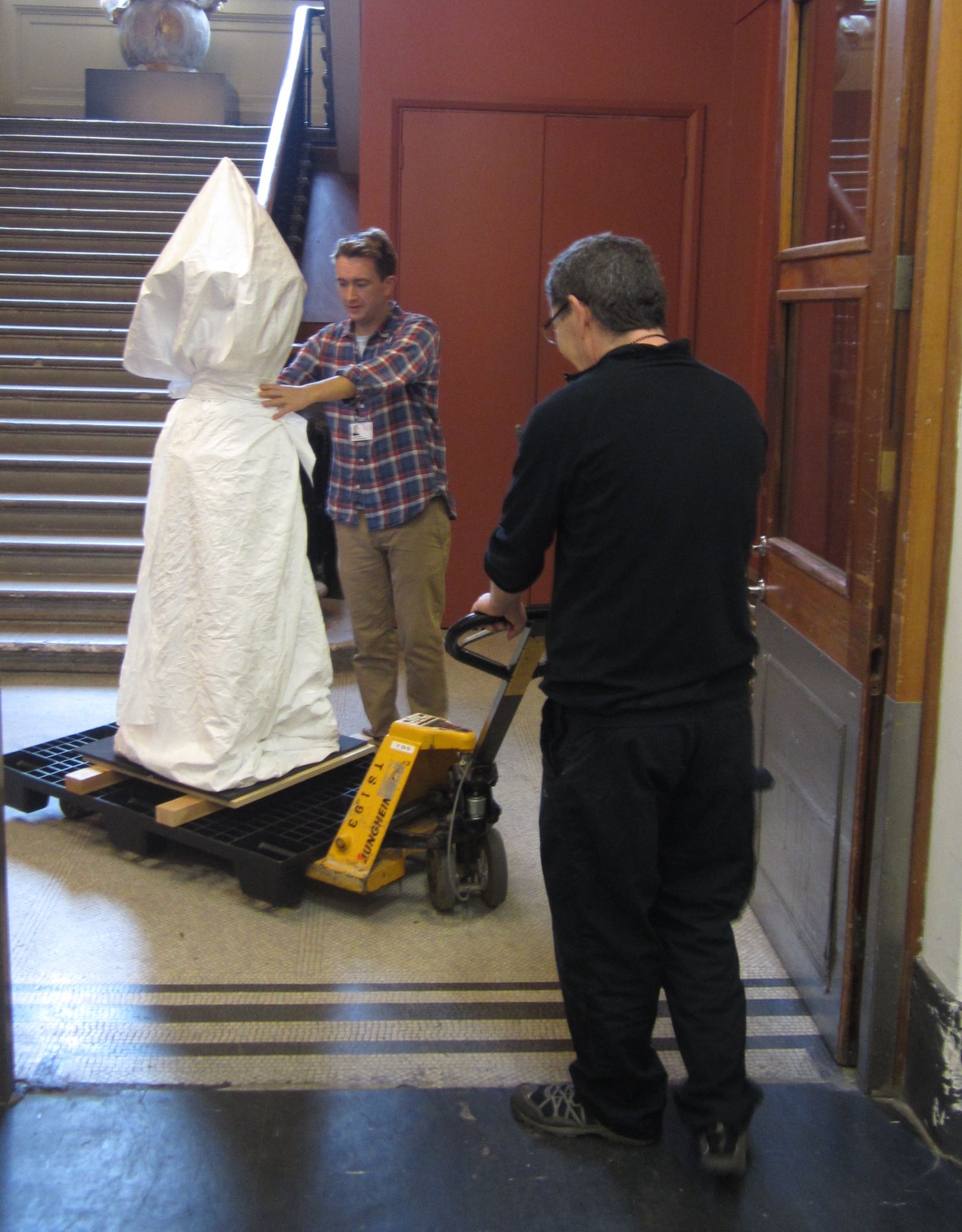 I was going to start this entry by mentioning how nice it is when going about the Museum to occasionally ‘run into’ Europe Gallery objects as they are being transported between various departments or studios. 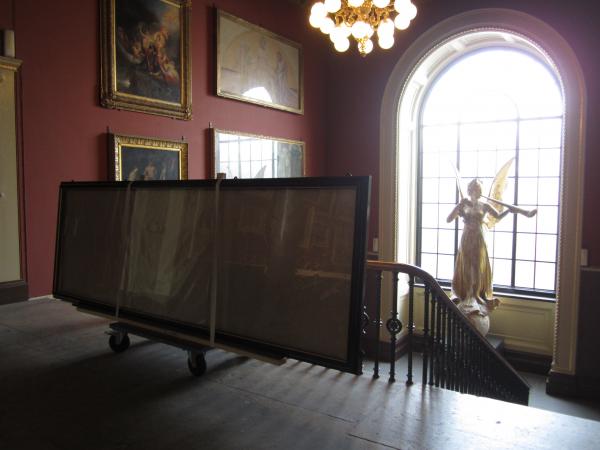 When leaving my office a few weeks ago I found this rather large frame at the top of our stairs (don’t worry it isn’t about to be rolled down them!). This is the frame from the impressive Omneganck painting – the painting has been removed from the frame to enable it to be treated by Paintings Conservation. Although not one of our biggest objects, at nearly 4 metres long, it is still quite a piece for manoeuvring around the building.

‘Run into’ is obviously quite an inappropriate phrase for these encounters, as the movement of any museum object is carefully undertaken to ensure such collisions wouldn’t happen! The Museum technicians are very experienced and skilled at safely moving a wide variety of objects.

Every single time an object is moved there is a risk of it suffering some form of damage in the process. To reduce the risk of our objects suffering any damage we aim to always to keep object movements to an absolute minimum wherever possible. However, all of our objects have a number of important ‘engagements’ to undertake before their final trip into the new galleries.

Nearly all of them will need to pay a visit to one (or sometimes more) of the Conservation studios in the Museum to be treated, cleaned and/or stabilised. Once this work has been completed, many will also then need to be taken to the Photo Studio to be re-photographed to ensure that we have useful, clear images that accurately record the current appearance of each object. Some may also need to visit our mount-making workshop to enable bespoke mounting mechanisms to be created to their exact specifications. 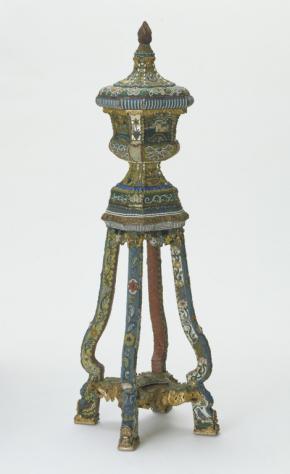 Having had its conservation treatment completed, this large beaded urn needed to be moved out of the Sculpture Conservation Studio and into temporary storage before being taken to the Photo Studio for new detailed photography. The urn is covered in beadwork which is very delicate and sensitive to movement. Standing 169cm tall, there are many beads to take care of when moving. 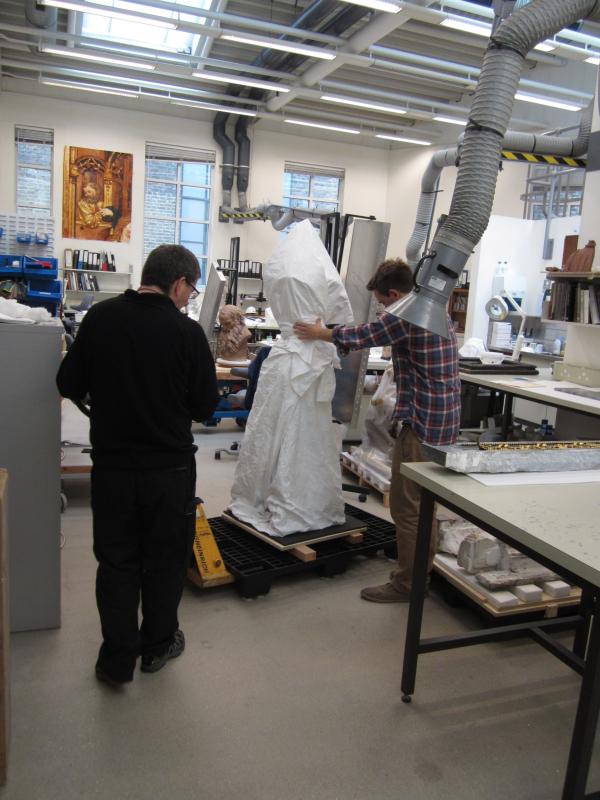 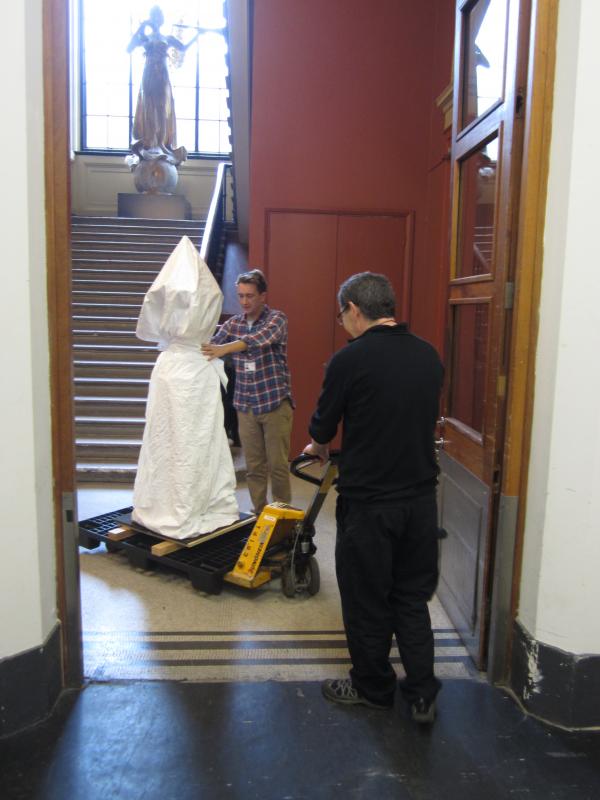 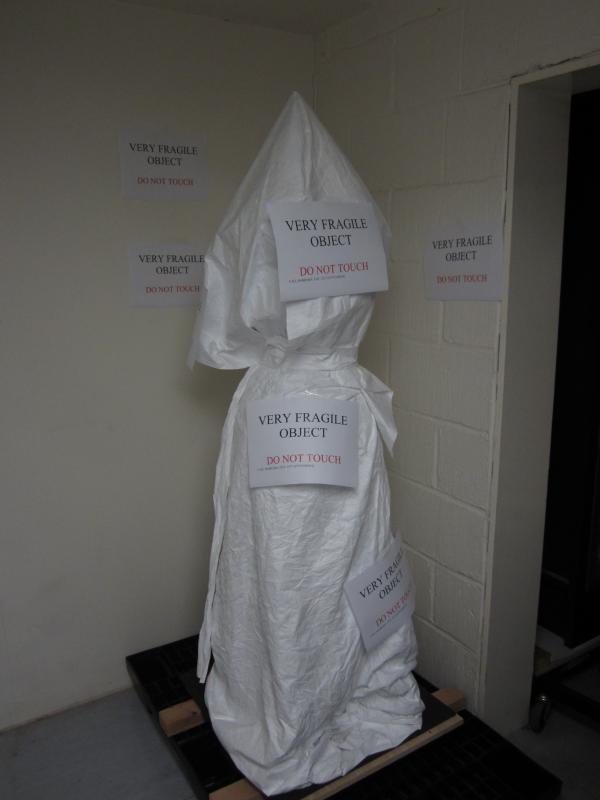 As more dramatic building work takes place in the gallery space and as we refine and confirm final details of display cases and plinths, it has started to feel increasingly as if we are really preparing a new ‘home’ for each of the objects. As these are permanent galleries they will be expected to reside there for a number of years. This partly explains why I have been finding it so interesting to discover where objects have previously been displayed.

Whilst going through records of previous exhibitions and gallery arrangements, I came across this photograph showing the very same urn as it was displayed in the Brunswick Art Treasures exhibition back in 1952. 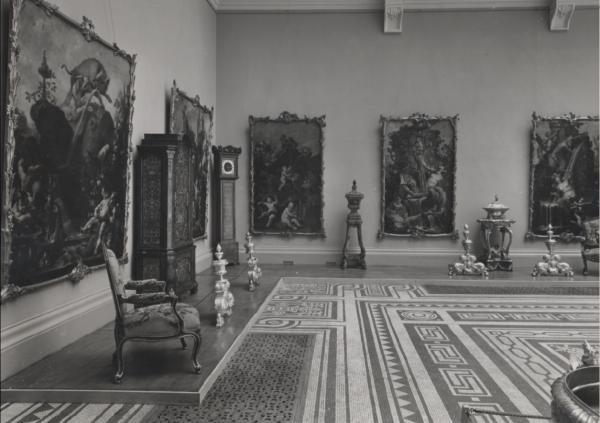 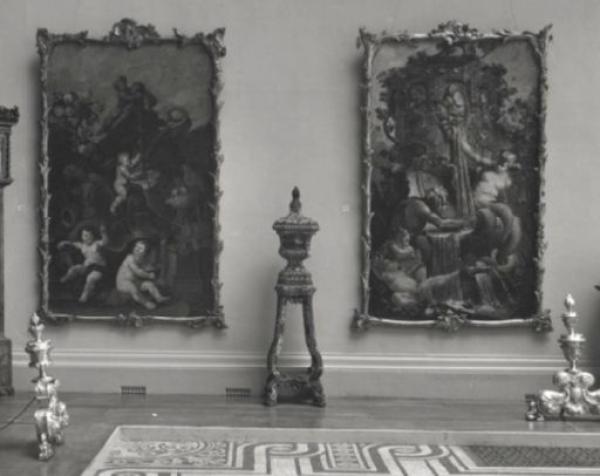 Also spotted in the archives was a record of our Tula chair as displayed in the South Court in the late 19th century. 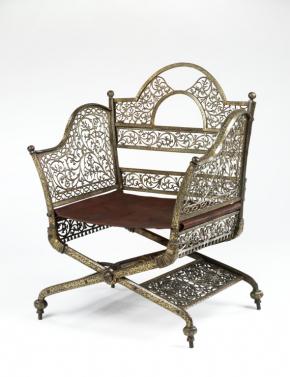 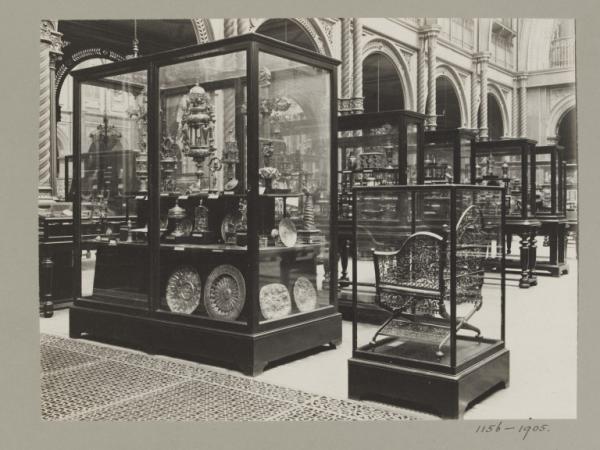