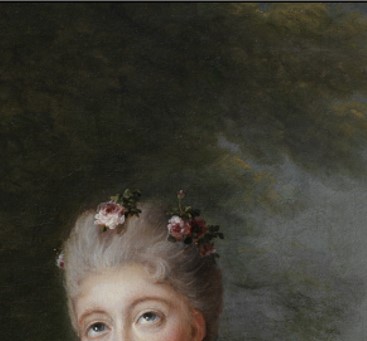 Although they have now been open for exactly six weeks, I have to admit that I still get a thrill from popping down into the Europe Galleries to find them now populated, not only with objects but also real-live visitors. Visitors considering objects; taking in the new high ceilings and opened up spaces; conscientiously reading labels; listening to audio guides; and grabbing the arms of friends to exclaim and point out various things that have caught their eye. Thankfully, my previously ingrained response to seeing strangers in the galleries and wanting to ask where their high-viz and security passes are has worn off!

I have particularly been enjoying doing the odd bit of eavesdropping to hear people’s thoughts on the various displays and objects. Having worked on the galleries for four years and built up my personal selection of ‘highlight’ objects it has also been interesting to tag onto some of the public gallery tours to see which objects different guides select and what stories they choose to draw out. Keen to hear more of what wider discussions the galleries can prompt and support, the current series of ‘conversations’, What was Europe? A New Salon, that have been taking place in The Globe have been an absolute gift.

These salons have provided an excellent ‘baptism’ for The Globe in Gallery 4, helping to make a reality of its design intent, to evoke the spirit of Enlightenment debates. Located almost in the middle of the run of galleries, these conversations develop in the midst of over a 1000 objects that can fuel, illustrate and challenge ideas.

The inaugural salon of the series focused on the question ‘Where Was Europe?’. As if pre-empting a minimal and sullen response of pointing over The Channel and declaring “over there”*, this second salon turned its attention to focus directly on the relationship(s) between Britain and Europe, with the title ‘Europa and Britannia’.

[* Needless to say, respondents in both salons were neither minimal nor sullen!]

One of the aims of this salon included discussing the direct influences of ‘Continental Europe’ on British culture, and vice versa, and to question whether this has contributed to contemporary presumptions of partition or closeness.

Sitting inside The Globe you can sense the physical presence of ‘big thinkers’, such as Voltaire, keeping their eye on proceedings. Voltaire’s presence is particularly apt as he published ‘Letters on the English Nation’, based on his experiences living in England between 1726 and 1729. First published in English in 1733, it was published in French the following year. NB: I avoid looking at the Messerschmidt bust as it seems to think that all our ideas stink(!) …

Attention had previously been drawn to the separation of the British and Europe galleries in the V&A. As part of the curatorial team, I thought this provided an interesting reminder of the impact of practicalities on curating and the presentation of concepts that are somewhat freer to roam within academic discussion. This separation was guided by ‘practical rather than political’ reasons – by displaying objects of British origin separately in the British Galleries, we are able to capitalize on the great strength of these collections and explore British developments in art and design in great detail.

Conversely, by largely excluding British objects from the new Europe 1600-1815 galleries, we are able to give space for these collections to shine, without any danger of them being swamped or diluted by our numerically much stronger British holdings.

A full podcast recording of the salon is available to listen to here, along with a complete transcript. Rather than simply repeat what these record, or attempt to condense 90 minutes of detailed discussion into a pithy blog, I thought I’d just take you through some of the comments and ideas that caught my attention and where they sometimes took my thoughts.

Hannah Williams commented on the potency that the combination of Europa and Britannia possesses – noting that if we replaced Britannia with another country (such as Spain, Italy or Germany), there’s not the same kind of potency that there is to the question of Europa and Britannia. Hannah also questioned whether the geographic division, this physical separation, of Britain and Europe maps onto a comparable cultural division or gap. This made me think about the notion of masses of water acting as both ‘divides’ and ‘links’. Having recently been writing about the adventures of early balloonists, for me this also conjured up visions of balloonists racing to cross The Channel but floating high above the physical geography and political borders.

Hannah used the founding of the French Academy of Art to consider the tendency of Britain to look to France as a model. The French Royal Academy of Painting and Sculpture was founded in 1648. It’s not the first European academy but it’s the institution that by the 18th century had helped turn Paris into the capital of the European art world. The British Royal Academy, meanwhile, isn’t founded until 1768, 120 years later. We need only turn our heads to Gallery 5 (‘The Rise of France’) to see the subject of France becoming a leader of culture and design being very clearly addressed.

Consideration of the movement of artists throughout Europe and particularly their selection of London over Paris brought added depth to this subject. Hannah described these artists as ‘the first artistic European immigrants’ and commented that ‘while Paris may have been the cultural capital, London always is the commercial capital’. Hannah also highlighted The Grand Tour as a key part of British cultural formation in the 18th century, as something that kept the British oriented to Europe. These points both made me think of Gallery 2A, where The Masquerade interactive introduces a young English girl exploring Venice on The Grand Tour. Nearby is also an atmospheric capriccio painting (capriccio being a genre that became extremely popular through The Grand Tour) by Caneletto, who worked a lot for English/British patrons and also lived in England for a number of years.

Spike Sweeting spoke about international trade and Britain’s relationship with Europe, primarily in terms of commodities. Spike’s novel suggestion that we imagine the Europe Galleries as if they were a warehouse of goods really resonated with me, especially as in the midst of installing the galleries, wonderful works of art do tend to become considered more simply as physical objects, approached in terms of the practicalities of safe transportation and storage.

Spike emphasised that large numbers of the population travelled across and see Europe as a result of both The Grand Tour and international commerce. This made me think of how wealthy Dutch merchants often hung paintings of sea subjects in their homes – the paintings reflecting the importance of the sea to the Dutch Republic’s military and trade interests and relations.

He also noted the influence of warfare and taxes on countries’ relations, giving the example of how Britain turned away from France as a major trading partner as a result of the Nine Years’ War but describing it as “essentially due to a really, really punitive tax on wine”.

Danielle Thom introduced her piece with the most striking visual image so far, as she admitted that, when thinking about the topic of this Salon, the first image that sprang into her mind was “Gillray’s very well-known print of an anthropomorphic map of England with George III’s face on it, defecating on France”!

I was delighted to discover that the V&A’s copy of this print can be found in an album of 40 ‘suppressed’ caricatures featuring an array of sexual, scatalogical and politically outrageous subject matter by James Gillray …

Danielle described the relationship between Britain and Europe as ‘antagonistic but essential’ and culturally, economically and militarily ‘in flux’.

She observed that from the point of view of satirical prints and the popular press, Europe in this period was effectively considered as France and Italy. With these two becoming “a kind of cultural shorthand for Europe as a whole”. This is quite a contrast to the vision of a wider Europe we have tried to present in the galleries.

She gave examples of a number of dichotomies that somewhat governed Britain’s perspective on Europe. The personification of Britain as John Bull (‘chubby, prosperous, plainly dressed and straightforwardly spoken’) against that of the macaroni (‘overdressed, skinny, flirtatious but with no intellectual backbone’), not only  conjured up some entertaining imagery but also demonstrated British concerns of European luxuries etc. sapping the strength of what it is to be British …

Danielle pointed out that despite the rather ‘anti-European’ sentiments of the popular British press, British people were more than happy to adopt European commodities and cultural habits. This can be demonstrated not only by the purchasing of art from Italy and the adoption of French card games but also instances of smuggling – particularly that of French silks.

Danielle also introduced the subject of class into discussion, pointing out that: ‘the people who are buying smuggled silks or going to the opera, who are going on the Grand Tour, who are corresponding in French with their fellow intellectuals around Europe, are the elite, and this is something that is paralleled today’. This is an element that I hope comes to be drawn out more in future salons.

Many insightful and interesting points were made in the following group discussion, but I was particularly glad that Sarah Grant introduced the subject of Anglomania (love of English style). She pointed to the Franco-English exchange between the two courts towards the late 18th century and encouraged us to think about some of the things that Europe drew from Britain (rather than just the other way around). For example, the fashion for horse racing was popularised by the Duc d’Orléans and the Comte d’Artois who imported horses and jockeys from England.

In the early days of the Europe Galleries project, we had spent quite a lot of time researching and considering the subject of Anglomania. There were initial intentions of forming a specific Anglomania display but this didn’t make the final cut, as the range of suitable and available objects to illustrate the theme was not felt quite strong enough to hold its own. I’m pleased to say that it still has a presence in the galleries, through this plain brown wool day suit, of which I have grown very find of, in Gallery 1.

This suit exemplifies the fashions of middle class Frenchmen in the 1780s, at a time when Anglomania  was extremely noticeable in French society and at the Court. You can read more about it’s Anglomania links here.

For me, it also introduces those tantalising thoughts of ‘what might its wearer have made of all the ideas we had been discussing?’ …