After months of anticipation, the V&A has finally gone public with William Kent. We’re officially on the website, tickets are on sale, and posters adorn the (for now, firmly closed) doors of the exhibition space. Top marks for knowing which spectacular marble hall they show: 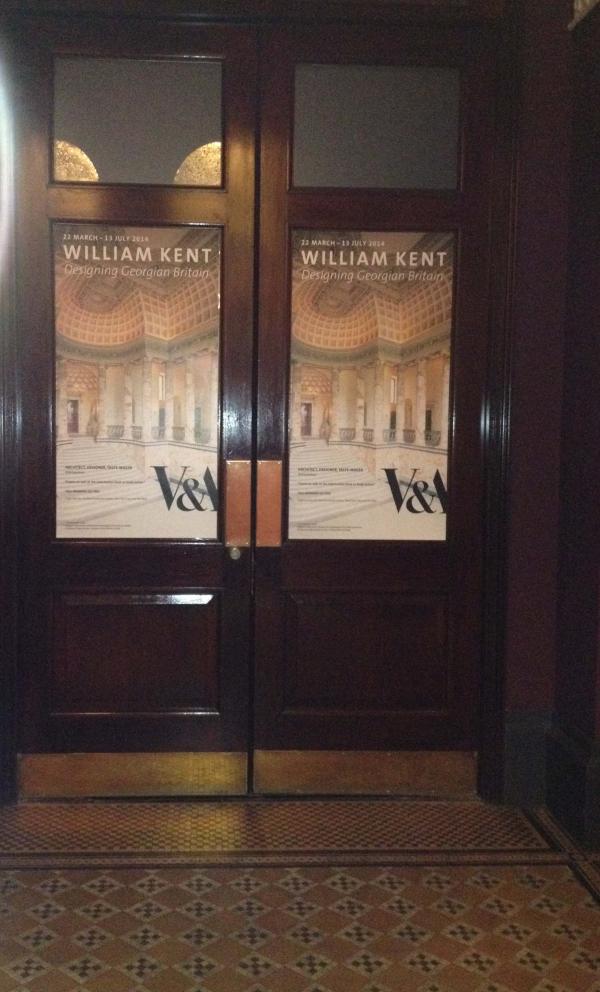 This grand entrance conceals the hive of activity going on behind closed doors, as building contractors transform the space from that which showed ‘Pearls‘ to the specially-designed layout of ‘William Kent’. As Security have reminded us, this is a working building site, and curators are not allowed to wander around without the requisite steel-capped boots/ hard hat/ space suit.

However, there is still a lot to do whilst keeping my delicate curatorial toes safely out of the way. While the majority of the objects are currently on display at the Bard Graduate Center in New York, we are making some great additions for the V&A version of the show. One of the most spectacular (and certainly the largest) of these new pieces is a beautiful architectural model of a Royal palace, designed by William Kent for Queen Caroline, and part of the Royal Collection. As you can imagine, installing a completely irreplaceable, 2.5 metre, hand-carved, 18th century model is no mean feat, and to make sure everything goes to plan the exhibition team needed to see the model in advance. So we went on a field trip to Windsor, where Rufus Bird, Deputy Surveyor of The Queen’s Works of Art, kindly arranged for us to take a look. I know I’ve always promised to lift the lid on the exhibition process, but it’s fair to say this time I got more than I bargained for… 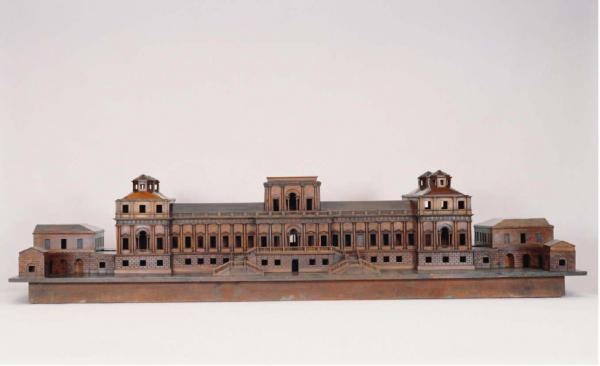 The model was designed by William Kent and carved by the carpenter John Marsden, who also executed designs by Kent at Rousham House and Berkeley Square. It was made in 1735 and is a proposed design for a summer palace  that was intended to stand in Richmond. We know all this from an article in the London Daily Post and General Advertiser from September that year, which mentions that Queen Caroline herself had been to see the model at Kew. The paper describes it as a “Hunting Seat for His Majesty to be built either at Richmond or Bushy Park.”  Unfortunately for Kent, and even more unfortunately for Caroline, the Queen (who was far more interested in cultural projects than her husband George II) died shortly afterwards in 1737, and the plan was never realised. 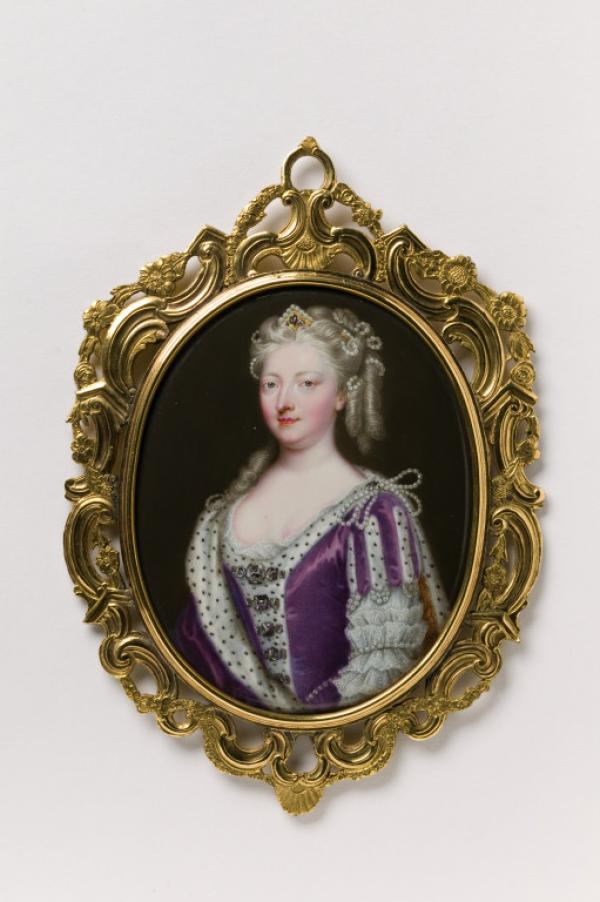 Yet as is often the case with historic objects this is not the end of the story, and the model’s short ‘working’ life has a series of institutional postscripts. The first record of its adventures dates from 1771 when it was sent to Hampton Court. Since then it has been moved several times, enjoying a long stint (between 1922 and 1965) at the V&A, being exhibited at Kew, and making a foray to the Continent for an exhibition in Turin in 1999. Moreover, it turns out there is more to it than meets the eye, as we were soon to discover…

The first thing we noticed about the model was that once illuminated by a torch there was a huge amount of interior detail visible through the little windows and doors. You catch a glimpse of teeny tiny staircases and subtle niches and recesses in far more detail than would be necessary had the model been designed simply to provide an impression of the palace’s exterior. “What if,” the curators surmised, “what if it was actually meant to be seen from the inside too? What if the whole roof comes off?” Naturally we weren’t the first people in Windsor ever to exclaim “Off with its head!”, and the conservator at  Royal Collection Trust kindly obliged, removing the small (modern) screws that secured the roof of the model.

It transpires that the model contains a detailed representation of the interior structure of the palace, which included an unusual cubic arrangement at the main entrance, a series of impressive state rooms, small spiral staircases for the servants and some form of central belvedere or viewing dome, which is now lost from the model’s exterior. There’s obviously some fascinating work to be done on Kent’s exact design for the Royal residence that never was, but for the purposes of the exhibition the model will be show with its roof on to give the visitor the best overall impression of the grand Anglo-Palladian palace that could have stood in Richmond. However to help you get the full effect we do have a little design trick up our sleeve… it’s a secret, but will hopefully ‘reflect’ our recent discovery.