Design is all about the interplay between the 2-dimensional and 3-dimensional, as ideas that start life on paper are translated into the objects that they predict. In the nineteenth century members of the Arts and Crafts movement challenged the separation of design from craftsmanship, in the belief that historically practitioners would have executed their own designs, and that contemporary design suffered as a result of the disconnect (not their term, obviously) between the designer’s ideas and the craftsman’s expertise in his tools and materials.  However, in the eighteenth century it would have been the accepted norm that designers were distinct from makers, and that design drawings could stand alone as sources of information and beauty. As is often the case today, it was the designer’s art rather than the craftsman’s skill that was chiefly admired and celebrated.

Large volumes of printed reproductions of designs reveal the appetite for what we would now consider coffee-table books containing the work of famous architects. In 1727 William Kent published ‘The Designs of Inigo Jones, Consisting of Plans and Elevations For Publick and Private Buildings’, two volumes of plates of designs for buildings and interiors by the famous English architect, along with some contributions by Kent’s patron Lord Burlington for good measure (and good publicity). 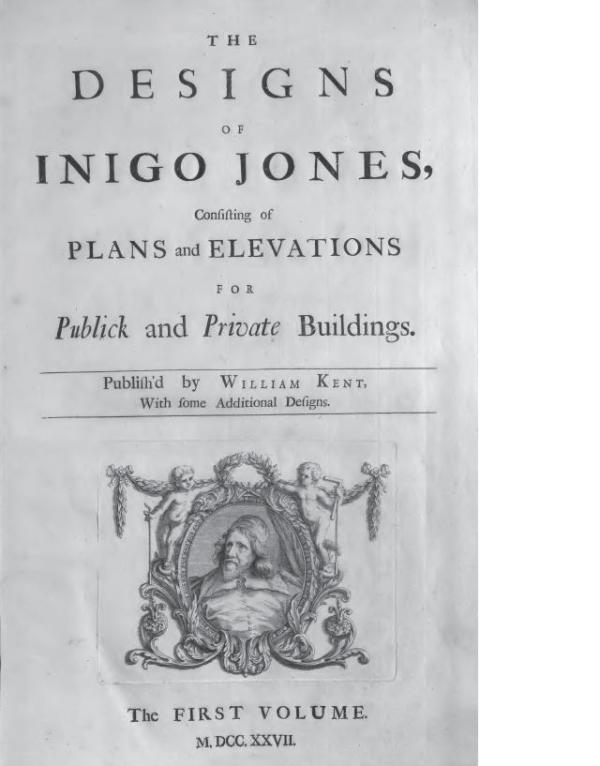 Frontispiece of The Designs of Inigo Jones…, published by William Kent in 1727. As was customary with books from this era, a portrait of its subject is shown within an elaborately engraved frame. © Victoria and Albert Museum, London

The exhibition design also involves interplay between the 2- and 3-dimensional aspects of Kent’s work, and the surface design will take inspiration from the graphics of the era. We’re still in the early stages of choosing what will work best, but one of the ways of separating the exhibition space into different sections is to use gauzes suspended from the ceiling to create ephemeral ‘walls’. We have been experimenting with different types of gauze to work out what will produce the best effect: 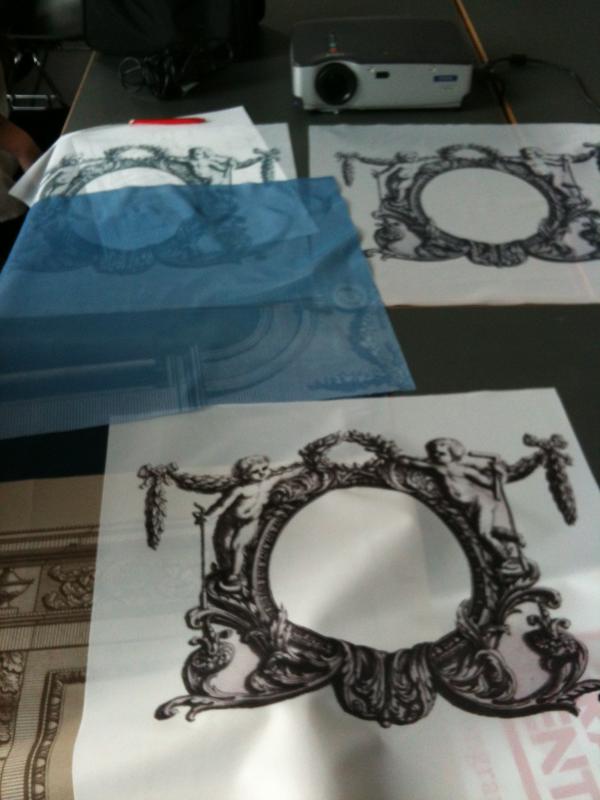 A snapshot of some white gauzes of differing thicknesses. Too flimsy and they won’t separate the exhibition space properly, but too heavy and they’ll drag and look very untidy! Does the frame motif look familiar? 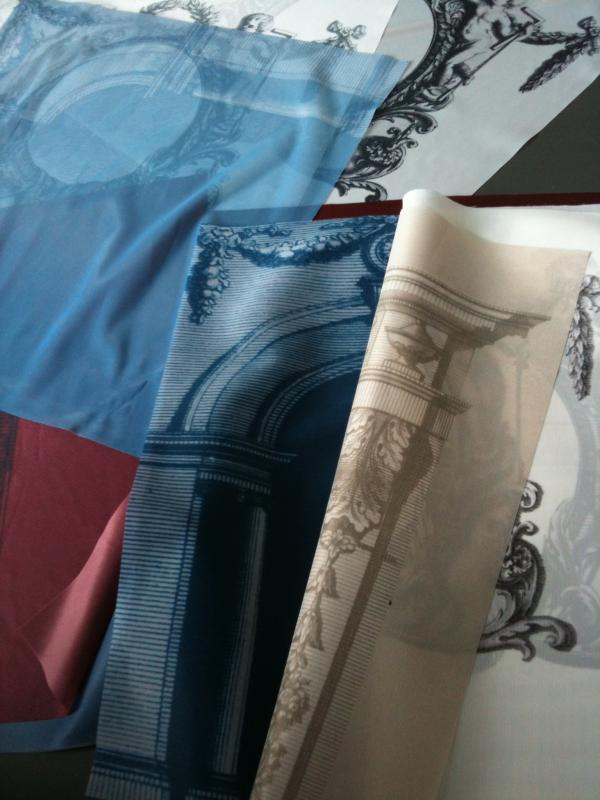 Rich colour was a key element of Kent’s work and the exhibition design should recreate this luxuriant atmosphere. Here the blue echoes the marvellous ceiling in the Blue Velvet Room at Chiswick, and the deep red complements extravagent furniture loaned from Houghton Hall. 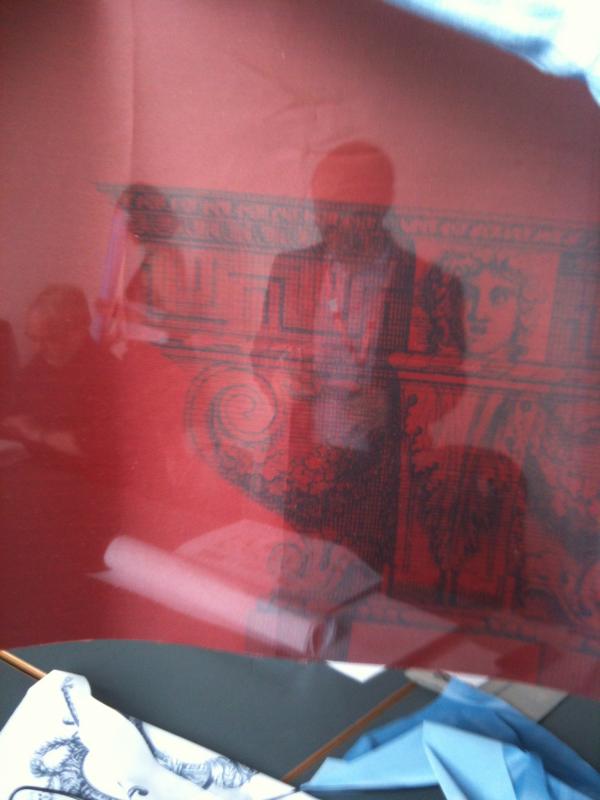 Through a gauze, darkly: a  member of the project team is dimly silhouetted behind one of the test gauzes