I don’t know about you, but I was very relieved to read that Dick van Dyke escaped unscathed from the jaws of death last week. Having spent my childhood learning about Women’s Lib from Mary Poppins and my student years studying the complexities of the American healthcare system by way of Diagnosis Murder, I’m very pleased he’s OK. And so to celebrate, I spent the wettest bank holiday Saturday imaginable watching another personal van Dyke favourite: “Night at the Museum”. The premise—that the exhibits in a museum come alive at night—is something I think about a lot in relation to the objects at the V&A. Since the movie is set in the American Museum of Natural History where the artefacts are of humans and animals, it’s not such a stretch of the imagination (once you have, you know, discounted the fact that it’s impossible) to believe that objects do have an internal existence, that they could walk and talk and maintain the personalities they had in life. Yet this is a bit harder to imagine when, as is the case in this museum, the objects never breathed or spoke in the first place.

However, as the inimitable Lumiere, Cogsworth et al show in Disney’s 1991 Beauty and the Beast (stop me if this is getting too high-brow), inanimate objects can exude personality if given half a chance, and some do try very hard indeed. 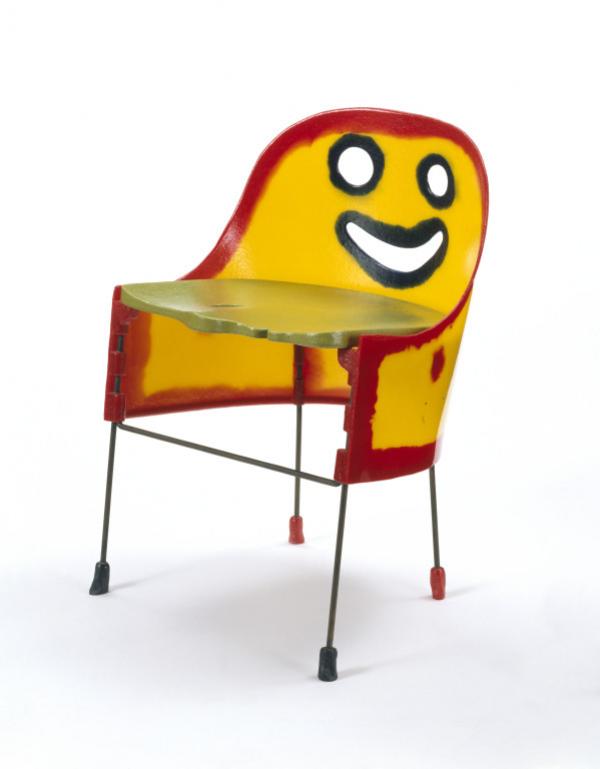 Even when objects aren’t designed to be quite so vocal, they can still be very expressive. Imagine, if you will, the personalities you might give to each of these chairs if required by a bored and insistent five-year-old: 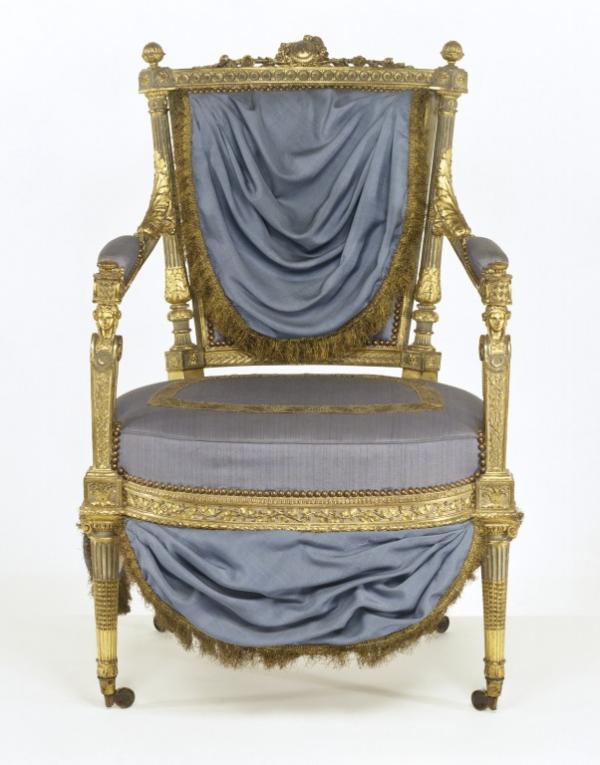 Armchair by Jean-Baptiste-Claude Sené, ca. 1785. Carved walnut with the monogram ‘MA’ for Marie Antoinette.  Museum number W.6-1956 © Victoria and Albert Museum, London. The armchair bears all the hallmarks of neoclassical style, popular in France after 1775, and was almost certainly made for Marie-Antoinette’s cabinet de toilette at the Palace of Saint-Cloud. 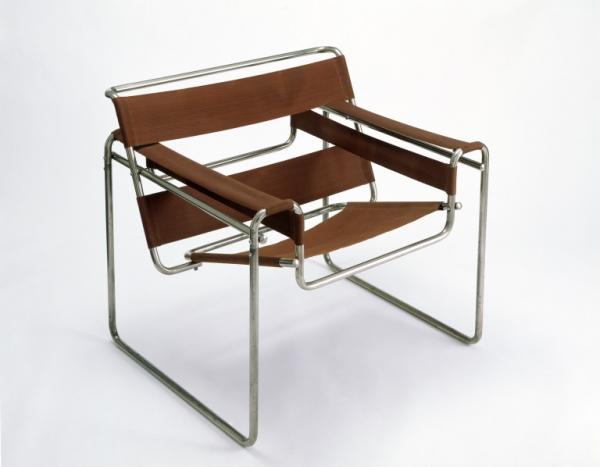 Club chair, model B3, designed by Marcel Breuer 1925-1926. Tubular steel with red canvas. Museum number W.2-2005© Victoria and Albert Museum, London. Breuer was influenced by constructivist philosophy and inspired by the tubular steel of his bicycle frame. It was the first chair to be made of tubular steel.

The one is female, French, very prissy about her appearance and proud of her posh Italian ancestry. The other is probably male, athletic and very practical, keen to learn things by trying them out first-hand. It’s pretty easy to work out which is which. Yet the problem faced by historians of objects is trying to determine what the chairs themselves are actually expressing, and what we think they’re saying based on our knowledge of their historical context. Are we learning about the past through the evidence of the objects, or are they just a less terrifying version of a ventriloquist’s dummy?

The balance between using objects to illustrate ideas taken from written sources and using objects to demonstrate their history in their own right is hard to achieve. We know, for example, that Sir Robert Walpole commissioned Kent to carry out much of the interior design of his house Houghton Hall, but to limit exposure of his somewhat interesting finances, Walpole wisely destroyed most of his written records. Therefore we only have the chair’s appearance to testify to whether or not it was designed by William Kent. 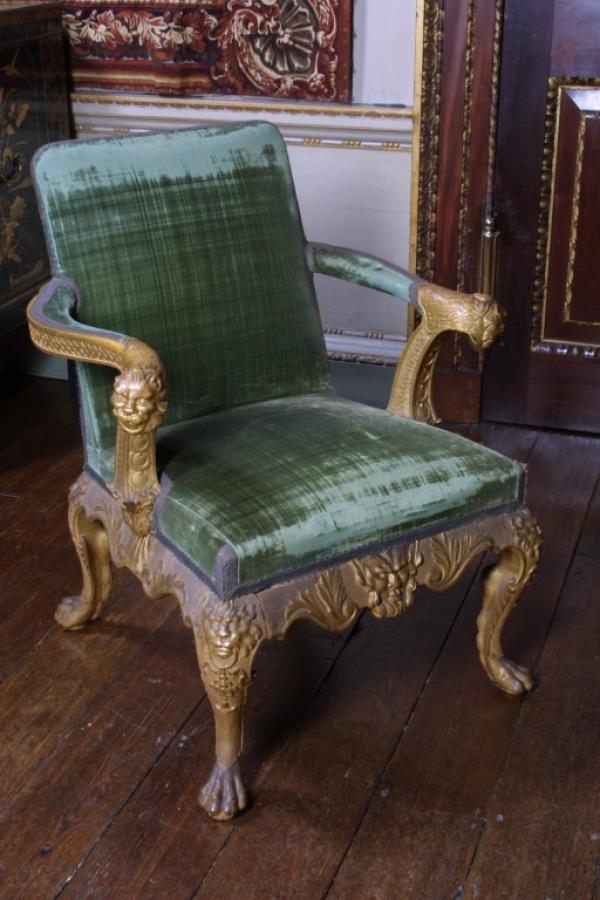 Armchair for Houghton Hall, attributed to William Kent, 1732. Museum number W.49-2002 © Victoria and Albert Museum, London. I can’t guarantee that it talks but mobility shouldn’t be a problem- look closely at its ‘feet’.

We’re showing this chair in the exhibition but although it’s a V&A object it’s usually in its original setting of Houghton Hall. Because that is the other thing one imagines Museum objects would express if they could– their sense of disorientation (and perhaps displeasure) about being plucked from their natural habitat. Much like the Pharaoh in “Night at the Museum” who speaks perfect English after many years on display in Cambridge, the impact of museum display can vastly alter an object’s personality. The William Kent exhibition designers are working very hard to create a second home for the objects by providing authentic atmosphere and context, and next week we’re taking a trip to Houghton to get a real sense of how this chap would have sounded when he was first alive almost 300 years ago.