Recently I have been to an interesting series of Social Design Talks. These discussions are based on the idea that designers employ unique working practices that can be adapted and transferred to other sectors for the purposes of social improvement. Whereas many public and private organisations tend to measure success as the extent to which the final outcome mirrors the original plan, the point of so-called ‘design thinking’ is that while there is an ultimate goal, achieving it is expected to be a process of trial-and-error and constant modifications. It might sound like a glib mantra from an episode of The Thick of It, but in the process of design alterations are less admissions of failure than an integral stage of success.

One of the most fun things about curating designs is spotting how ideas evolve in these stages between initial sketch and finished product. And like all designers, Kent’s work reflects this process. Take, for example, this design for a monument to the soldier and statesman James, 1st Earl Stanhope. 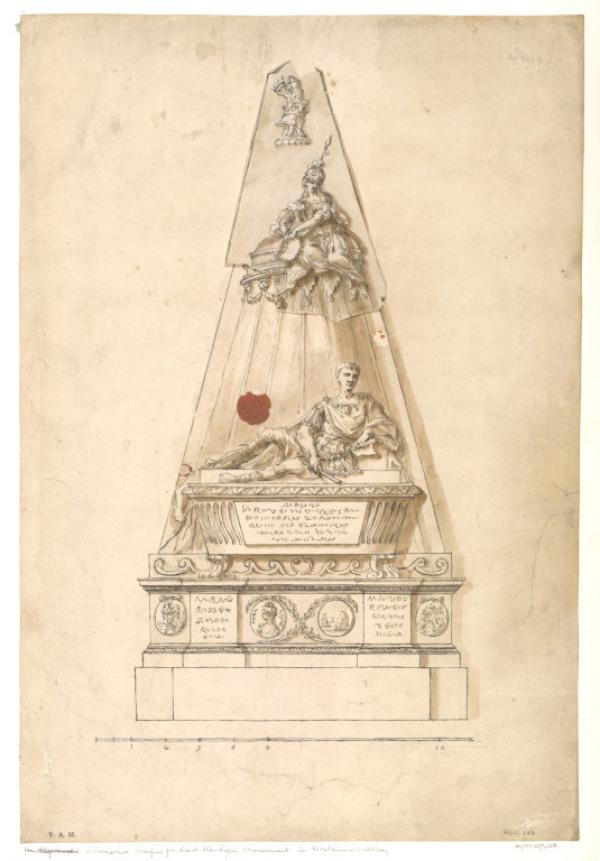 It looks like a fairly finished presentation drawing, with some squiggles to represent writing in the lower portion, and a little scale to show its size when it becomes a statue. This is definitely the type of drawing that a designer shows a client to present their ideas in an attractive and assured manner. Yet despite the confident ‘this is it!’ style, the design has a secret. The top section is a flap, and underneath is an earlier (or perhaps just an alternative) version: 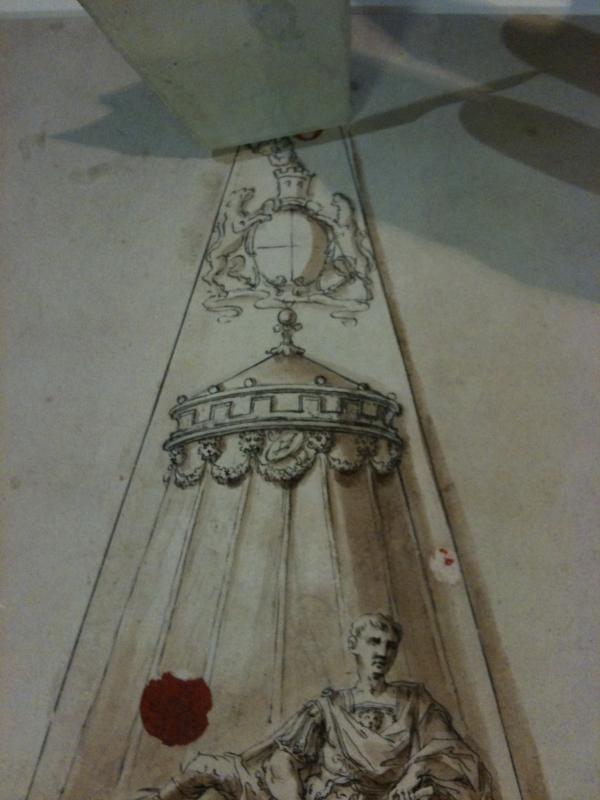 An alternative treatment of the upper part of Kent’s design for the monument to James, 1st Earl Stanhope. © Victoria and Albert Museum, London.

Yet this still isn’t the whole story. The monument was erected in Westminster Abbey by the sculptor J.M. Rysbrack and the version that you can still see today is different again, also including a putto (art-history speak for a chubby male child) and the Earl’s coat of arms: 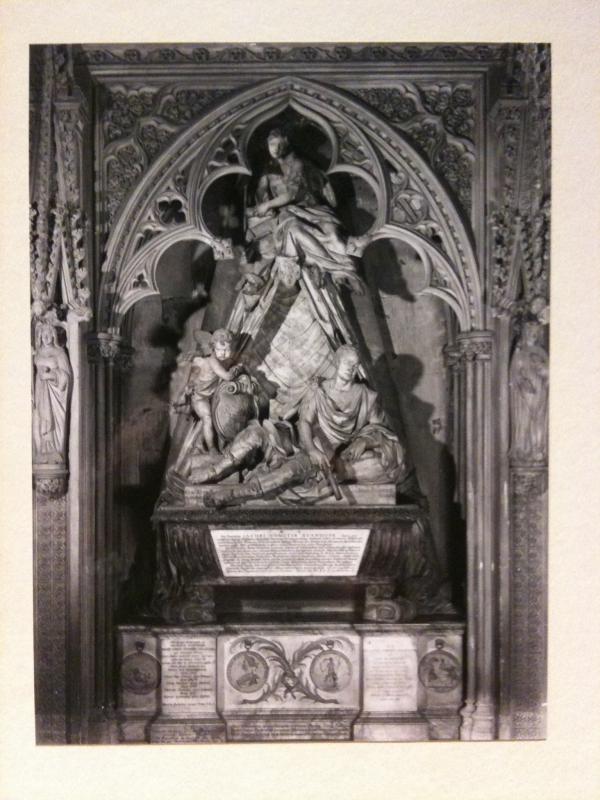 William Kent was paid the princely sum of £50 for his design, but the evolution in the monument’s appearance reveals the various parties at work in the project. Stanhope himself had died in 1721 so obviously had little say in the matter, but this was a commission by his family for one of the most public spaces in London, and Kent therefore had to produce something that suited their requirements. Moreover, Kent’s design was filtered through Rysbrack’s hand and his sculptor’s tools. Thus the final monument is not simply the result of innate creative genius but the outcome of a multi-faceted process, of which individual brilliance is only a part.  This is perhaps an unromantic view of artistic production but is, I think, a more interesting understanding of why objects look the way they do.

In his book ‘A History of the Modern Taste in Gardening’, Horace Walpole (1717-97) wrote that William Kent was “born with a genius to strike out a great system from the twilight of imperfect essays”. By showing different stages in design including the unsuccessful attempts or imperfect essays, the exhibition aims to explain Kent’s creative ingenuity and talents in their context, rather than assuming that his art, or Georgian art generally, greeted the world already fully-formed.