If any proof were needed about the evocative power of music then I’d be hard pressed to think of a better example than Handel’s Zadok the Priest. Is it possible to hear the swell of the music, the rousing trumpets and the powerful harmony of  voices rising in triumphant celebration without anticipating the drama and sense of occasion that it accompanies, the attendant stirring of national pride, the excitement and majesty of the… Champions League? Fortunately for those of us who know more about arenas than arias there are lots of places to find out about Handel at the moment, ranging from our very own V&A Archives blog to a new exhibition at the Foundling Museum about Handel’s Music for Royal Occasions. The most famous of these pieces, Zadok the Priest, has been performed at every Royal Coronation since 1727. And in a pub near you most Wednesday nights in March.

The history of Handel’s court music is interwoven with the history of William Kent’s work for the Hanoverian monarchs. These Royal Occasions which included marriages, coronations, funerals and parades, were intended as magnificent spectacles to dazzle the senses, and Handel’s treats for the ear were complemented by Kent’s feasts for the eyes. The link between the two is shown by an object that appears in both the Foundling Museum’s exhibition and our own: 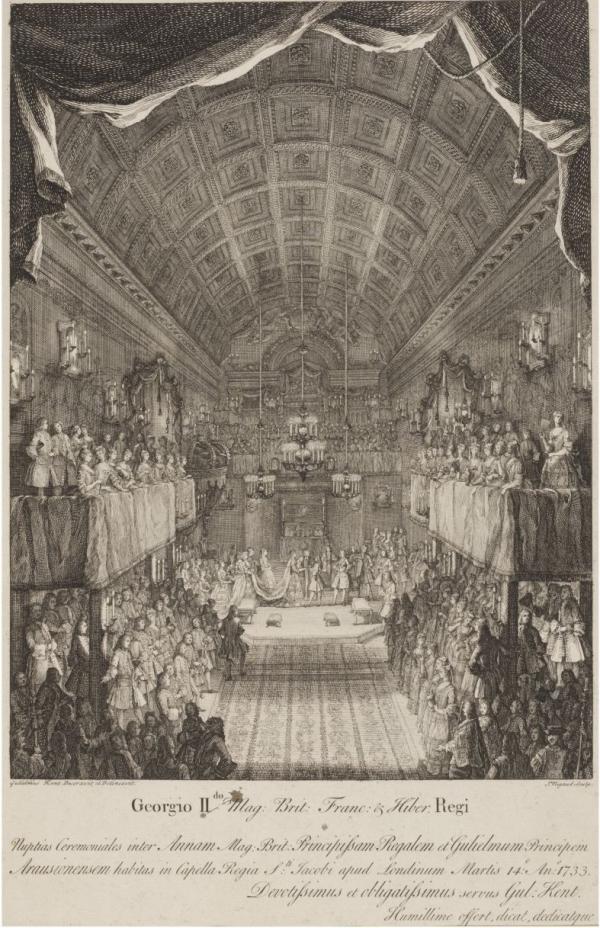 An exhibition devoted to Handel of course focuses on the audible as well as the visual, but historically there has been (and there remains) a perceived hierarchy of the senses, with the more elevated senses of sight and hearing placed about the ‘lower’ faculties of taste, smell and touch. This late 17th century paper, used to line a travelling trunk, clearly shows that sight take precedence over the other senses: 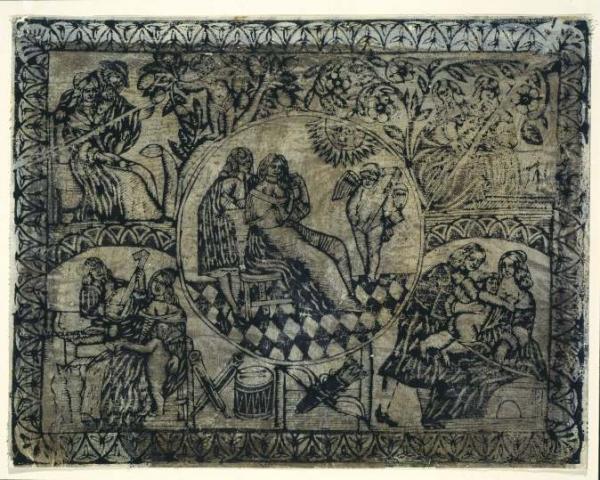 Today sight still reigns supreme, yet  recently cultural historians have followed anthropologists in thinking about the other senses too, considering how people’s lives are full of multisensorial experiences. Particularly interesting is the phenomenon of synaesthesia, which results from the brain blending together stimuli from the different senses. More widely, David Howes has written about “cultural synaesthesia”– the idea that our sensual experience is (like most things) culturally dependent rather than historically absolute. A recent exhibition at MoMA likewise focussed on the idea that “how we listen determines what we hear”; that is to say, sound is not a constant truth that is simply transmitted to the listener, but subject to cultural and personal mediation and interpretation. What Handel sounded like to Kent is not necessarily what it sounds like to us, and what Kent’s designs looked like to his contemporaries in their noisy, tactile, smell-filled surroundings is hard to approximate in a museum environment, especially when viewed through our 21st-century eyes. Perhaps it is also true that how we look determines what we see.

Even though there is no way of transmitting ‘real’ 18th-century sound, there will be some areas of the exhibition that include audio and it’s important to avoid too much anachronism by making the sounds as authentic as possible. For the section on Kent’s designs for landscapes we’re very grateful to the British Library’s Sound Archive who have provided us with a recording of the kinds of birds that Kent’s clients would have heard as they strolled through their gardens. What the sheep sounded like though is anyone’s guess. 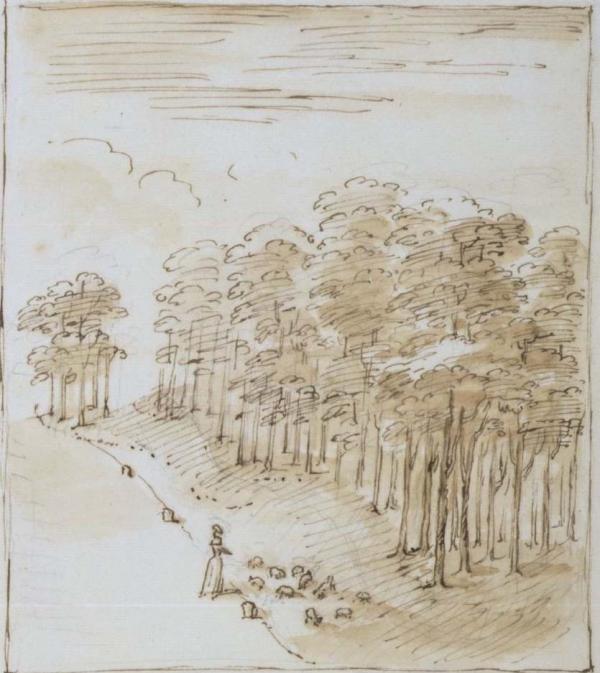 And of course we have some Handel too, played on the same kind of instruments used in the 18th century, providing atmospheric context to the section of the exhibition focussed on Kent’s work for the Royal family.  Water Music will be played on a very long loop so as not to drive to distraction the gallery attendants who work long hours inside the exhibition, but actually it seems that this is exactly what George I did too when he first heard Handel’s new composition– I learnt at the Foundling Museum that he enjoyed it so much that “he requested it be played three times during the same evening.”