I never though I would spend a morning running around the Museum looking for a dog, but it transpires that you can never quite predict the day’s task when it comes to exhibition design. In this particular battle of wits I had youth and speed on my side since the dog is almost 300 years old and made of paper, but nonetheless it managed to hide for quite a while before I eventually tracked it down. But let’s start at the beginning…

William Kent was a master doodler, and his marginal sketches frequently appear in his design drawings. As well as ostriches, priests and playing rabbits, one can find little dogs wandering about all over the place. Sometimes they’re frolicking in the grounds of Chiswick, and sometimes they’re behaving well, like these hounds: 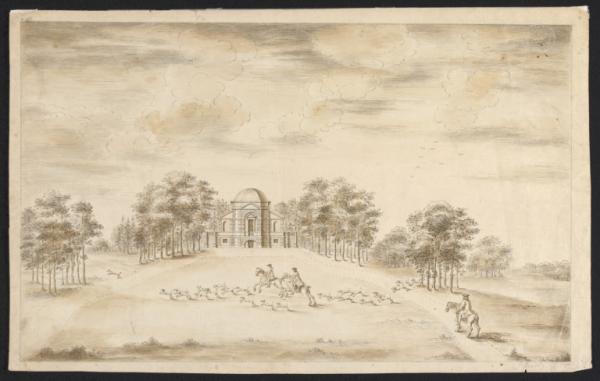 Other times, they’re not so obedient– a particularly naughty pup can be found urinating on the shoe of his master, Lord Burlington, in another drawing owned by Chatsworth, and illustrated in the exhibition book.

A little Kentian dog is, therefore, part of the atmospheric context of Kent’s designs, and something that will be used in the exhibition to create a sense of the playful character of many of his drawings. So far, so good. The problem was, however,  that the particularly cute begging dog that we wanted to use was circulating only as a digital image, with no clue about which drawing it had come from.

It was then that I started to realise just how many drawings by William Kent we have. Could this little chap be a background detail in one of Kent’s 30 illustrations for Edmund Spenser’s ‘Faerie Queene’? 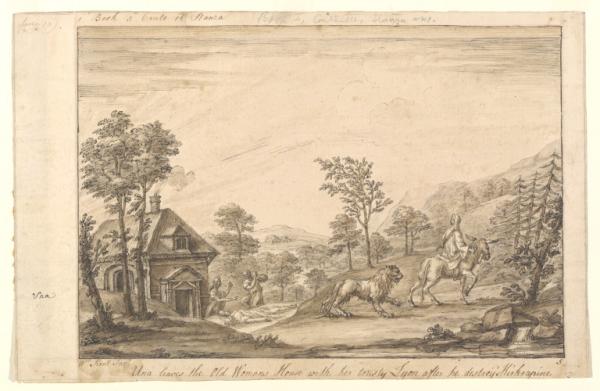 Every object is photographed and available to view on Search the Collections, but we couldn’t find him there, or lurking in the background of any of Kent’s other evocative sketches: 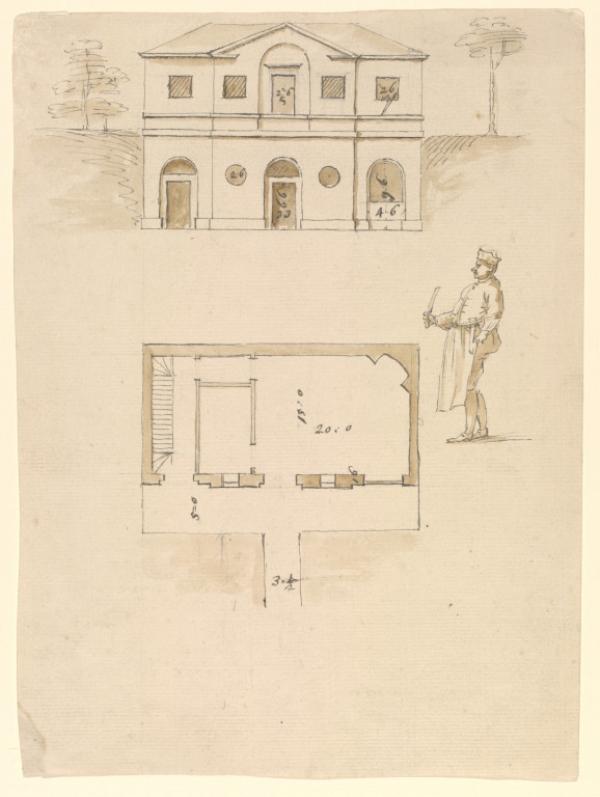 Back to the drawing board then, and to the exhibition designers’ original source of the image– the booklet that had accompanied the last (that is, the only) V&A exhibition about William Kent, in 1984. All exhibition catalogues are kept in the National Art Library and I tracked it down here, on the mezzanine above the reading room: 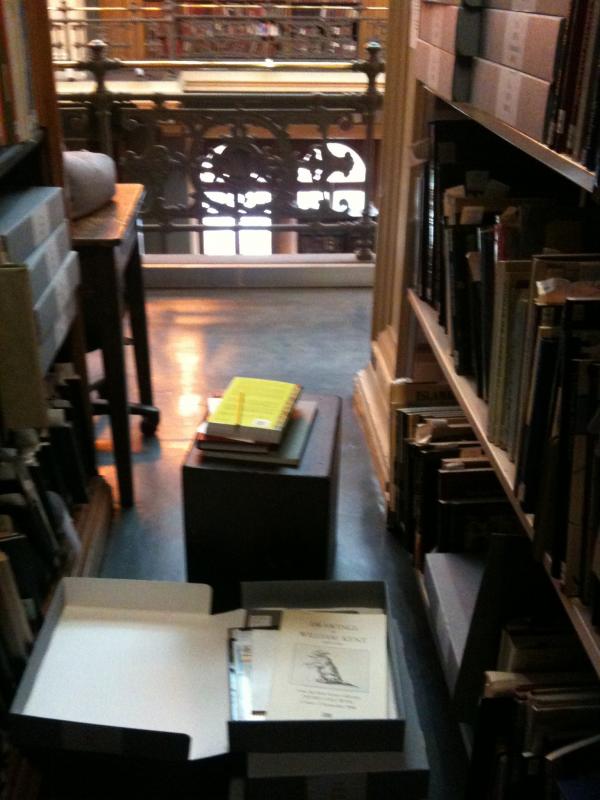 The credit line on the booklet said that the dog was from an architectural drawing by Kent of a Gothick folly: 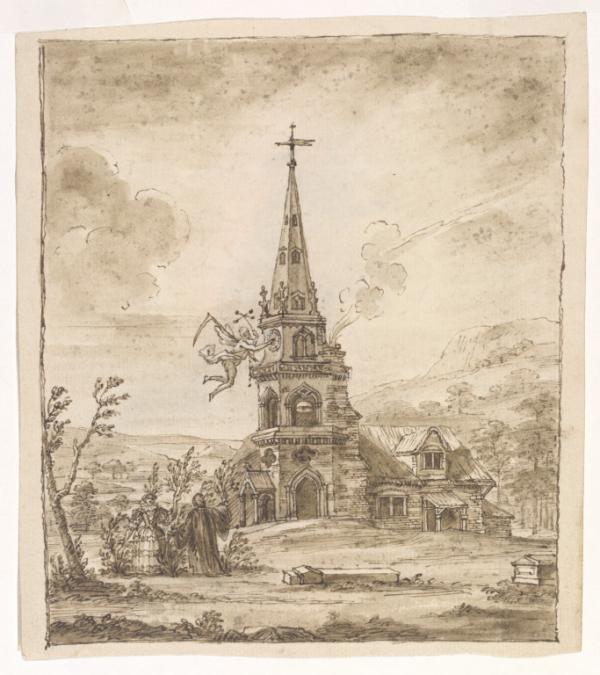 Can you see him yet? Me neither. Fortunately this object is still at the V&A rather than on a wall in the exhibition in New York so I went to check the drawing itself, in the Prints and Drawings stores: 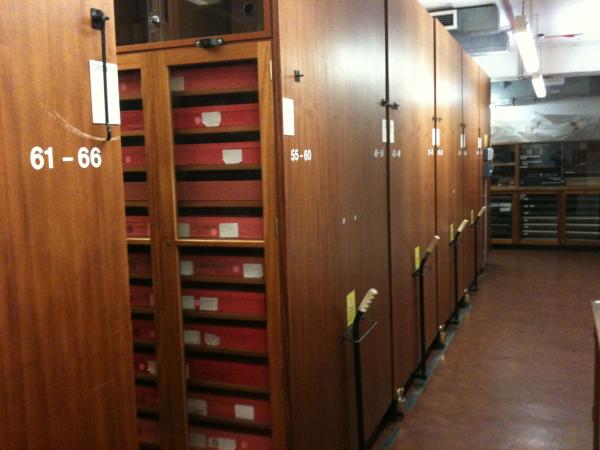 Here I found the dog, patiently waiting, begging (and maybe laughing at me a little bit)… safely hidden on the back of the drawing. Voila! 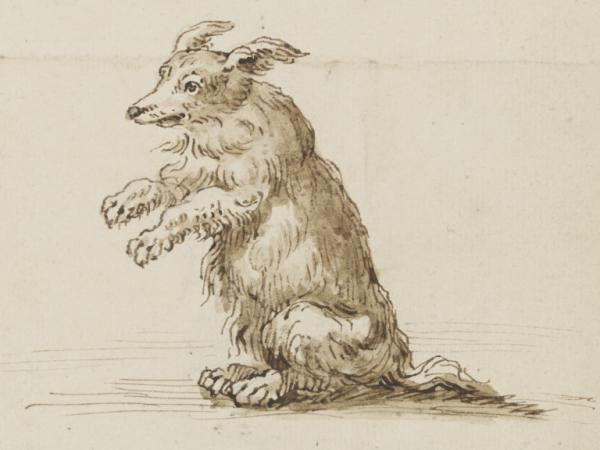 Come and see him in action at the V&A from March.