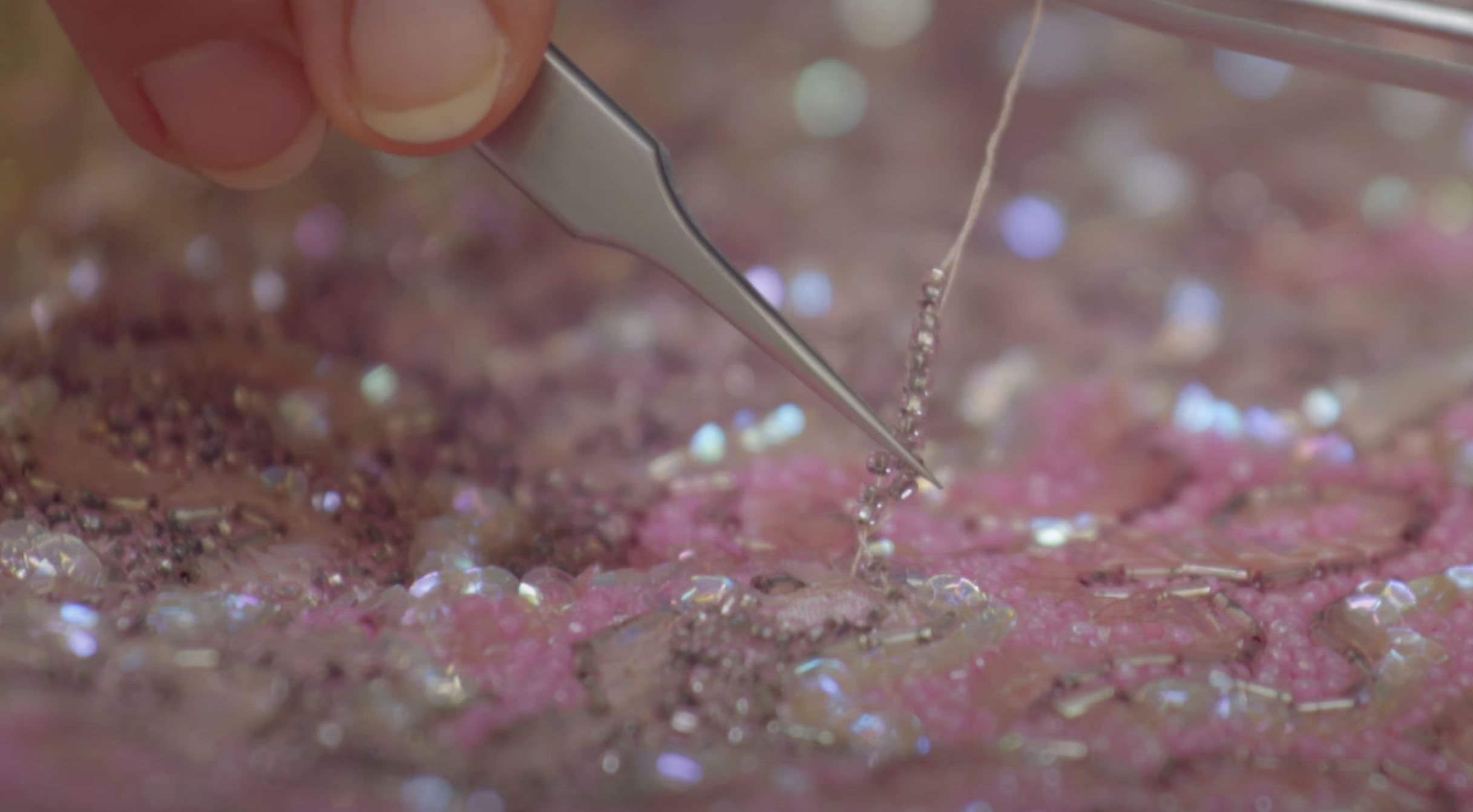 Earlier this year – it now seems much earlier this year – we commissioned Julie Rose Bower to come into the V&A and capture two films of objects being prepared for the Theatre and Performance galleries. There were two parts of the process we wanted to capture, firstly a preparation stage by curator Yona Lesger (which took place in our stores at Blythe House), and then secondly a stage in the conservation studios, led by Susana Fajardo.

I was hoping that making a film about the noises our objects can make might prove interesting – and there was wonderfully tantalising about hearing Charlie Chaplin’s hat, selected, of course, to be used for a silent picture. For this post, I asked Julie a few questions about her work.

If you’d like to check out the film links below, you might want to put on headphones for the full effect.

Tell us a little bit about your practice – you’re studying at the moment?

Yes, I am an artist and practice-based researcher right now in the middle of my PhD examining the gender politics of sound design. The project is called ‘This is what a feminist sounds like; performed sound design from Foley to ASMR’. I’m examining the ways that sound evokes touch, and how touch figures the feminine.

For those who don’t know what ASMR stands for, could you say a little about how it works?

Autonomous Sensory Meridian Response (ASMR) isn’t very well understood at the moment because it was only recently recognised to exist. It is a tingling, relaxing audio-sensory phenomenon that developed an online subculture after a young nursing student from Nottingham created a YouTube channel called ‘WhisperingLife’. She used to listen to all the whispered diary room entries of Big Brother contestants because she liked the way they made her feel so much that she created the first intentional ASMR video, ‘Whisper 1 – hello!’

That video should be made into a national digital monument. She launched a movement!

Yes, I really like a number of makers and I discover new ones all the time. My favourite is Latte ASMR. She goes the extra mile with her scenarios and I feel ASMR becoming cinematic with her more sophisticated approach. I also love Frivolous Fox and Gentle Whispering – they are very accomplished makers and I really respect them. Xhosa ASMR is pushing the form doing lots of different types of video and I like her ‘fast and aggressive’ which I am not usually a fan of! Of course SAS-ASMR is amazing with her beautifully realised mukbang eating videos; she is also the most popular.

How many people were involved in making the films? What was it like working in the V&A?

We were a team of 5 people – 4 on set (camera, sound recordist, director and assistant director) and then I worked with an editor in post-production. It was an unusual videography project – ASMR is very personal and this is so different from mainstream ASMR, I had to be extremely specific about what the look and feel was going to be. Alex the cameraman was in constant motion and I watched on a large monitor. The sound recordist and I wore headphones on the shoot which I insisted everyone take a turn with because what we were doing only made sense when you could hear it. I remember the V&A content producer visiting us in the conservation studio and the moment when she put the headphones on a big smile came onto her face – it was very calming. There were long sections of the shoot where I was happy with the shot and just let it play out as the museum experts did their thing, super-long takes. The longest was 45 minutes of Yona reboxing the entire Henry Irving costume!

Do you think we understand the object better when we’ve got more sensory experience of it?

Much of what we captured makes very little sound for the third-person observer. With the microphone setup that we made, you can hear what V&A conservator Susana herself feels as she works – every thread, every sequin, every bit of old sweat from performances past that she lifts so the costume doesn’t degrade further. It gives a sense of lived experience – what it feels like to be around these special objects on a daily basis. I remember that Yona can identify a gold lamé cloak worn by Judi Dench on the rail without unzipping the garment bag because of the rustle it makes when she touches it. Really, what the sound gives is the feeling of touch – which is reciprocal. You can’t touch something without it touching you back.

Can you tell us a little about the equipment you used?

We shot in 4K using a Sony a7S II camera with Canon L series lenses. The most important kit was the microphones – there was a matching pair of Neumann mics right and left, and a pair of lapel mics at the tabletop level which acted like a pair of contact mics for things sliding across and impacting the table surface. Directly above the working area we placed a Sennheiser Ambeo ambisonic microphone, which is actually four microphones in one and enabled us to pinpoint the directionality of sound with gorgeous sound quality.

It was an extractive rather than an additive sound design – I would watch the images and then go hunting for the sounds. The number of microphones meant there was a massive amount of potential for giving emphasis at key moments by selecting and combining different microphones. Favourite moments include the sound Charlie Chaplin’s hat makes when it exits the box and, of course, the invisible glasses – who knew they would make a sound at all? Yona removed them from the box and the arms gave this wonderful, spring-like boing. Invisible, but not silent! You would never know that without handling them.

Will you make any more films like this, do you think? Is there an object in the V&A you’d love to work with?

Actually, there were great suggestions in the comments on the videos. That is how ASMR culture works – timestamps and requests. People tell you what worked for them and then ask for more of it such as furniture with little drawers, brushing little crevices in carved wood. Things I wouldn’t necessarily have thought of but once someone gives me the idea I can sense what might be satisfying about that.

For me, more interesting than objects are the interactions with them and the processes that are unique to the museum environment. There are lots of behind-the-scenes V&A moments that would be great to document in ASMR videos: changing the sheets on the Great Bed of Ware, the arrangement of the ceramics in the cabinets, bee-keeping on the roof!