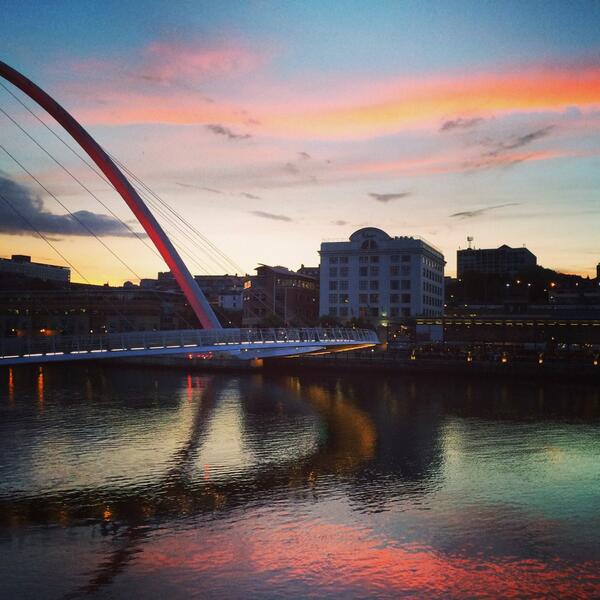 It’s the beginning of the twentieth century, and you own a small factory in Wallsend, up the river Tyne from Newcastle. You’re considering whether to ditch the steam engines and get your factory plugged into Charles Merz’s new Neptune Bank Power Station, the UK’s first electrical power distribution system, based on Nikola Tesla’s discoveries at Westinghouse.

It’s cheap. It’s efficient. It’s the future. But who in your company knows about this new energy source? Who understands how to buy it, how to ensure consistent supply, and also how to explore its potential?

As electricity became a utility, a shared resource essential to business operations but inconsequential to competitive differentiation, it no longer required a separate staff to watch over it. It became a routine and largely invisible element of operations, marketing, product development, purchasing, and other traditional functions. Chief electricity officers disappeared, their work complete.

Nicholas Carr, What’s a CIO to do?

The role of Chief Digital Officer (or CDO) is much like the Chief Electricity Officers of yore, argued Koven J. Smith in a discussion following his opening keynote at MuseumNext 2014. This year’s conference was held in Newcastle, close to where (I later found out) the UK National Grid began.

Koven explained that electricity is now just a thing we all use, and that digital media are the same: there won’t be such a divide between digital media teams and the rest of the organisation. Instead all those content creators and producers will know the best way to communicate this content, whether that’s through an API, say, or via an exhibition. They’ll not just know to create that content, they’ll know how to code. The risk with having a CDO, Koven argued, was that it excuses people of not needing to know about digital.

I completely agree with this sentiment: that it’s just not good enough for people in our cultural organisations – any organisation – to get away with saying they’re a Luddite, or simply not interested in technology or digital media. Guaranteed there’ll have been folk back in that factory in Wallsend saying this new-fangled electricity thing wasn’t really relevant to them, that they weren’t interested in it, or in understanding how it works. And to an extent that’s fine: I certainly don’t know about the intricacies of energy trading, or of exactly how the grid works – nor do I need to. But I do understand about circuits, about bulbs and voltage, about various different energy sources and the pros and cons of each. The same applies to digital media: while they needn’t know about data modelling in Python or the Dublin Core, everyone (and I mean everyone) working in our museums and cultural institutions needs to know digital media basics.

Back in 2012, Gartner was predicting that 25% of businesses would have a CDO in their top team by 2015. Fast forward a year or so and Forrester was questioning whether the CDO was a fad or the future and earlier this year reported that just 1 percent of firms plan to hire a chief digital officer  in the next 12 months.

Clearly a lot has changed in the last two years. The job title of CDO is certainly faddish, so let’s not fixate on that. So while we might not be recruiting CDOs any time soon, I’d argue that right now we do need more digital leaders in our museums. We need these digital leaders because, as new media artist Victoria Bradbury put it (over a few post conference beers), ‘When electricity becomes as mundane as turning on a light switch, who’s going to be the one to show people there are more interesting things electricity can do?’

We do our job right, we won’t need job titles like Chief Digital Officer or Head of Digital Media in five years’ time. We’ll be in tech, content or comms or wherever it is we came from. One thing’s for sure: without those digital leaders today’s cultural organisations will not be exploring the true potential of digital media.

I struggled a bit with Koven’s talk – not because I disagreed but because I kept reflecting back to the days when offices had secretarial pools. Having people learn how to type was a big thing so it was easiest/best to have a specialized area where people could efficiently handle the work.

I’m going to show my age but I started off in a ‘word processing’ pool that quickly turned into a Helpdesk as I found myself having to train others on how to operate the software, especially whenever there was an update. Soon I was installing email and spreadsheets on our computers (Mac IIfx/cx) and majority went from confident to ‘wait what?!’

Even today, many offices have the majority of people who know how to operate the item in front of them but there is still a need for a specialist to guide on where and what to purchase and how to operate the new technology. It’s great that everyone knows how to type and send emails, but change a pc person to a Mac and they freak. How will they react with new technology or bigger question, know if new technology is right for them?

As Carr eloquently puts it in the post you link to: “It’s the person, not the position, that matters” and it’s interesting, and very telling, that he wrote that piece a decade ago yet it still feels relevant.

I’ve always found the Chief Electricity Officer line curiously at odds with my own experience. The ‘electricity’ analogy seems a bit creaky because electricity provides a means-to-an-end; ‘digital’ is difficult to pin down, it takes on different definitions, it morphs and changes, and it’s precisely for those reasons that I’d argue you need specific people with skills and expertise to help navigate often uncertain waters (and will do for a good while yet).

Koven wrote a great post to accompany his talk at http://kovenjsmith.com/archives/1446 where he positions digital as a mindset as much as a medium. I completely agree, I just don’t think that organisations – particularly unwieldy, hierarchical cultural institutions – will get there without the right people steering. Employing a CDO might be the answer for some, a more (ugh) mainstreamed approach for others; as with everything, there’s no one-size-fits-all…

Mar – I agree. And I’d add that there isn’t just a need for specialist advice on what to purchase and how to operate it, but a need for a strategic steer on identifying how that technology helps deliver business goals, too.

Hugh – you eloquently nailed what I’ve been struggling with too. Electricity is in many ways a lot simpler than digital media which, as you say, have a tendency to shift and change radically. And yes, I completely agree that it’s definitely about mindset. That mySociety definition is really useful here: digital is shorthand for ‘we accept the internet values of usability, needs focus and agility’.

We, the creative and tech savvy people; we are the makers of experiences, and we need to be the educators, assisting exhibition and content making team members in understanding contemporary technology and interpretation methods until ‘digital media’ ends up in the drawer of forgotten buzzwords together with ‘new media’ and ‘chief electrical officer’.