There is a lot written about digital technologies and how they might help visitors engage within museums. However, this is often very focussed solely on technical aspects and frequently seems to assume that people will use this tech as intended. But of course, people bring their own ideas, habits and preferences to the tech, and it cannot be assumed that they will do what we might have expected. So what can we do about this, to help refine the design of digitally-mediated museum experiences?

Well, one way is to watch people using them in the actual spaces they are available…

This post looks at a recent study of direct observation of visitors using three different digitally-mediated museum experiences. Two at the Natural History Museum and one here at the V&A, both in London. By a combination of observation and video-recording behaviour, it took a detailed look at people’s ‘natural’ behaviour using them, at the group interaction in these shared spaces and at the often-ignored physical responses within user interaction.

Thoughts here are based upon my notes from a presentation by the authors, of their interim findings of the research project. This took place on 9 September 2014 at the Natural History Museum.

I am grateful to the authors for their permission to post about their research ahead of publication. They will be presenting their research more fully in due course, but it’s great that we can share some of the ideas to a wider audience in advance. I am also grateful to Emma Pegrem for arranging this event for dispersal of this research. It is hoped this summary will be of interest to those of us who develop exhibitions, digital exhibits, are interested in family learning in museums and how group activity affects use.

This is not a detailed review – it’s my takeaways and musings. Apologies for the image quality. They were taken on my phone…

There is more detailed information about the project at the foot of this post.

What people do with their bodies

You can’t measure physical reaction to digital services with interviews, you have to observe it. It was really useful to see what the researchers found by observation of people. This was done directly and by the use of cameras worn by the people being studied (cameras were Autographer, but GoPro or similar would work).

Here are interesting things that came out of their observations…

One of the recurring themes described in the results was that the physical space affects presence and influences atmosphere. In other words, the feel of an experience is crucial. In describing the Cocoon space at the Natural History Museum, the curved shape of the space mattered to the people within it. It was described as egg-shaped and having a ‘natural’ feel to it. Visitors described it as feeling modern and inspiring of adventure. It was a roomy space and visitors appreciated there being enough space to run around in, with one parent using this as an incentive to their child. By contrast the Treasures Gallery incited a sense of exclusiveness and mystery in visitors.

Interaction as a shared experience

One of the digital features being observed was a large touch table in the Cocoon at the Natural History Museum. The large size of the exhibit was crucial to allow family members to collaborate by enabling joint attention. It appeared to be successfully enabling families to do something together.

It was interesting to see how familiarity affects expectation. On the Cocoon touch tables, there was evidence that children expected touch screens to react like their familiar technology – things they all use frequently like smart phones and iPads. They appeared to find interaction difficult if it worked differently to their normal daily experience of interaction. They have technology pre-expectations which may cause them tension if not met by museum experiences. This is an inportant point. For any digital interactive, the initial “commitment cost” to the end user of figuring out how something works is a crucial design choice. Typically for self-directed audiences (as apposed to those who have chosen to buy into an experience for a set duration like a show) , this needs to be low or people will give up and wander off unless there is some other strong incentive to continue.

It was noted that people were observing other people’s behaviour and picking up non-verbal clues about what to do. This was especially noticeable in the V&A’s Digital Dragon interactive, an open space with video animation triggered by visitors’ physical actions, aimed at children. It is perhaps unsurprising, as mimicry is an established and effective learning technique, even if not always consciously done.

The power of mimicry has implications for the role of visitor-facing staff. For example, this made me think that it may be more effective and less threatening intellectually for visitors to see staff interacting with technology in the way visitors are intended to, rather than by producing text-based instructions that need to be translated into “the right way to use” – showing not telling. This is something that has been actively put into practise in Cleveland Museum of Art’s famous Gallery One space. If staff are doing it, then anyone can be doing it (and anyone can see how).

Within a single interactive (Digital Dragons) which allowed multiple people to enter and engage, it was observed that younger children reacted by noticing changes as they happened and tended to concentrate on just the walls or just the floor. Older children tended to react by making and seeking connections between actions.

It was interesting to see how the position and content within dual screens has ergonomic impact such as affecting concentration. The observational results seemed to show that mixed vertical and horizontal screens may not work if both require visual attention, due to the physical readjustments needed to cope with both. It appeared that people concentrated on one screen or the other.

It was very interesting to hear how the study had looked deliberately at how people act and react physically. This is not something that I feel is discussed that often in considering digital experiences.  They observed and classified types of actions, which had strong social elements relevant to shared spaces:

The urge to touch and what it means to people was seen to be a powerful motivation for visitors. The authors were considering what it meant to people to touch something. They discussed attempts to classify types of touch. They had looked at:

They showed a short video of a father and son where the exhibit involved touching the facsimile of a lion’s skull. The boy explored the physical shape and size of the teeth and discovered things that interested and surprised him. Touch screens are familiar interfaces, but there are less examples of digital touch objects. The static physical replica was clearly supporting user-led investigation touch and discovery. It would be interesting to see similar studies of digital experiences involving 3-d touch and how people actually approach touch interaction.

Personally, I love to touch things and get quite frustrated in museums where it is not possible feel the contours and textures of objects and materials. It seem unnatural not to.

The study also looked at motivation. This was not just why they go at all, but also once there, what drives them to do certain things. This is also related to ‘flow’, the idea of a continuously engaged mental state, in which people remain motivated to move through a space or continue participating in an activity or other designed mediation.

The authors acknowledged that it was important to employ methodologies that avoid encouraging the sort of positive but non-accurate comments that visitors might give if they get a sense of what the “right answer” is. The research methods included conducting open-ended group interviews to allow people to describe their visit and see how they described why they might have come in the first place.

They discussed the idea that people bring visiting friends and family to museums and other cultural venues out of a sense of cultural identity or pride – to show that they belong to something cultural rich.

This is related to ideas by John Falk about visitor identity being a primary motivator for cultural visits and that people go to museums for deep-seated reasons, such as to self-reinforce their identification as a good parent or culturally knowledgeable person.

They also observed that a commonly occurring motivation for visitors to come to a museum could be classed as a category “things to do in London”. They also conducted family case studies on motivation based on why people do repeat visits to museums. One thing reported was that people indicated they tend to come back to one single favourite destination.

The authors and their institutions

This is a pilot project which aims to:
1) explore how families interact with digital exhibits/resources
2) develop innovative methodologies that can help us study the relationship between family visitors’ motivation to visit a digital exhibit and their interaction, meaning making and learning with digitally mediated exhibits.

More specific objectives are:
1. Identify how visitors use space and interact with digital exhibits and one another to make sense of them;
2. Explore the relationship between motivation to visit a digital exhibit and the interactive experience itself;
3. Critically interrogate and expand the methodological and analytical frameworks (e.g. embodied interaction and multimodal perspectives) available to study visitor interaction, meaning making and learning with digitally mediated museum exhibits;
4. Generate empirically based insights to inform museum exhibition design, visitor research and evaluation.

Project methodology:
This is a qualitative study using a mixture of data collections methods. The data which will form the basis for this study will be collected at three points: pre-visit interviews with museum staff, observations (video & audio recordings) of families during their visit, and post-visit family conversations/interviews. The pre-visit interviews with staff will collect background information about the exhibits (including exhibition design documents and evaluations studies, if available). Up to 10 families will be asked to use wearable cameras (Autographer – http://www.autographer.com/) which will record their interactions with 3 digital exhibits (no more than 30 groups in total). Post visit interviews will use a semi-structured protocol and involve families talking about the pictures taken during their interactions with the exhibit. These conversations/interviews combined with analysis of interactions will be used to examine visitors’ understandings of their interactions during the visit and the meaning generated and negotiated by the group members during and short after their visit.

Project outcomes:
Share findings with practitioners at research sites
Provide the foundation for future research: a network and a larger proposal

This is a great post, with wonderful insights on visitor behaviour in museums. Understanding what visitors appreciate, what kind of art they prefer and how they would like to interact with artefacts forms the crux of museum design. For the purpose of studies such as these, it is okay to record visitor behaviours, but is difficult to emulate the same in real life, as that will annoy visitors and they might find it obtrusive.
A very easy way to collect analytics in museums is using iBeacon technology. Using beacons, you can find out how long visitors view a particular artefact, what are the most popular spots, what kind of visual/audio/video content they prefer – and then you can easily send it to them. Here’s a good post on how beacons can help design museums of the future: http://bit.ly/1ChArxI Additionally, we are coming up with a webinar on how to implement beacons in museums, you could be interested: http://bit.ly/1KcRnbw

How we made ‘Curious Alice’ part two – an interview with PRELOADED 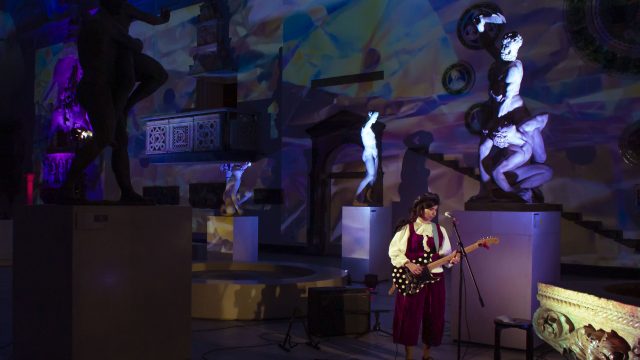 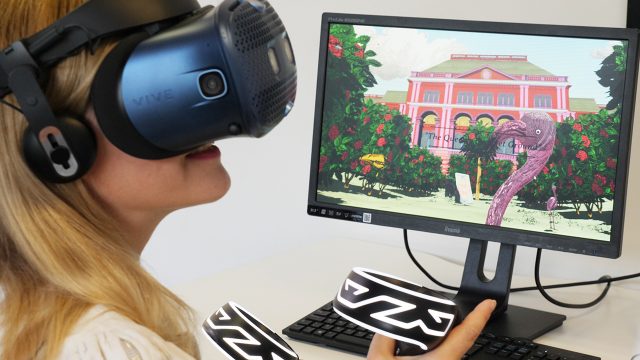 How we made ‘Curious Alice’ a (virtual) reality: part one