As the old conference quip goes, it’s often easier to meet up with your peers half way round the globe than in your hometown. Museums and the Web 2014 was no exception. This was my first outing at the conference and, as well as getting to meet some of my peers and counterparts from London’s museums, I was also introduced to an equally brilliant bunch of colleagues from across the globe (ok, mainly the US and Europe, but nonetheless brilliant).

A stop over in Philadelphia (with only a dime left to my name) gave me a chance to jot down some of the things I learnt – and in some cases was reminded of – at the museum world’s favourite conference on all things digital.

This wasn’t news to me, but it was great to hear how digital teams in other museums have led digital transformation in their organisations. Digital transformation is a pretty broad catch all, but in this sector it means changing the way our museums operate through digital means – from shaping digital strategies and processes, and creating new roles and responsibilities, to using agile methodologies in developing new systems and platforms, and exploring new innovative ways to offer up digital content online and in galleries. 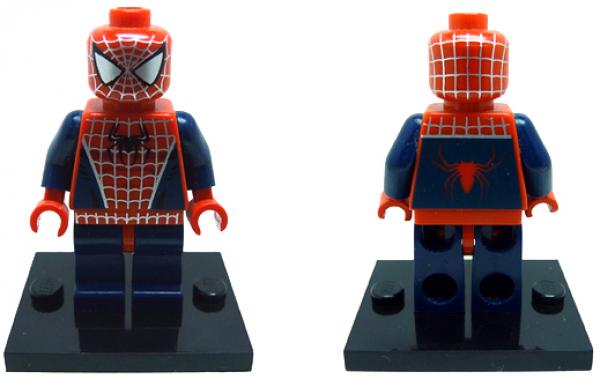 Lego Spiderman: ‘With great power comes great responsibility’
Carolyn Royston and Simon Delafond did a brilliant job taking us through the changes they’ve led over at the Imperial War Museum (using a lot of excellent Lego analogies along the way). One of their top tips is ‘Don’t fail’. This was refreshing to hear as, personally, I’m tiring a little of all this talk of embracing failure. ‘Fail fast, fail often’, ‘Fail early, fail often’, ‘Fail forward’… (even the Duke of York’s getting in on the act).
It’s easy to live and breathe the fail fast philosophy when you’re in the tech start up world but a lot harder – and some would say downright inappropriate – when you’re potentially failing with taxpayers’ money. (After all, they’re funding the UK cultural sector.) As Carolyn pointed out, you’re not going to lead any sort of digital change or be taken seriously if you’ve not got some success stories under your belt.

2. Measure what you value not value what you measure

It’s a truism, but it’s more important to measure what you value rather than value what you measure. With Brian Alpert of the Smithsonian and Seb Chan of the Cooper Hewitt, we had a proper rummage around Google Analytics. Working in digital (and I completely agree with Koven Smith who tweeted that using ‘digital’ as a noun is bothersome), we feel that awkward tension between insight and surveillance, between wanting to get our little paws on as much data and stats about our website users, and the more creepy aspects of tracking and analytics that we’re so much more aware of post Snowden.
You can spend hours wading through your Google Analytics data, but unless you’ve set up your goals properly, you’re not going to be able to derive any decent insights that you can act on. And goals are only really meaningful when you’re drawing them from your organisation’s mission (brain achingly tricky, though, to use Analytics to show how well the V&A’s digital offer is ‘inspiring creativity’ or the Smithsonian is ‘increasing and diffusing knowledge’ for that matter).

3. There’s a load of brilliant free stuff out there

We all know this one, but conferences are a great place to find out quickly who’s using what, to what end. There is, indeed, a wealth of brilliant free software and plugins out there – stuff that can help improve what and how we develop and deliver digital media at the V&A. I’m itching to explore things like Tiki Toki for interactive, shareable timelines, Silverback for guerilla user testing, Paditrack, for conversion funnel tracking, or Scroll Depth, a Google Analytics plug in, so you can see just how many people actually make it to the end of your more long-winded blog posts (like this one).

4. Everyone loves a good metaphor

When you pack for a conference you make sure you’ve got your toothbrush and some clean underpants packed. But you expect your hotel to make sure there are clean bed linens and towels ready for your arrival. It’s the same with museums, says Tim Svenonius of SFMOMA: we may expect you to bring along your mobile or tablet – your toothbrush, as it were – (and should probably have some spare, like the stash of toothbrushes the hotel reception has just in case), but what are the equivalents of linens, towels and fancy toiletries that we should be providing in our museum experiences? The apps, audio guides, the gallery interactive experiences and so on? And how do we make sure we integrate with and augment the devices and social networks our visitors use? All good questions raised in one of the lively professional forums.
Friday night saw all the delegates pile into the Baltimore and Ohio Railroad Museum ready for a glass of wine and another metaphor. On the site of the US’s first commercial long distance rail track, and surrounded by some incredible locomotives, we heard from the museum’s director who explained that railroads were the 19th century equivalent of the internet. We museum digital folk are the hard working labourers and engineers who keep the tracks maintained, the locomotives and stock working and delivering people what they need. It’s a nice metaphor, and one that will come to mind again, no doubt, next time a project is derailing…

5. Modes and motivations are more important than segments and sectors

I might well be a 35-44 year old female who works in the cultural sector but isn’t it more useful to know whether I’m visiting the museum as a harassed mum of two needing some entertainment for my over active sprogs, or that – having left the kids at home with their grandparents – I’m visiting the museum for a bit of quiet time on my own? Technically, I’m still classified in the same segment, but the mode and motivations of my visit are quite different.
This is something Tyler School of Art has cracked with a website that uses your IP address to figure out if you’re a prospective student to be marketed to or a current student on campus requiring course materials. It was one of the examples Brad Baer from Bluecadet, Daniel Davis from Smithsonian’s National Museum of the American Indian and Emily Fry from the Peabody Essex Museum gave us of websites and interactives that are designed responsively, not just for devices but with your location, skills or preferences in mind.
They showed us some good examples of websites and apps that reconfigure their offer around the different – and sometimes contradictory – modes that users inhabit. We had a sneak peak of The Franklin Institute’s new site launching next month, which is built around these principles.

So, there you have it, responsiveness isn’t just about devices. It’s about so much more. Emily Fry also raised a really interesting notion of museum websites or apps being responsive to visitors’ moods – just in the way Songza offers you music for the different moods and activities you might be experiencing or considering at a particular time of day. Lots of exciting food for thought there; what sort of content might the V&A give you if you were in, say, a contemplative frame of mind rather than in research mode? 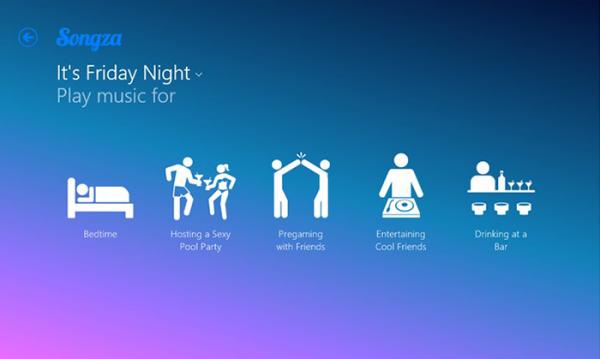 Moods, locations, skills aside, it still surprises me that so many museum websites aren’t responsive to the different devices we use. So many of us aren’t getting the basics right (though the V&A website was one of the first museum sites to be responsive). So, it was good that my esteemed colleague Andrew Lewis was on hand to run a session on how to plan responsive web services, which, I’m glad to say, went down a storm.

7. There’s a fine line between content curation and creation

If you’re doing it well there’s a fine line between content curation and creation. This was something that came up at the final plenary where we got the story behind the impressive MOCA tv, the YouTube channel run by the Museum of Contemporary Art, Los Angeles.
As Craig M. Macdonald, Assistant Professor at Pratt Institute, tweeted: “Videos for #mocatv show blurring (exploding?) line btw content curation and creation. Most museums prob shouldn’t cross that line…”
One of the most exciting aspects of being in a museum digital team is the possibility of creating exciting and experimental digital content – does that content then become part of your collection? How does digital commissioning stray into collecting? Could it? Should it? These are really juicy questions to consider. I don’t have the answers, but would be interested in grappling further with these questions with any of you who’re up for it (and who know more about this than I do). I agree with Craig though: MoCA has done a brilliant job but it’s difficult for others to keep up (especially for those without LA’s creative and film communities so readily to hand).

8. Work out your MVP

I was struck by how many baseball analogies there were at Museums and the Web 2014. Most, I admit, were completely lost on me. It turns out that MVP stands for Most Valuable Player. I know the term in its web app sense, which (as I’m sure you know too) is minimum viable product. This sort of MVP was mentioned a lot too during the conference.
For example, Allegra Burnett, Creative Director of Digital Media at The Museum of Modern Art, New York commented on how MVP is hard in the perfectionist museum environment. It’s a good point: when we’re surrounded by perfection (from the art, design and objects in our collections to our museum buildings), how rough and ready can our betas be?
And MVP is of course subjective and relational – your MVP wouldn’t be the same as my MVP. As Douglas Hegley, Director of Technology at Minneapolis Institute of Arts, commented on Twitter: ‘What does it mean that MoCATV’s “minimal viable product” seems vastly better than most museum video work? Hmm.’ Good point.

There are amazing things happening in European museums, but I do turn a little starry-eyed when I see how digital media and digital technologies are shaping and evolving museums Stateside. We look on with envy at the sort of budgets our US colleagues have to play with but there is also a creativity and an openness to explore new technologies and to innovate that we need more of over here in the UK.
Yes, there’s the Cleveland Museum of Art’s Gallery One and their Collection Wall and Dallas Museum’s rather clever DMA Friends platform, but there’s lots of other exciting experimental stuff happening too. Even while strolling through Philadelphia International Airport, I saw some neat little displays from local museums and libraries – from the Please Touch Museum (the children’s museum of Philadelphia) and the National Liberty Museum, Philadelphia among others. It feels like we need to be better at getting our content out there –online but also into other environments and spaces.

I’m new to the museum digital scene but it’s one that’s welcomed me with open arms. It’s a genuinely open, collaborative community and I’m struck by how willing people are to go out of their way to share their digital successes and failures. I was fortunate to meet so many in one place as at Museums and the Web. So thank you all for an inspiring time. Until next year if not before…
digital museology Museums and the Web

I could not attend to so thank you for the recap.

Thanks Kati, A really fascinating insight with some excellent points raised. Agree about the US museum take up of digital and off-site opportunities which is often inspiring. A great blog, thank you. Art of Social