To say that concrete is a contradictory material is not a particularly original observation. Although we use concrete extensively, we also regularly express distaste for its mundane functionality and ecological footprint. Concrete serves a purpose. Is it only by diving deep into its story and looking beyond materiality and surface that we might understand what it is saying?

My design practice and the Show+Tell+Share Serendipity Workshop encouraged me to look at how different forms of concrete narrate and activate memories. This post tells the story of my relationship with concrete from childhood to my recent studies.

It is the summer of 1999, in Corlateni, Moldova, and a family is building a concrete house. The collapse of the Soviet Union has increased access to imported goods and various building materials, including concrete and varieties of sand. Despite its tangible qualities, in this newly-formed country, concrete is scarce and expensive. In rural Moldova, the majority of new houses are traditionally made of mud and straw bricks, whilst concrete is commonly reserved for state buildings. In a country defined by conformity, using concrete for a house is the embodiment of modernity and an expression of individuality, together signifying a better and stronger future.

The animation above is an abstract illustration of fragments from my childhood memories about the act of building our family’s concrete safety shield. This is a story about improvisation, freedom of thought, of being, and creating together. It is about using a bed’s spring mesh to sieve the aggregates, agricultural tools to mix the ingredients in an old bathtub, and the word of mouth learning of mix ratios.

At the end of the animation, I jump on the mesh ‘trampoline’ to symbolise my family’s hope of reaching a better future. At the same time, it is a simple representation of the spirit of Moldova, a new country developing new rules, as independent people and as a nation.

Growing up surrounded by concrete it was only after moving to Berlin that I started to make sense of concrete as a medium that has defined the history of building and belonging. In particular Tegel Airport – a hexagonal structure built in a time of need, yet paying special attention to user experience – was seen by Berliners at the time not only as a connection to the outside world, but also a manifestation of strength, openness and progress. Opened in 1974, it operated until the end of 2020, and it remains a monument of the city’s history.

The history of the space, and my sense of empathy with these spaces, motivated me to think about ways of repurposing the airport space as part of my final MA Interior and Spatial Design thesis project. Entitled Airplane Mode, I proposed a space of rehabilitation for those suffering burnout, asking how can a therapeutic experience, while staying true to an identity of transition, live in this ‘brutal’ architecture?

Through theoretical and practical exploration, a balance between the rough and the delicate emerged – keeping the concrete exposed and complementing it with a range of colours and patterns. My proposal creates a transition in time and space that is stimulated through visual and tactile surfaces. Imprints cover the newly-built walls to engage visitors in an adventure full of sensory, architectural and personal discoveries. Emotive transitions activating memories, individual and collective perceptions, and interpretations of the space that, paradoxically, frame a feeling of freedom inside a ‘closed’ static concrete structure.

While looking for a deeper meaning in the materiality of concrete, I came across an object during the STS Serendipity Workshop that also activated my childhood memories and made me think about the many ways a building material can carry individual hopes, tell stories and encapsulate events. Finding the Fragile Future Chandelier was a stimulating exercise that destabilised learned stereotypes between natural and manufactured, beautiful and useful, rough and delicate. Seemingly impossible, yet accomplishing a poetic beauty through its creative fabrication, the object utilises the contrast of the apparent concrete block (made of MDF), bronze framework, and natural dandelion seeds. Designed by Studio Drift, the object is a fusion of seemingly contradictory realities that have found a poetic way to coexist.

For me, serendipity – I understand it as acknowledging random finds, and accepting the idea that what is found or assumed is not necessarily what was being looked for or looked at – has helped define my relation to concrete. This problematic material embodies freedom – of self-expression, a better future, and rebellion against conformity. 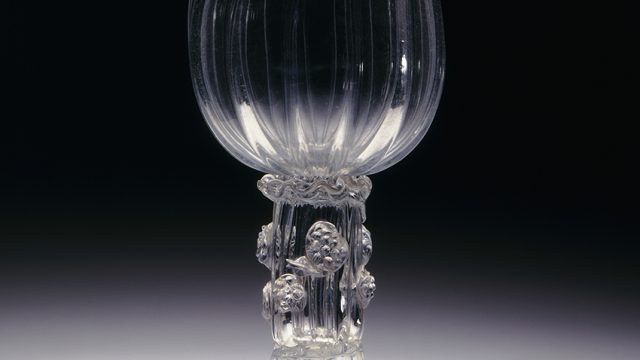