You may have noticed some of the press recently making the rounds for the sale of Elizabeth Taylor’s jewels (among other parts of her collection). 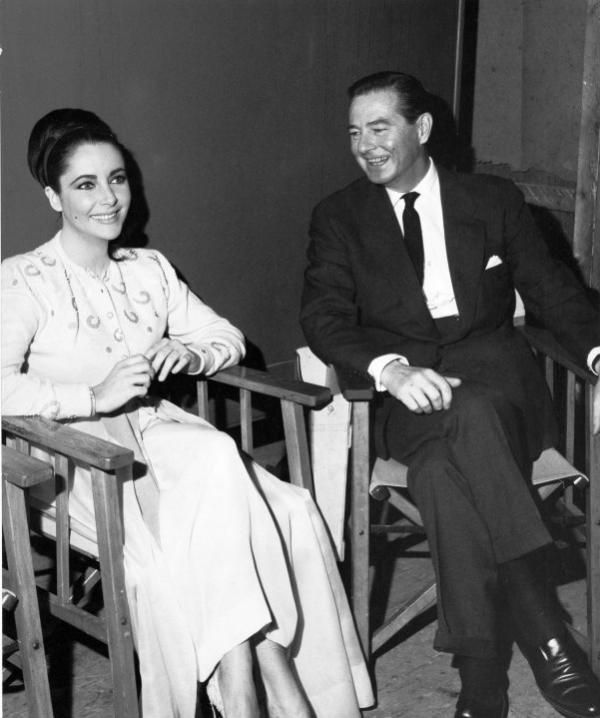 Looking at the lots on offer one wonders how such a petite woman ever managed to move around so enormous are the carat weights of some of the stones.

One of  my favourite galleries at the V&A is the William and Judith Bollinger Jewellery Gallery. If you ever have a case of Holly Golightly’s mean reds, the spiral display of rings here will cheer you up in no time. 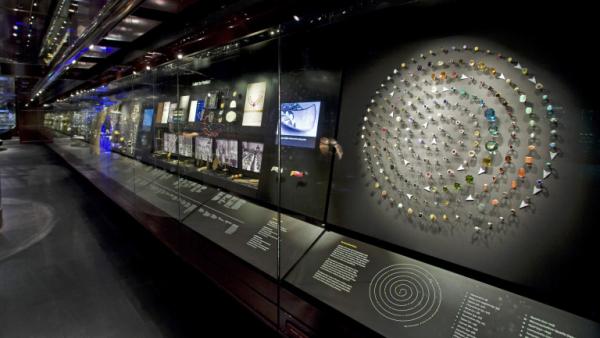 It’s all too easy to hold up your hand and imagine one of those glittering aquamarines on your finger. 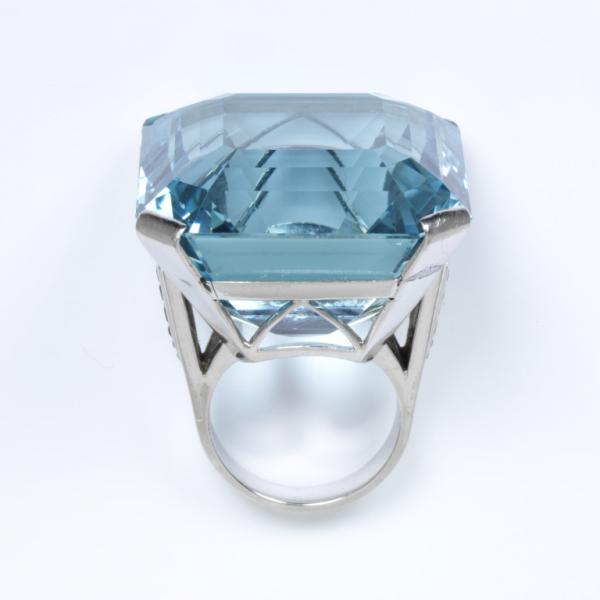 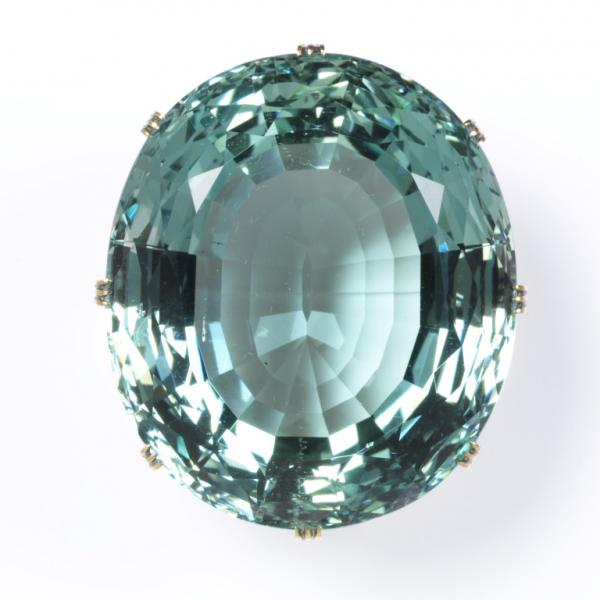 The Elizabeth Taylors of the 16th century were no less lavish in their taste for jewels. The French engraver, René Boyvin produced a particularly elaborate series of designs for rings. 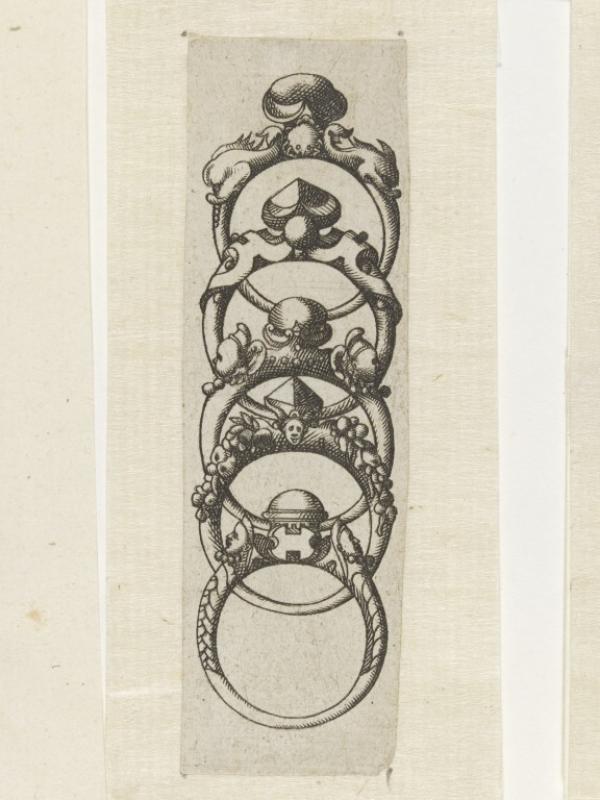 You can see the similarity to this group of rings from the same period: 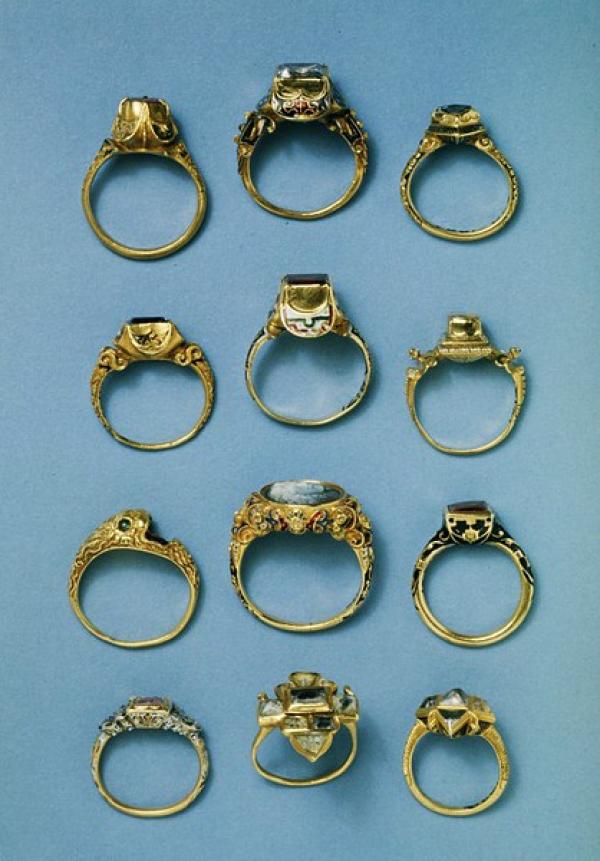 I think eighteenth-century jewellery and ornament were probably more in line with Taylor’s penchant for large stones, though. In 1770, Van den Cruycen’s intricate diamond stomacher with matching earrings and jewelled hair comb would have made a breathtaking display, were they ever realised. 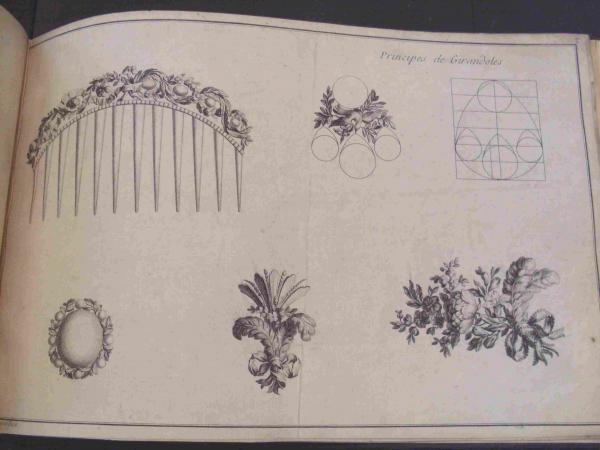 The museum has a 19th-century floral diamond stomacher by Garrard which gives a similar effect and a floral diamond spray, also 19th century, similar to the bodice ornament or brooch in the bottom right hand corner of the design. 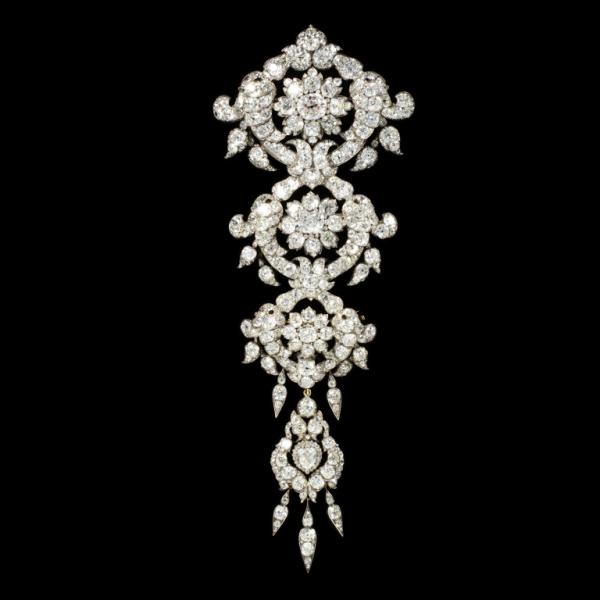 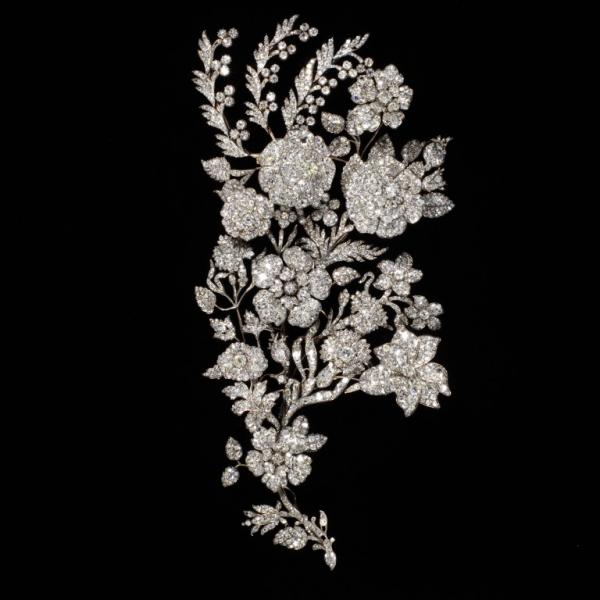 Two designs from a series published by Barousse in 1873, entitled ‘Bijouterie, Joaillerie, Orfévrerie’, show an assortment of drop earrings, châtelaines, brooches and a beautiful diamond bangle. 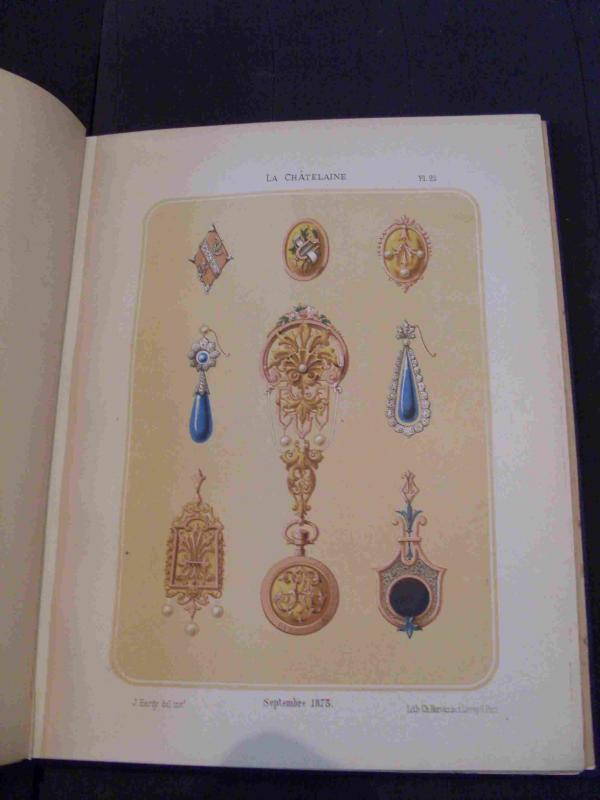 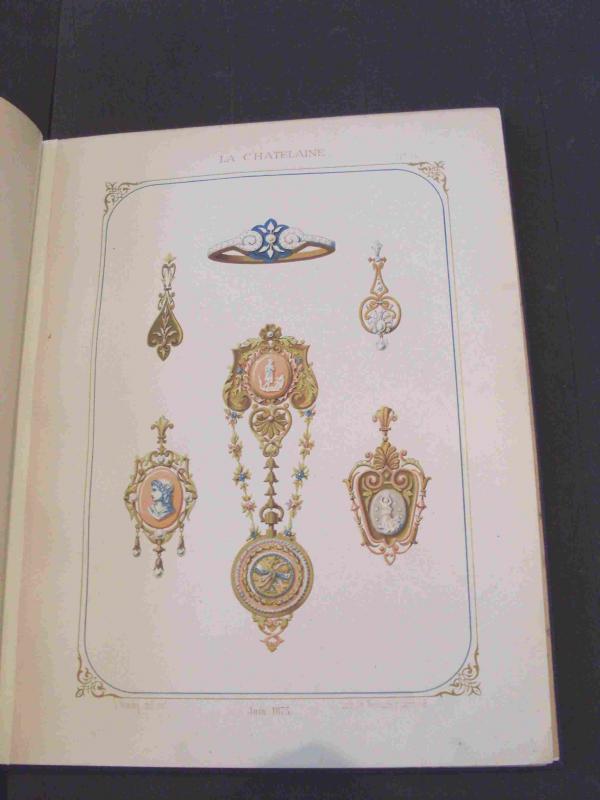 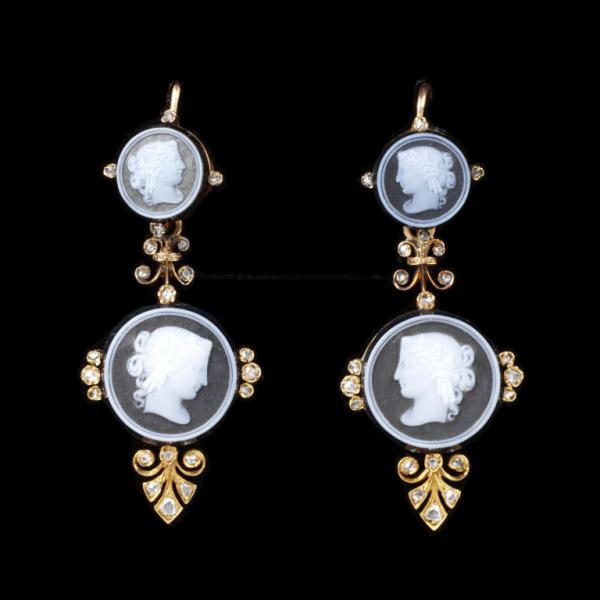 I wonder where Elizabeth Taylor’s jewels will end up?