I know you’re probably all busy sitting on the Christmas cake or whatever it is you have to do, though if I may steal a few of your rested festive moments, which I see you are spending in front of the internet, to encourage you to consider exactly what it is that makes Christmas so Christmassy. 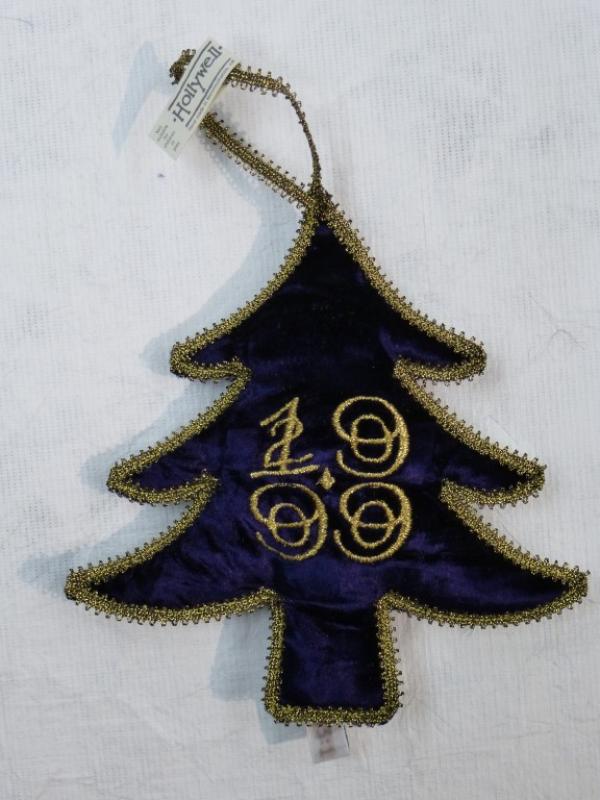 Well, we wouldn’t get very far without a tree. This commemorative decoration was made in Wales for the last Christmas of the twentieth century. Some of the younger readers might not remember what Christmas was like in those days, but it was a now-distant time when all trees were velvet, and their branches filled with roosting Furbies. In the evenings, at Christmas, we’d sit under the velvet tree and talk about how many Pokemon we’d caught, and speculate wildly about how many we might be able to catch the in the next year. Such carefree days. 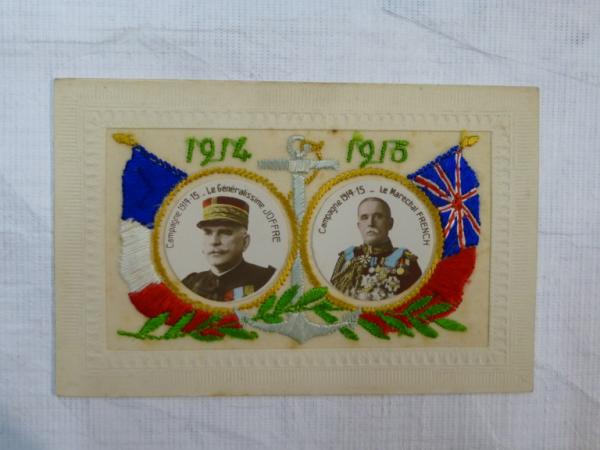 Going back a little further into the realms of history, we find poignancy, and also Christmas cards. This particular example defies the usual formulaic Christmas themes for a more masculine, fervid flavour, with its depiction of two military commanders. There is a century separating us from the horrors of the First World War, and so it isn’t easy to understand the patriotic, old world motivation behind the design of this card. I wonder if the inclusion of portraits of men who directed the mechanised slaughter experienced on the fields of France might seem rather unseasonal to others and not just me. A fact made more blatant with the not-so-comforting thought that loved ones would not have been returning home for the festivities. 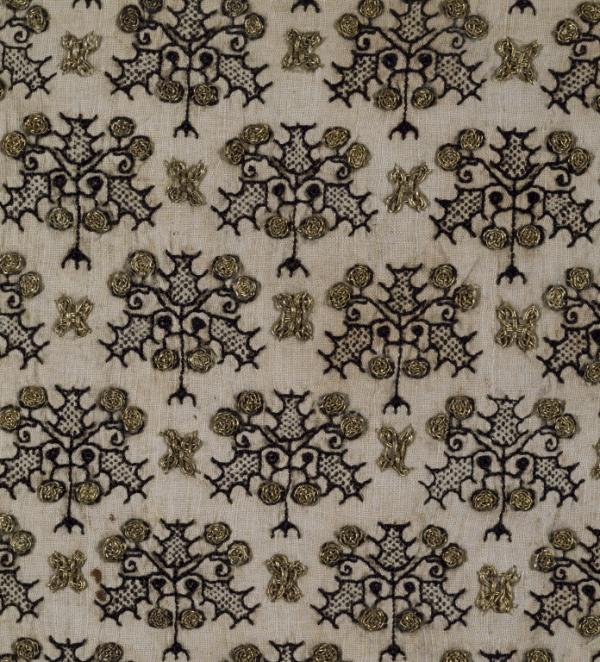 It is common knowledge that the first tree in the green wood was the holly (holly, holly), and so I could hardly not give due credit to this enduring, pointy evergreen. Holly also was said to be a symbol of Jesus: its dark green leaves signify eternal life, its thorns, well, the crown of thorns, and the red berries symbolised the blood of Christ.  Here we see the motif embroidered across an Elizabethan lady’s coif. 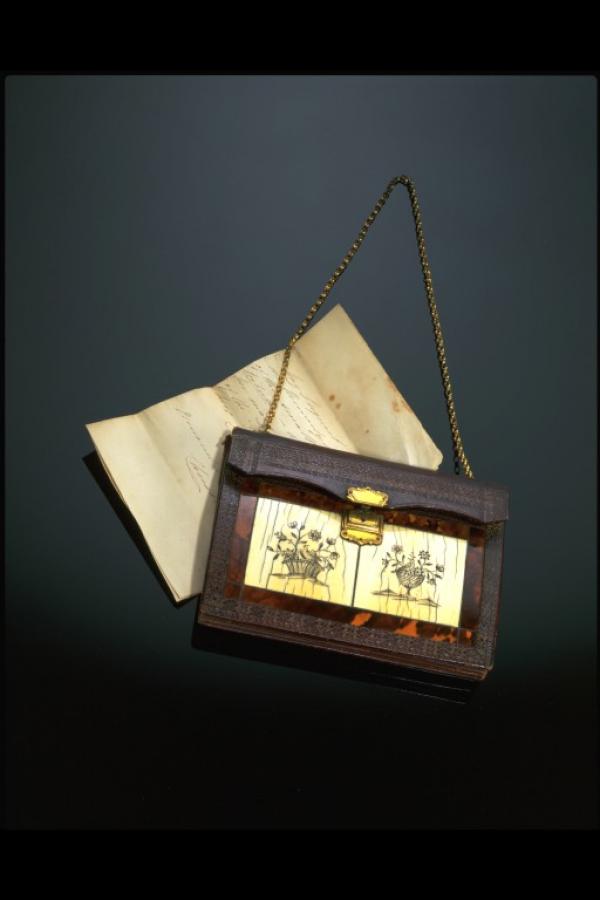 Now, the main event: gifts. Lucky Mrs. Kennedy received this leather, tortoiseshell and brass reticule bag as a Christmas present in 1819. Not a gift for someone with a zoological conscience. 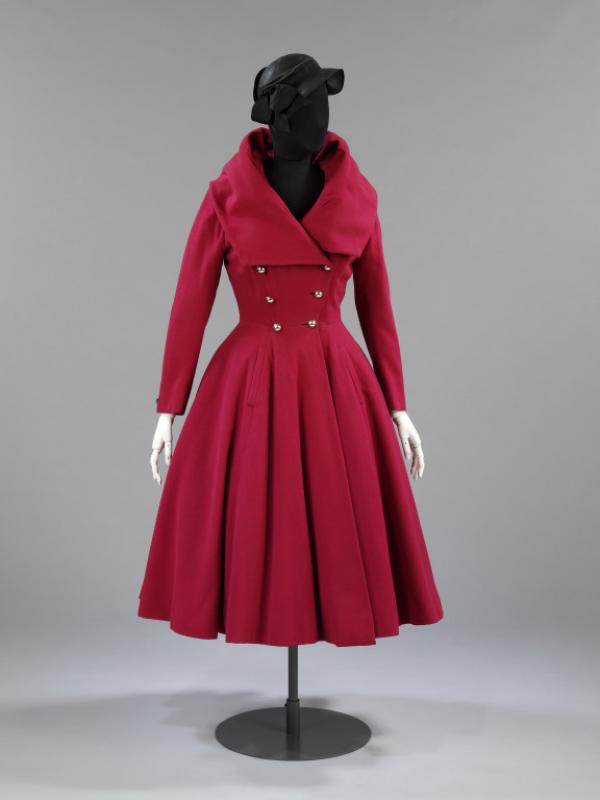 The delivery of all those presents and reticule handbags to more than two billion children worldwide is a mammoth logistical enterprise, which justifies full analysis in next week’s post. Before then, we’ll take time to pay our respects to a certain humble lady in red. She’s there for 364 days of the year, working tirelessly behind the scenes, ready for when Christmas goes live. She is Santa’s rock, his safeguard, his keeper, and I think she would wear something like this Hardy Amies coat. The donor of the coat said that friends would always refer to her as ‘Mummy Christmas’ whenever she wore it, though whether or not this was their strategy for attaining presents was not disclosed. 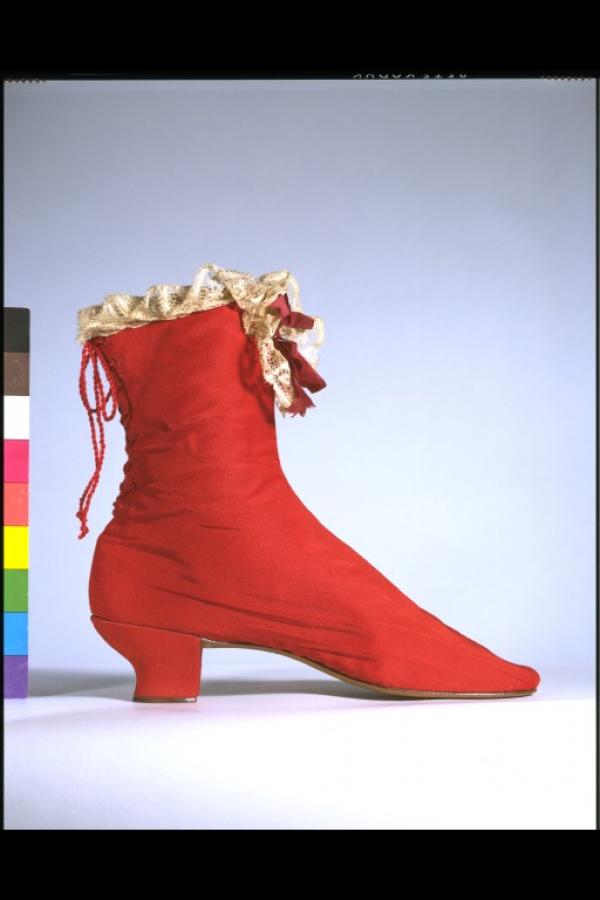 And what would Mrs. Claus accessorise her coat with? I’d imagine with something like these.