There are many kinds of spaces within the Museum. There are the galleries, in which the public roam and (presumably) find themselves inspired. There’s the garden, where children can soak themselves and their guardians’ lunches with lovely cool water. There’s the Grand Entrance where people meet and gawp at the Chihuly. The areas which don’t get much public exposure, though, are the object stores.

Twenty-four months ago, the four onsite stores for the Textiles and Fashion collection contained over 70,000 objects, in more than 85,000 separable parts, as well as 20,000 parts curated by our colleagues in the Asian Department. Since then around 50% have moved, using only one van and a tiny dedicated team, to brand new storage at the Clothworkers’ Centre for The Clothworkers’ Centre for the Study and Conservation of Textiles and Fashionat Blythe House, Olympia.

And how do we remain sane in the face of such enormous figures? The answer is compartmentalisation, to mould those numbers into something a bit more easily consumable. For instance, one of our current modules is the decant and cleaning of two-hundred carpets from the former Textile Study Galleries up on the third floor. They were installed in 1951 for visitors to view by appointment, a system which remained in place until the closure of the galleries in February 2011. 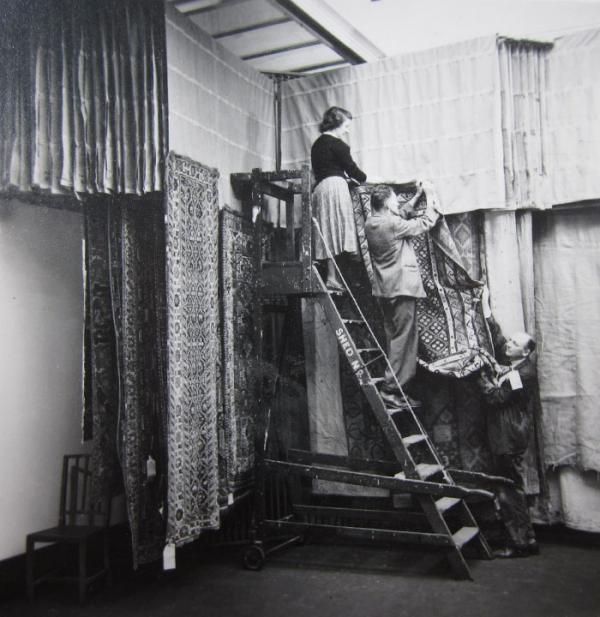 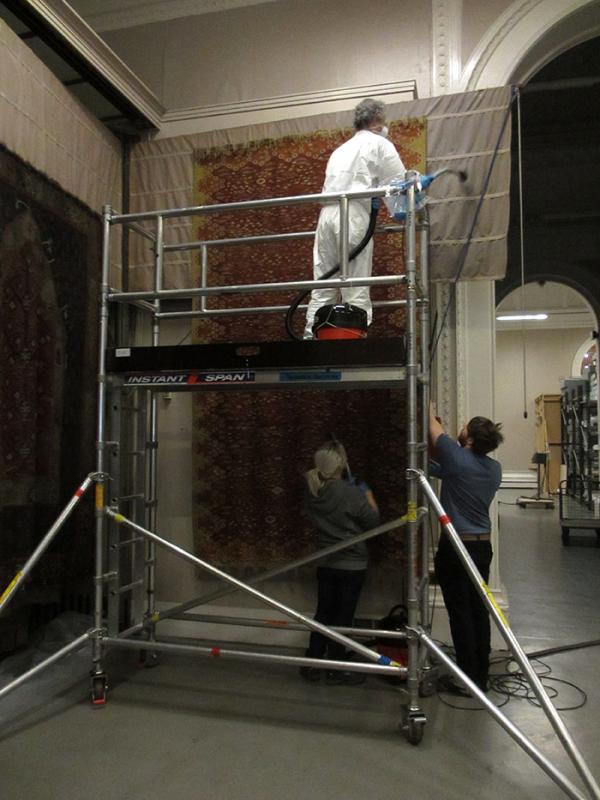 Sixty years is a long time to be hanging in one place, particularly if that place is inside a 160 year-old building. There have been many opportunities for the carpets to gather dust, and so each must first be vacuumed before its hooks are unpicked and it can be rolled. Very soon it’ll be their turn to take up residence in the laminated halls of W14. 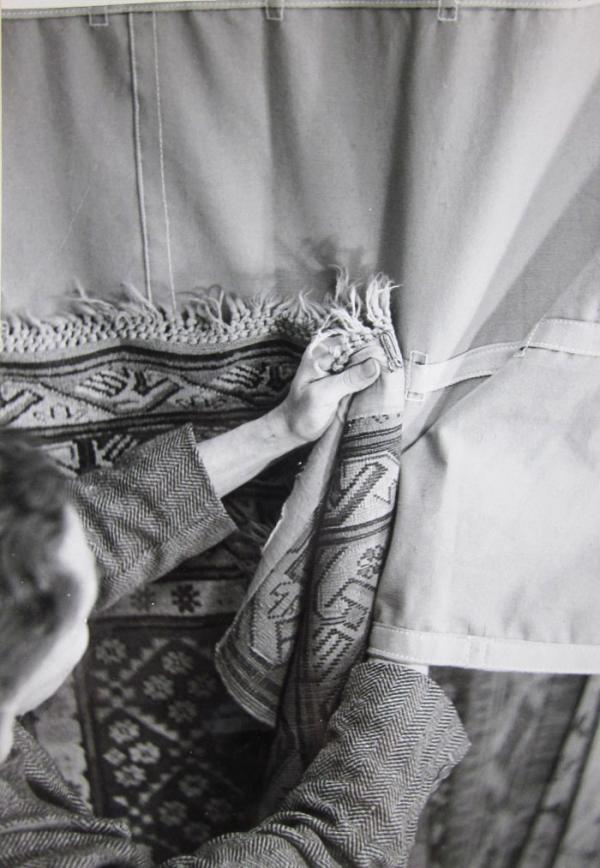 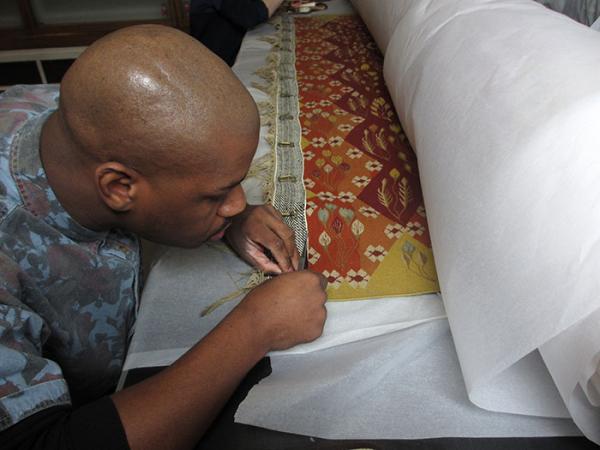 Carefully stitched hooks held carpets aloft on canvas banners for more than half a century. In 2013, these hooks and tapes are lovingly unpicked by one of our volunteers. © Victoria and Albert Museum, London

The Clothworkers’ Centre for the Study and Conservation of Textiles and Fashion is part of FuturePlan and will open later this year.