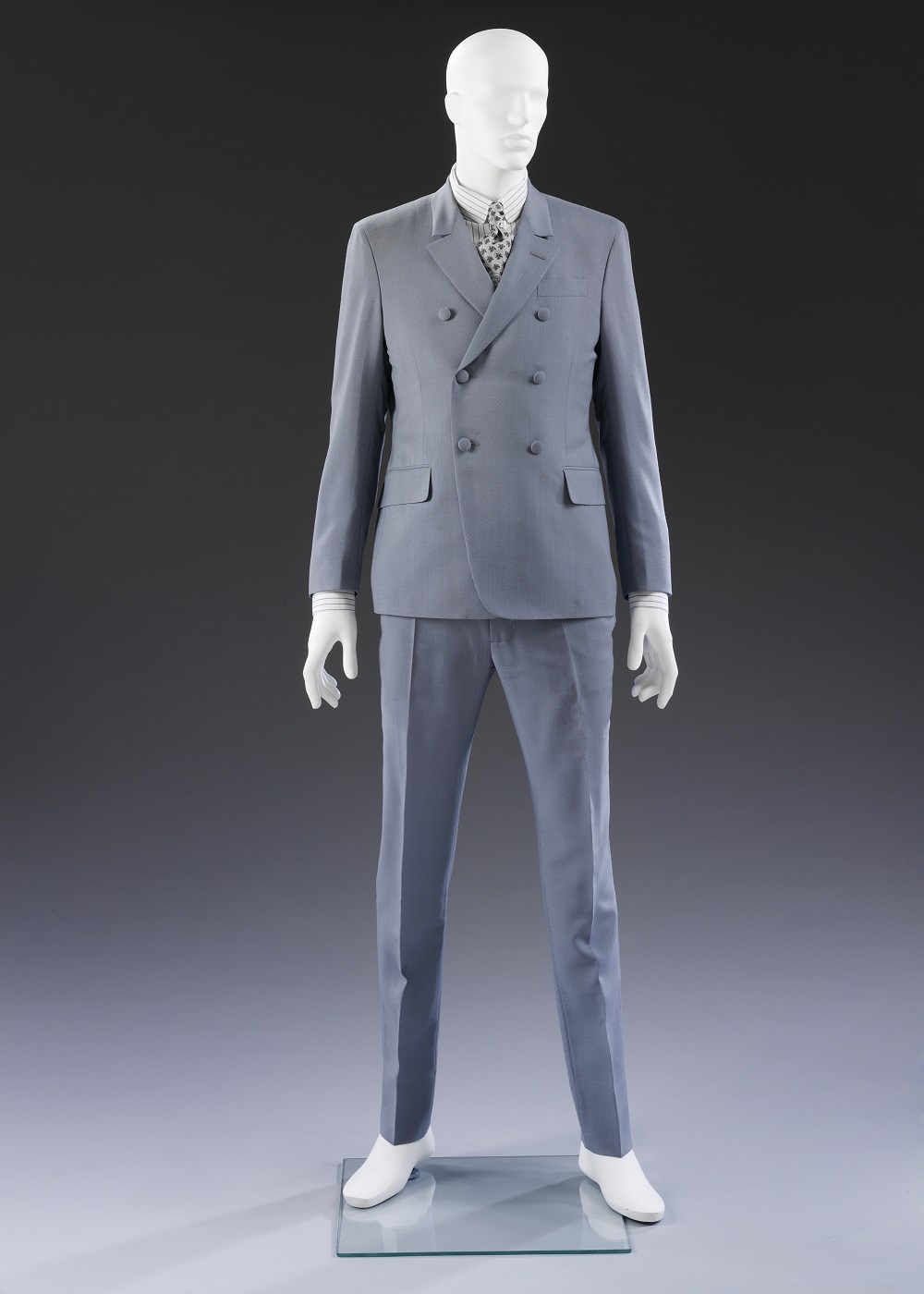 This blog post focuses on your questions which concerned gender relations in the history of wedding dresses:

Edwin Coomasaru: Hey, I’m really looking forward to the Q&A. I’d like to hear about the relationships between the exhibition’s wedding dresses and gender, particularly the origins and history of the use of white material.

Susanna: Thanks Edwin, I am glad you have been looking forward to it.
I think that an exhibition of this subject can’t help but cover gender issues. I would say there is something of a feminist lilt to the exhibition. You don’t get a much clearer social story than, in 240 years, seeing women move from essentially social property to, in our culture and time, individuals who enter equally into these partnerships, and who choose a dress they can dance until dawn in to wear while doing so.

Our exhibition is about wedding dress and the wedding day, not the marriages which follow, but I think the change in the implied gender relations of the day must correlate to a change in the relationships which they mark.

While the exhibition does hold examples of wedding menswear, we have consciously focused on wedding dresses, and so the stories of women. However, the origins of wearing white as a symbol of purity, long before these connotations were applied to wedding dresses, were not gender specific. Christianity associates white with purity, and babies have been baptized in white robes since the eighteenth century. Equally, until the early twentieth century, if a child or young unmarried man or woman died, either they would be dressed or wrapped in white to be buried, or their family at the funeral would wear white.

Marrisa Bartha: Can you give us a greater insight into how the man’s role in the wedding has evolved? They tend to be overshadowed somewhat! Does it speak volumes that the woman so often comes to the forefront?

Susanna: A possible limitation in fashion history, both in terms of its collections and study, could be seen in the fact that both written accounts and exhibitions must, in some respects, depend on those pieces which survive. This has a direct effect on the study of menswear, a commonly overlooked subject. Traditionally, menswear was neither preserved nor collected in the same manner as womenswear. Instead, even those examples which do survive, such as the waistcoat George Higgs wore to marry Ann Smith Corderoy at the Brunswick Wesleyan Chapel in London in 1853, show signs of continued wear.

While our exhibition does include examples of menswear, it pointedly focuses on wedding dresses. This is in reflection of the precedence, and pressure, a bride’s outfit historically held in both wedding ceremonies and in our culture. However, the menswear pieces we have included illustrate the symbolism also invested in the garments worn by grooms, particularly in the nineteenth century. For instance, the satin waistcoat worn by a Mr Eeeles for his wedding in 1848 was embroidered in silk with lilies-of-the-valley and forget-me-nots, as symbols of reciprocated love and loving thoughts.

British men’s fashion, and alongside it the sartorial expectations placed on a groom, is currently experiencing a boom. On our mezzanine level of the exhibition, we have the suits and outfits worn by several grooms in the last fifty years. These include the suits worn by Christopher Breward and James Brook for their civil partnership ceremony on 18th August 2006.

The pale blue lounge suit worn by Jamie Hince for his marriage to Kate Moss in 2011 directly reflects the sleek novelty of contemporary menswear design, and the stylish figure a modern groom can cut.  Designed by Stefano Pilati for Yves Saint Laurent, the suit mixes the modern with the traditional. With personal tweaks such as a pin up print of his new wife on his tie, the suit is injected with the groom’s personality, a trait in all successful wedding wear designs.

Perhaps this current growth in interest and experimentation in groomswear will mean that future studies of wedding attire may place brides and grooms on more equal footing.