There are some days when I end up taken aback by how enjoyable a day I have had at work.  The day we received the sari destined for display in Wedding Dresses 1775-2014 was one such day.

The fashion collections at the V&A vast, and hold hundreds of garments from around the word. Until now however, I have only really worked with western attire, and one aspect of costume mounting I’ve never had to tackle before is tying a sari. Armed with a picture of the bride and two vast lengths of cloth, I wasn’t sure I was going to end up with anything that resembled the photograph! This would be particularly embarrassing, given that the lender of the sari is one of my colleagues, Anjali Bulley, who married in 1988.

After asking colleagues from around the museum if they could help, we finally decided that the best person to ask for advice would be….the Mother of the Bride! 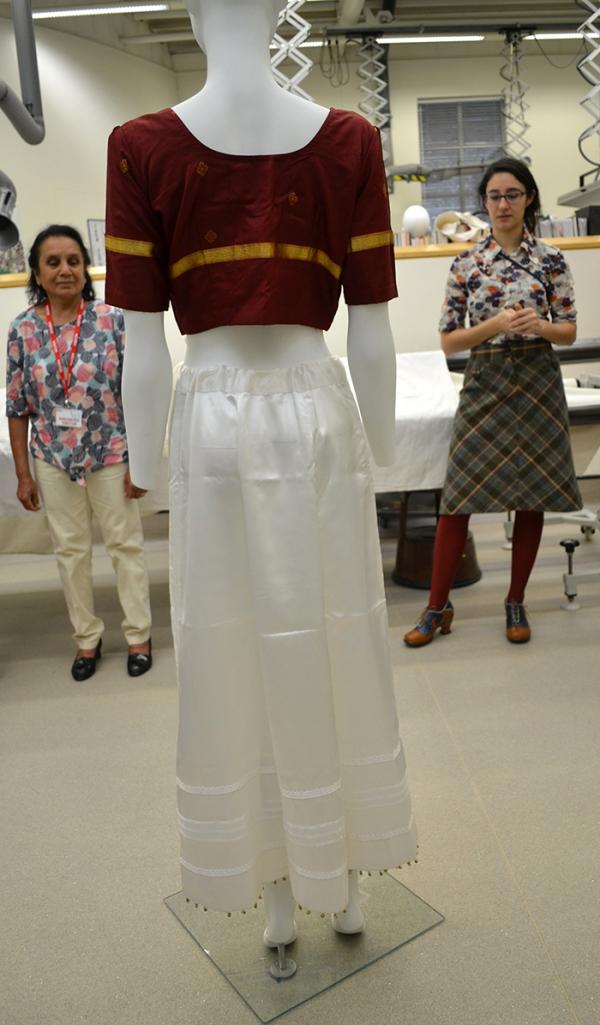 Thankfully, the brides’ mother Ansuya and her aunt Nimu, agreed to visit the Textile Conservation Studio to show us how the two saris should be worn. 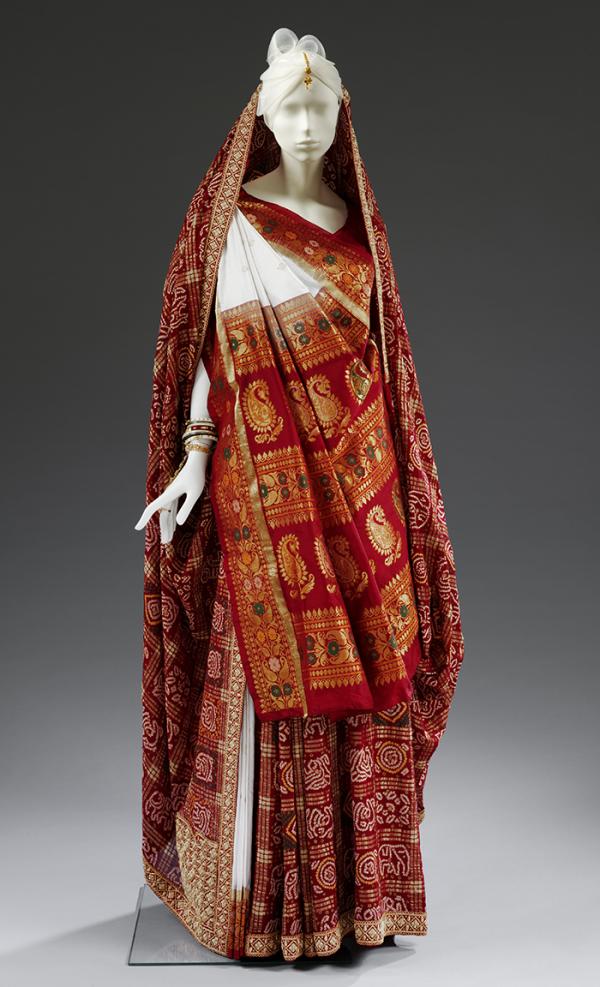