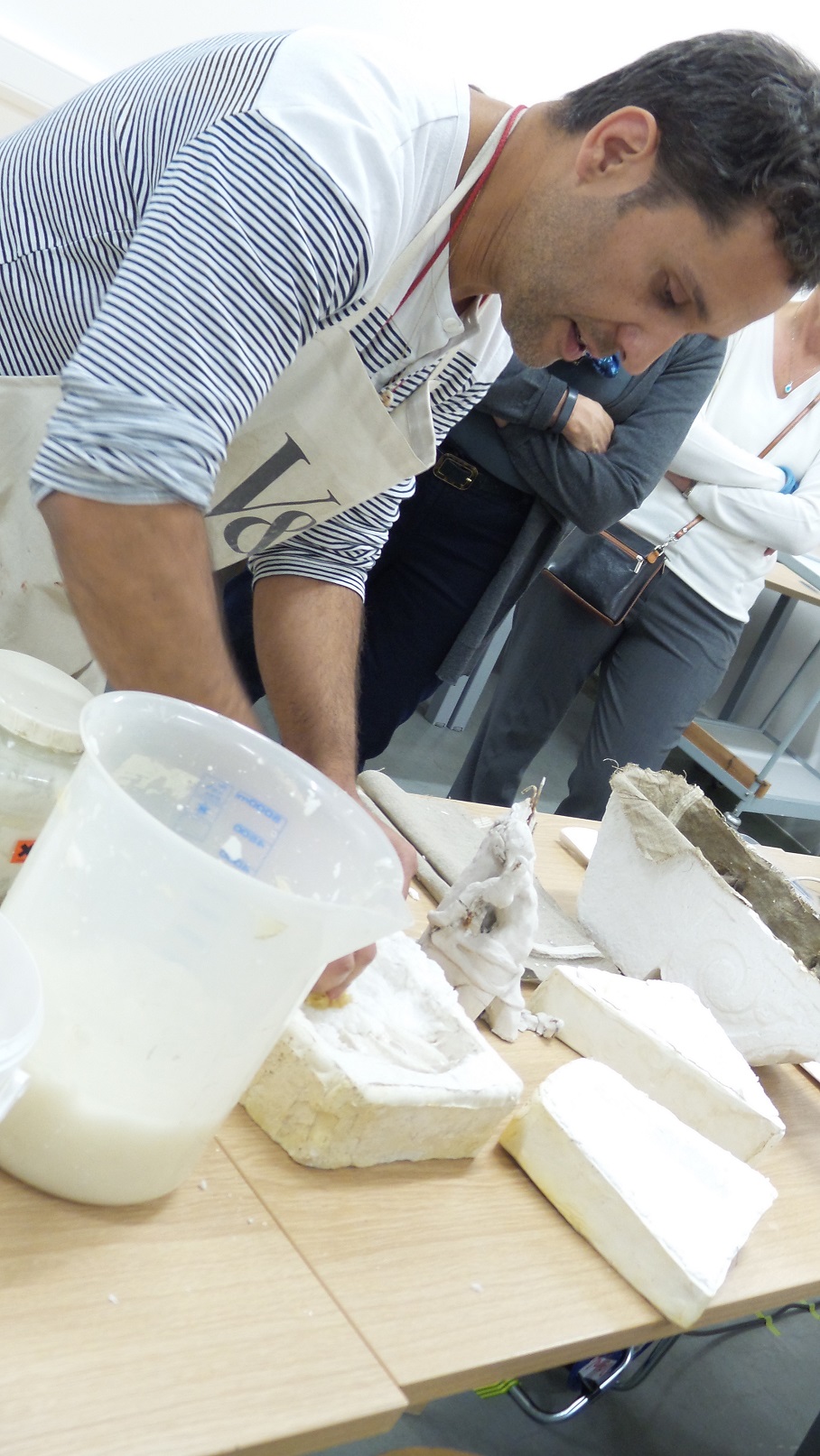 At the end of this year, China’s first ever design museum will open its doors in the thriving manufacturing megalopolis of Shenzhen. The museum is part of a new cultural hub, called ‘Design Society’, the result of a pioneering collaboration between China Merchants Shekou and the Victoria and Albert Museum (V&A). Design Society has the goal of serving as a cultural platform for design in a city and country whose shared ambition is to become a global design leader.

A major component of the project is a V&A Gallery consisting of objects from our permanent collection with a focus on 20th and 21st century design. It is the biggest and most innovative international initiative taken by the museum in its 160-year history, and opens up new ways for the museum to share some of its 2.5 million object collection, reach new audiences, and meaningfully engage in new places.

Two and a half years ago, I was given the task to develop and curate the inaugural exhibition of the V&A Gallery. It’s been a thrilling period involving extended stays in Shenzhen exploring its vast and dynamic manufacturing landscape, working closely with the staff of Design Society to develop a gallery concept, and digging through the V&A’s own immense back catalogue of applied arts and design objects.

The result, which is set to open when the museum opens its doors later this year, is a show quite simply called ‘Values of Design’. Behind that seemingly prosaic title, is what I hope will be an open discursive exhibition that questions some of the fundamentals of design and material culture. In a nutshell, ‘Values of Design’ will be about how we measure the value of things, and, in turn, how values determine the things we design.

Over the next months, I’ll be writing regularly about objects in the show and some of the value questions that they trigger. But for this post, I wanted to write a bit about why we chose to do a show on value in the first place.

Although the gallery will consist of objects in the V&A collection from around the world, our research for the show began first with trying to map out the current state of design in China. There is perhaps no country banking more on design than China. In 2004, in his state address, Premier Hu Jintao spoke about growing the Chinese economy specifically through design and innovation. The idea was as simple as it was powerful: while China operated as the factory of the world, most of the profit from the things it made was flowing back to those countries where the products were designed. If China could start designing competitive products itself, it would be a major boon to the economy. China also faces impending demographic and socio-economic challenges. The workforce is ageing and its labour is becoming more expensive, making other countries such as Vietnam and Cambodia competitive alternatives. For that reason, the country is heavily committed to moving away from low-cost manufacturing by focusing instead on value-added design.

This ambition – encapsulated in the slogan ‘From Made in China to Created in China’ – has had a wide-ranging impact across the country. Provinces have implemented plans for art, design and innovation parks in their cities, hoping to attract like-minded companies to cluster in hubs and find productive synergies. Design schools have also swelled, with around two million students enrolled in a field of design at any given time. In 2012 alone, 547,000 students enrolled in design courses. Schools are increasingly introducing learning modules around innovation, for example in the form of on-site ‘makerspaces’. And finally, the Chinese, both publicly and privately, have invested heavily in cultural infrastructure, namely in the form of museums, to help spur creativity and create an audience for the consumption of art and design. Thousands of museums have been built in China over the last decade, in what has been the largest museum-building spree the world has ever seen. In 2014 alone, 415 new museums opened, bringing the total number in the country to 4,510, the majority of which are less than a decade old . The government is hoping that this cocktail of business parks, cultural infrastructure and design education will prompt the kind of design innovation necessary to elevate China’s creative economy.

But beyond an economic rationale, design is taking on other values. The impressive proliferation of design schools now churns out young minds hungry to find a new expressive voice, and to tackle so-called ‘wicked problems’ that the country faces – not necessarily to produce the next ‘big hit’ product. Many of these students have gone abroad, tapping into a global dialogue about design and its expanded agency, and are coming back to China to try out their skills and test their knowledge in the workshop of the world.

Then there is the question of design and lifestyle. China has seen the fastest elevation of people out of poverty in history. Since 2000, 43 million Chinese have entered the middle class, and as of 2015, China surpasses the US in having the largest middle-class population in the world. For most, being middle class means having purchasing power, and at first many devoted some of that power to defining and projecting their new wealth and social status. As a result, sales of global luxury brands boomed in China during the first decade of the twenty-first century. However, there is now significant evidence to suggest that Chinese middle-class tastes are changing; people are looking for bespoke and unique expressions of their identity and lifestyle. As such, many have turned to design to find apparel, objects and furnishings that can help build and reinforce those messages. This might in part explain the phenomenal success of design events, such as Beijing Design Week, Shanghai Design and Shanghai Fashion Week, as important occasions for a plentiful stream of new, fresh and original designs to be shown and consumed by a local audience.

What we find around the world, but to a particularly heightened degree in China, is the term ‘design’ being valued in fundamentally different ways by different people. At a policy level it’s a tool for economic development; in the business world it’s a way of launching a winning product; for the new middle class it’s a way of celebrating and defining their lifestyle; and for the millions of students and practitioners, it’s a tool for self-expression and tackling wicked problems.

For this reason, we came upon the idea to structure the V&A Gallery around the idea of value. ‘Design’ has historically been a slippery term. Throughout the 20th century, different designers and critics have lobbied to define the value of design, often with competing and contradictory views. Furthermore, our own collection is a reflection of competing value statements. Curators with varying viewpoints have collected objects for different reasons, implying their own values in the way they collect. 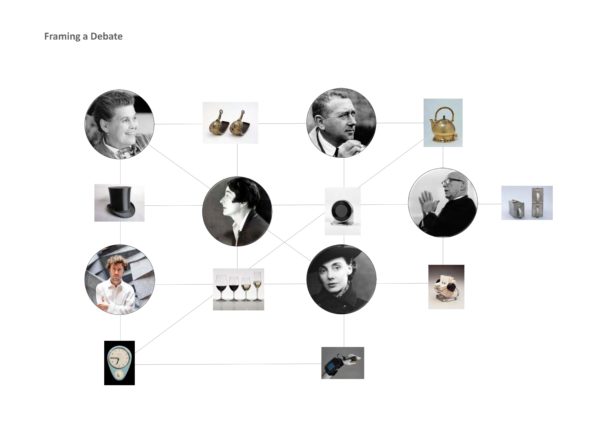 In this contentious terrain, we thought the best thing we could do was to use the V&A collection to frame a debate around value, as well as to create a gallery that seeks to engage the audience and ask visitors how they personally value design, and how those values might help determine the future of the designed world. As China is poised to become a new global leader in design, a critical discussion around value and design is more important than ever. What values should China’s new designers and consumers embrace, and how will these values define the future? That is the crucial question at hand, which ‘Values of Design’ will seek to address.

I am excited to see how this exhibition will be presented, if and how it might take a critical view of past collecting practices. Also, it’s heartening to see the acknowledgement that “China has seen the fastest elevation of people out of poverty in history” which is maybe the least-mentioned critical fact in many discourses.

Looking forward to reading about how the new gallery will answer your pointed and pertinent questions about the value of design. Design is such a catch-all term, it will be exciting to reflect on its meaning in the dynamic context of today’s South China.

feels with resonance on “The idea was as simple as it was powerful: while China operated as the factory of the world, most of the profit from the things it made was flowing back to those countries where the products were designed. If China could start designing competitive products itself, it would be a major boon to the economy.”—Our enterprise is a powerful exhibiting example that china can design competitive products as our definition goes China Original Designer Brand.

Startled to see the author is not a locale Chinese.Very impressive of the points that this article has revealed on Design turn and the changing tastes of Chinese middle-class. These are very in-depth insights of what’s happening in China.

Very interesting and right on time… for me. I am actually in Shenzhen at the moment and will obviously make it to the opening in December. Quick Question! is there a local contact I can eMail/WeChat etc about the opening and learning activities, as some locals are very interested in bring school kids along as part of their English Language Class.