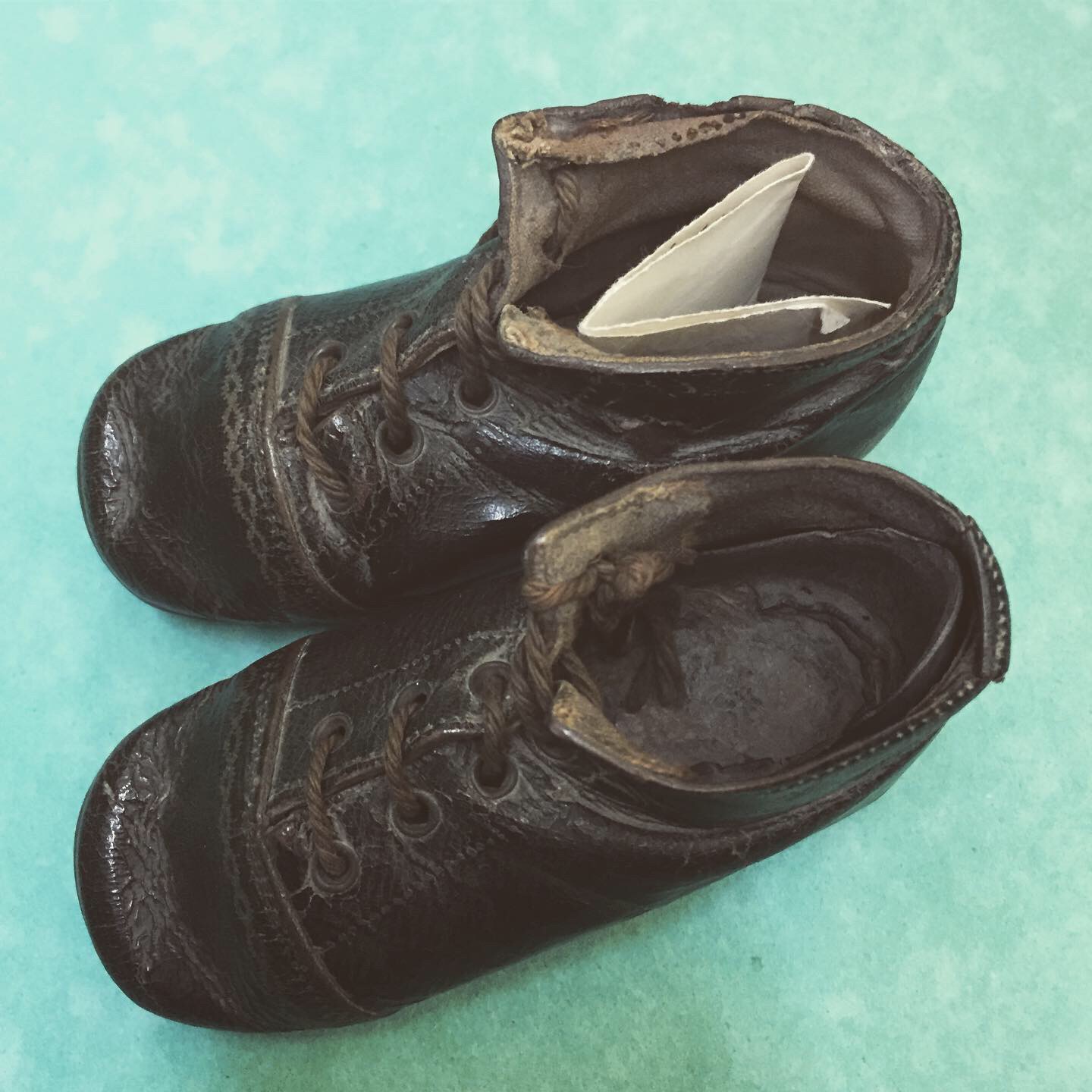 This summer, the Collections team began the audacious task of auditing, photographing, and condition and hazard-checking the V&A Museum of Childhood’s 120,000 collection parts.

We began with the children’s clothing collection which contains more than 7,500 pieces – everything from wellington boots to deely-boppers. The first cupboards we tackled in the textiles store contained the footwear collection.

The Museum has an extensive collection of children’s footwear covering all sizes from baby bootees to adult-sized biker boots, in a variety of materials from rubber to goose down. The collection’s earliest shoes date from the 1600s and are notable for their round toe, generous width and robust leather and wood composition.

Comfort and practicality were not always a priority for the shoemaker (or for the purchasing parent!)  and there are many shoes in this collection in which these features were forsaken for style. Key examples of style over substance include a pair of shoes made of straw, which would not have survived a British summer or the blue silk and lace bootees which would have offered no support and would probably have snagged the first time they were worn. The collection also boasts some of the earliest shoes made by the firm Clarks, founded in 1825 and still a familiar name on the British high street. Their shoes for children were made on straight foot lasts (wooden foot-shaped models) with no differentiation between the left and the right foot. It was only in the 1830s that shoes began to be made for different feet!

There are early pattens in the collection, which were worn over shoes and raised the wearer up above the damp and dirty streets.

One pair of shoes which surprised us during the audit was a toddler’s pair of snakeskin print, leather, ankle boots from the 1950s. This pair stands out against the sombre shades and styles of contemporary Utility Scheme shoes and wouldn’t look out of place in today’s playgrounds.

As we go through the hundreds of pairs of shoes and inspect their heels, straps, buttons and lasts, it’s hard not to be charmed by their diminutive scale and the incredible craftsmanship that went into making so many of them. The worn soles of the shoes also spark thoughts of the wearers’ first steps.  Where did those steps take them?