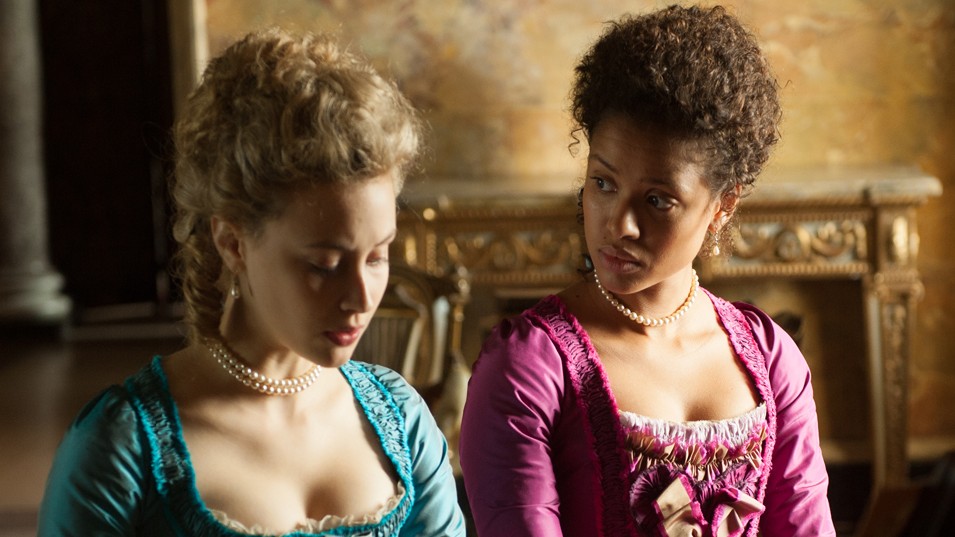 On November, the V&A and Into Film Festival are offering a unique opportunity for students to understand film in new ways. The powerful film, “Belle“, will be screened in the beautiful setting of the Lydia and Manfred Gorvy Lecture Theatre and followed by optional visits to our galleries. After the screening, students can go on self-guided tours to see objects that will deepen their understanding of the film and immerse themselves  in the historical era.

Set in the 18th century, Belle is inspired by the true story of Dido Elizabeth Belle. The illegitimate mixed-race daughter of a Royal Navy admiral, she is brought as a child to be raised in the aristocratic home of her great-uncle and his wife. Her lineage leaves her an outsider – too high in rank to eat with the servants but too low to eat with the family, and left on the sidelines as her cousin Elizabeth seeks suitors for marriage. When she meets an idealistic young vicar’s son who is caught up in a legal battle over a sunken slave ship, she is drawn to his passion for changing society, and questions her own place within it even more.

If you are a teacher thinking of bringing along your class, take a look at our specially developed resources for the film. Activities, lesson suggestions and worksheets are available to support the English and History curriculum in Key Stage 3 – 5.

To book your place, visit the Into Film website.