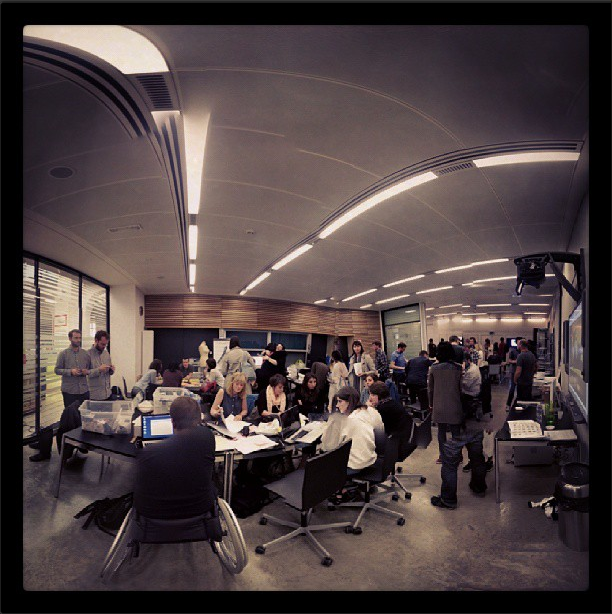 Art, design and science have always gone hand in hand. A look through any of the galleries here at the V&A would show you how artists and designers have been botanists, alchemists and astronomers, seeking to understand hidden processes which create the world as we experience it and then turn it into something new.

For this year’s Digital Design Weekend as part of the London Design Festival, we once again put out a call for works to be shown at the event. This year the theme for the Weekend and for the challenge was “Interactions between Art, Design and Science”, a suitably broad invite and one which received all manner of entries, from voice recognition projects to silk scarf designs. We would like to thanks everyone who took the time to create works and enter them as they all played a part in making the Weekend such a massive success.  Here are some of that caught our attention…

Kelin Yue is a designer based in London with an eye for fresh textile designs. She also attended workshops here at the V&A in silk scarf design, led by The People’s Print Project, which inspired these geometric patterns taken from maps to take the form of scarves which she gloriously wore at the Weekend when she came along to see her work on display.

“These two geometry images of cities are data generated maps for research. However, I was amazed and attracted by the organic shapes and decided to add another story telling layer to this scientific diagram, which was my personal feeling of the city, interpreted through colour.

“Funky Blocks” is inspired by 70s London, dynamic and vibrant.“The Dancing Boulevard” has an abstract or even wild pattern of Paris streets lines balanced with the creamy background colour to indicate beautiful harmony.” 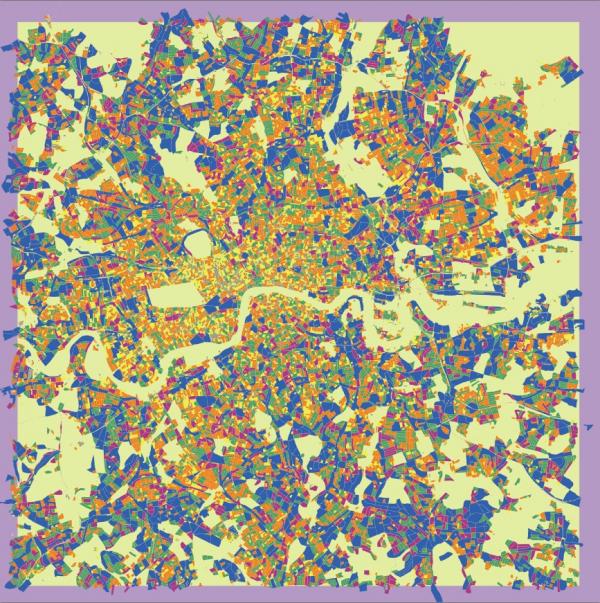 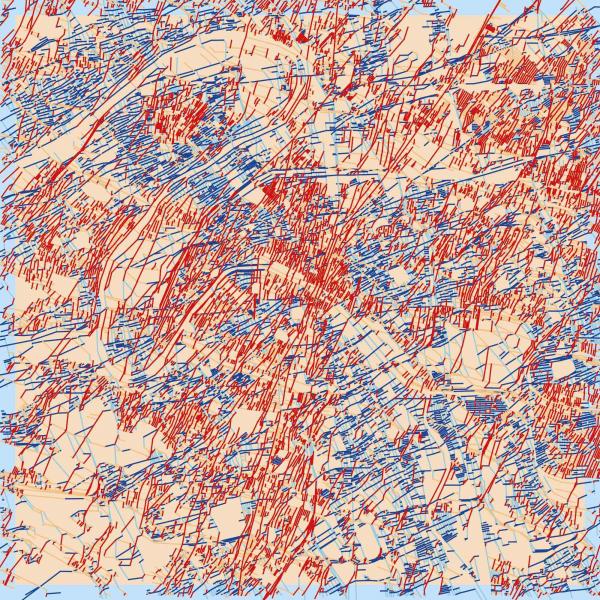 Daniela de Paulis is an artist who works with video, installations, sounds and performance. She works between Rome and Rotterdam and has displayed work across Europe, often in non gallery contexts which seek to question the role of art and give new layers of richness to its content.

“Communication Moon Relay was a military project by the U.S Navy using ‘Moonbounce’, also called Earth – Moon – Earth. This is a radio communications technique developed shortly after WWII which allows the sending of radio signals to the Moon and receiving them back as reflections.

Communication Moon Relay played an important role in the Cold War and the Space Race, during which more than 1.000 nuclear tests were carried by the U.S. alone. The installation shows images of nuclear explosions, the images have been sent to the Moon and back using the technology ‘Visual Moonbounce’, developed in 2009 by the artist herself during her residency at Dwingeloo radio telescope in The Netherlands. The images were sent to the Moon as radio waves by a station in Brazil, the signals, after being reflected by the Moon’s surface, were captured by the Dwingeloo radio telescope antenna and reconverted into the original images.

The evident distortion of the images is caused by the great distance travelled by the signals, approximately 800.000 Kilometres. In the exhibition setting the images are projected in large scale, in order to emphasize their tragic content by overstating their distortion.”

More information about the piece can be found at www.opticks.info” 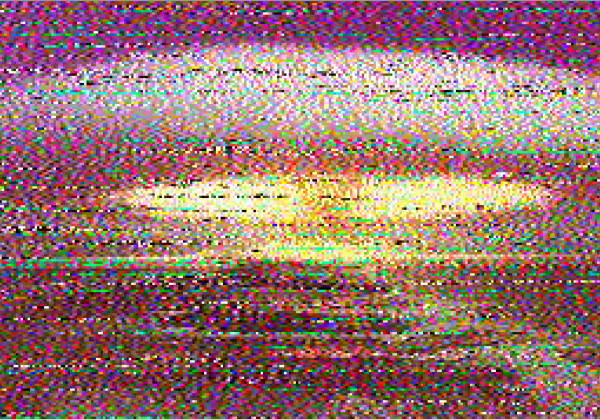 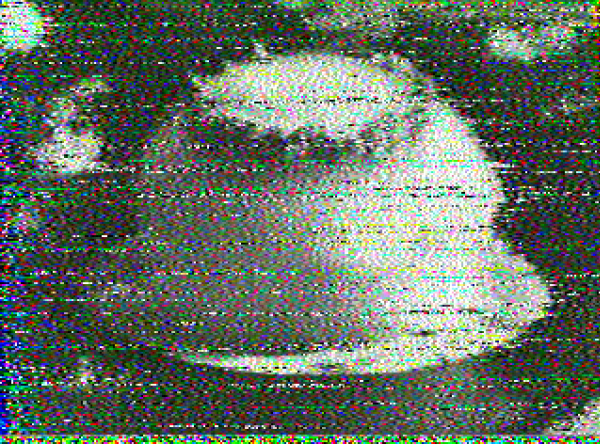 Russell is a senior lecturer and MA Media tutor at Southampton Solent University and also a digital artist who has exhibited by in the UK and internationally.

“*Nebula* is a project at the intersection of (digital) art, design and science. It came about from an simple desire to investigate what could be done with individual pixels in a digital arts context. By applying simple algorithms to the pixels it was possible to create surprising emulations of nebulous gas clouds with brilliant colours and massive depth.”

“The science aspect of the project is an intriguing one. Naturally a nebula is formed through gas and other debris either collecting together through gravity or from the resulting explosion of a star. These actions are not represented by the algorithms used to create *Nebula* but yet the result is surprisingly similar.”

Dionysia Mylonaki is a designer and visual artist who explores the optimisation of the human as a social species through technology and the role of the popular technologies in the development of the future social systems.She has shown work internationally, as well as at the V&A as ann RCA student taking part in our Digital Futures programme.

“The human voice can convey a vast array of feelings, thoughts and messages. The evaluation and training of our voice can help us adopt the attitude required according to certain circumstances. Voice Booth is an interactive tool that trains users to act in real life, through their voice. It can be examined under the prism of our increasingly digitally enhanced social life, exploring the optimisation of the human as a social species through technology.”

“The concept of delivering bad news is employed as an experimental situation where the Voice Booth is put to use to “engineer” the optimum voice for an unfortunate occasion. A workshop took place as an experiment that dealt with the progress of the participants, while enabling an observation on how people handle social situations; medical students from the Imperial College where asked to break the news of the death of someone and HR managers were trained to fire people with sympathy.” 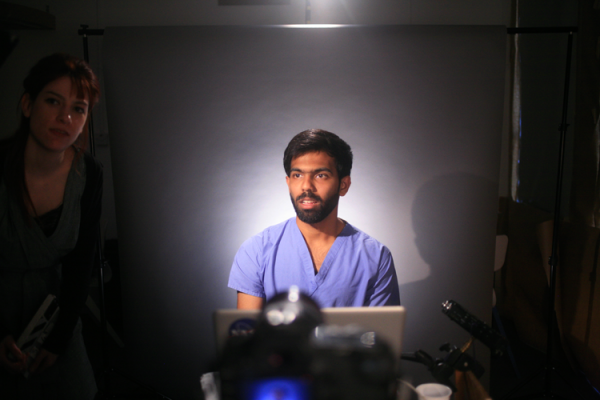 Kristina Pulejkova is a MA Art and Science at Central Saint Martins who works with animation, digital media, painting and installation.

“The piece explores the differences and similarities between the biological and industrial evolutions. Through an experimental approach, the footages act as single cells of complex organisms, trying to fit into the even bigger picture of an eco or industrial mechanism. With this work, I tried to question the paradox of our age where the industry tries to follow the systems and mechanisms of nature, yet fails to preserve its primary source of inspiration.”

Patrick Padget is the chairman of the Goodwork Organisation, with a background in communications, having set up the Creative Change Limited agency back in 1982. As an artist he has explored painting, printmaking and film and has exhibited both in the UK and abroad.

“I have set up an ethical communications agency called Goodwork. We literally use our creative skills to make a better world, working only for organisations that make a real difference to people’s lives.

We are working with Professor David Denning of the University Hospital of South Manchester, who is the world’s leading expert on fungal diseases to launch a global health education on Aspergillosis, possibly the largest killer of human beings on the planet.”

Francesco De Comité is an Associate Professor of Computer Science University of Sciences and Technology in Lille, France. His work explores the beauty of mathematical forms, bringing together complex visualisation techniques and influences from nature.

“Circle packing is the art of placing tangent circle on a plane, letting as little free space as possible. Doyle spirals (after Peter Doyle who described it) produce very appealing patterns.Why did I make this design ? The first motivation was the programming challenge: from the mathematical definition, find an algorithm which could make this concept visible.

The second motivation was the illustration of mathematical objects/concepts, which is part of my work as a computer scientist. Of course, math art is not all art, and beauty can not be reduced to the application of some secret mathematical rule…” 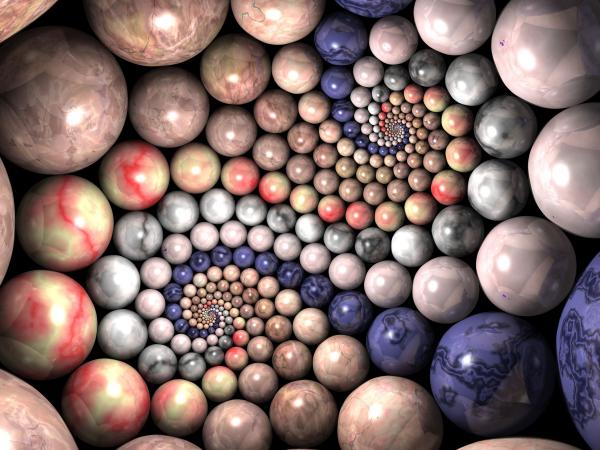 Rebecca De Cicco has been actively involved in the digital process in Architecture since graduating in 2001. Her passion lies in creating theoretically driven space that utilises a digital tool set to drive form as well as promote productivity. She now manages and drives the process in BIM (Building Information Modelling) for a medium sized architectural practice in central London and is actively engaged with user groups and digital processes in building construction globally. Rebecca is also closely connected to HM Government within the BIM2050 team who actively engage with industry to affect future processes and BIM implementation in the UK.

“The Fissure” is a moment in time based on a theoretical exploration of a physical site. The image can never be recreated as it was born during a virtual process and one that explored both physical site properties and emotional ones. The colours chosen represent the emotional properties, or the proposed functionality of urban spaces and they reinforce difference in use and time.

The image is a snapshot in time and it explores not only the boundary between what is real and what is not, but also the virtual space captured in between two forms.” 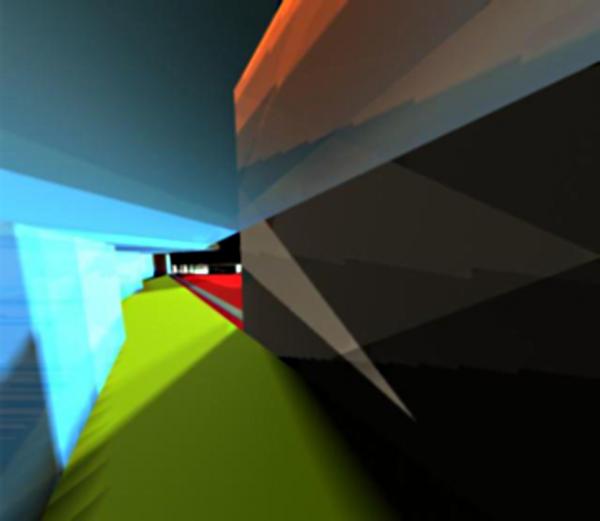 Dahea Sun is a student from MA Textile Futures at Central Saint Martins College of Art and has exhibited across Europe and in her home city of Seoul.

‘How can rain indicate the quality of the air by location and time?’

I visited South Korea after there was devastating earthquake and nuclear power plant explosion in Japan, which is the nearest neighbouring country, in 2011. People were surrounded by fears of radiation rain and acid rain which might have come from Japan. As a result, many schools were temporarily closed because of a shower of complaints and intense anxiety. Groundless rumours were spread throughout the Asian countries while actually an extremely small amount of radioactivity was detected from rain in a particular area. I thought the fear would not have been as high if they had been able to check actual data easily by themselves, without depending on news or articles. This phenomenon led me to take a profound interest in rain and its impact. Especially I focused on acid rain and began researching its effects.

Rain Palette aims to provide an easy and poetic approach to visualising air quality as an at-a-glance indication through rainwater. The garments I have developed are dyed with natural dye that will change colour in reaction to the pH levels of rainwater. 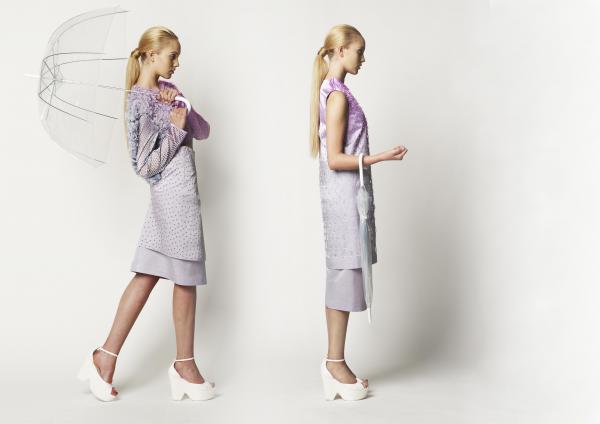 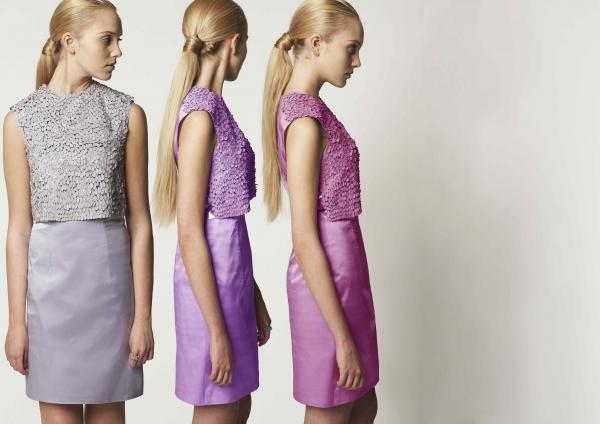 Saar Drimer is an engineer, coder and creator of PCBmodE, an open source PCB design tool that allows users to get creative with their boards. Getting away from the regular rectangular circuit board with straight tracks allows designers to explore the form of circuits and also opens up possibilities for interesting pedagogical approaches to teaching electrical engineering. You can read about the development of the piece on his blog.

The design features a delicately etched circuit forming the quote, “Life is the Game” and a fully working arcade button to light the icons which frame the piece.”