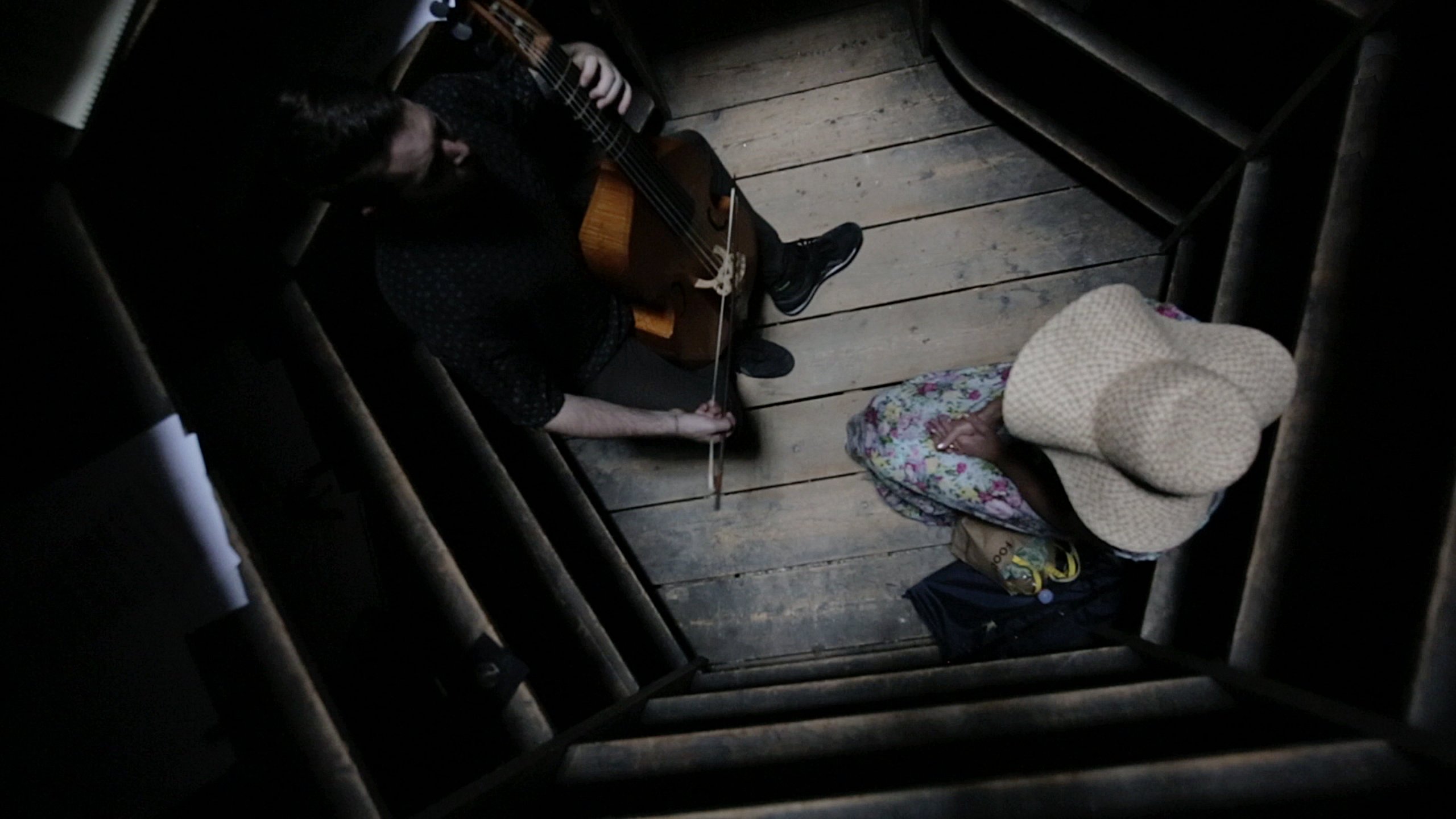 For those of you who were not able to experience this performance project first hand last June, do have a look at our newly published short film on Liam Byrne’s Inside Voices project, which captures the very special atmosphere inside Trajan’s Column and the reactions of those who signed up for this very special musical experience!

Inside Voices was a performance in process by viola da gamba player Liam Byrne, who was in residence at the V&A between April and October 2015.

For one week, Liam invited members of the public to join him inside the magnificent Victorian plaster cast of Trajan’s Column, where he gave over 300 short performances of Baroque music for one person at a time.

The project was born out of Liam’s interest in exploring the way in which the listener’s presence impacts musical performance. In the Baroque period, live music happened in a varied assortment of domestic, institutional, public and private spaces. Nowadays, Baroque music is performed almost exclusively in concert halls, which create a rather one-way relationship between musicians and their audiences.

As part of his residency at the V&A, Liam wanted to give people the opportunity to experience the vibrancy, intimacy and expressivity of Baroque music from a variety of angles both historical and new.

On what date did the performance take place?