Raspberry pie is one of my favourite desserts and Raspberry Pi is my new favourite tech device. Let me tell you a story about the amazing things people are doing with this kit, including those who took part in our Raspberry Pi workshop here at the V&A these past three weeks. 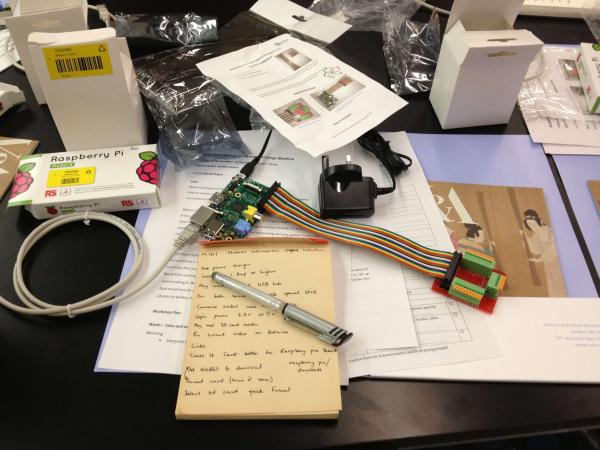 The Digital Learning team, where I work, tries to bring digital making and art together. We offer opportunities for members of the public to learn digital design skills. When we heard that Raspberry Pi had hired an artist in residence, Rachel Rayns, we knew it would be a perfect fit. So we asked Rachel to come to the museum and teach a workshop combining art making practices and these cool tech devices.

What is Raspberry Pi???

Raspberry Pi is actually not all that new but it has been slowly growing, gaining steam for the past few years. The Raspberry Pi Foundation began with a group of people who, in the early 2000s, were disappointed with the declining skills of kids applying to study computer science at university and realizing that it was because home computers were now too expensive to allow tinkering and experimenting with. They decided to take matters into their own hands by developing a cheap computer for kids to learn on (full story here).

So that’s how it began, but still what exactly is it?

Raspberry Pi is a credit-card sized computer. It can’t do everything your PC can but it is able to do a lot. It has USB ports (that can be used to plug in a keyboard and mouse), Ethernet cable (to connect to a wired network, i.e. the internet), Audio Jack (to play sound), RCA Video (to connect to a basic screen), HDMI (to plug into digital TV or monitor), SD card holder (where things you program are stored), and a Micro USB (to plug into a power supply).

How to Make Raspberry Pi do cool things

There are a lot of YouTube video tutorials about Raspberry Pi projects to inspire you. Here are a few channels to check out:

The Cool things we did

Our course participants made Satsuma’s sing with their Raspberry Pis by making a touch sensor, and enhancing the audio.  The fruits were used as inputs for the Raspberry Pi which would then trigger audio samples. To do this, the participants on the course had to learn a variety of new things, including some basic programming and electronics. 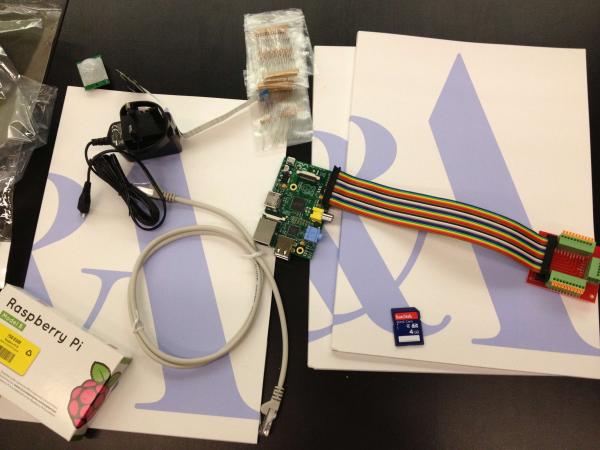 They began with this…. 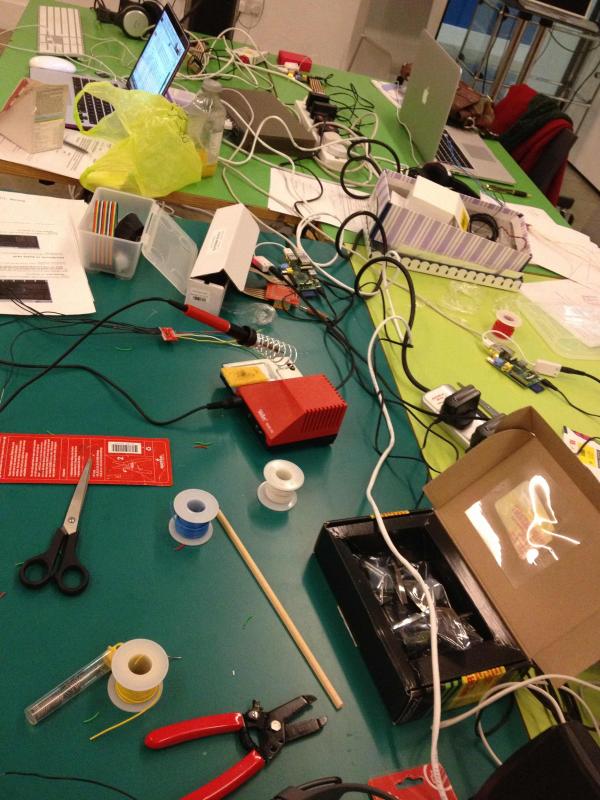 Which quickly became this busy workspace… 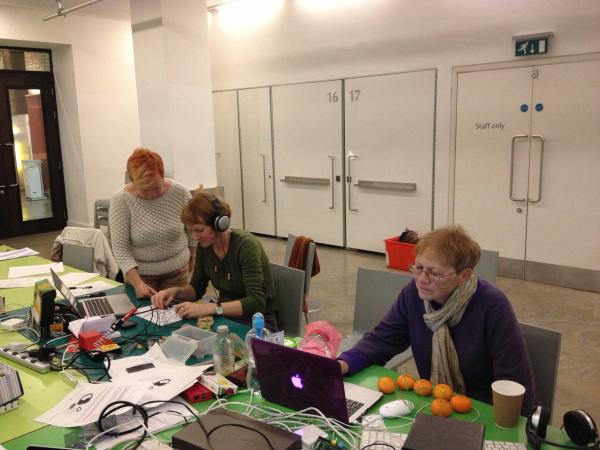 Here they are testing audio…

And playing with conductive ink. 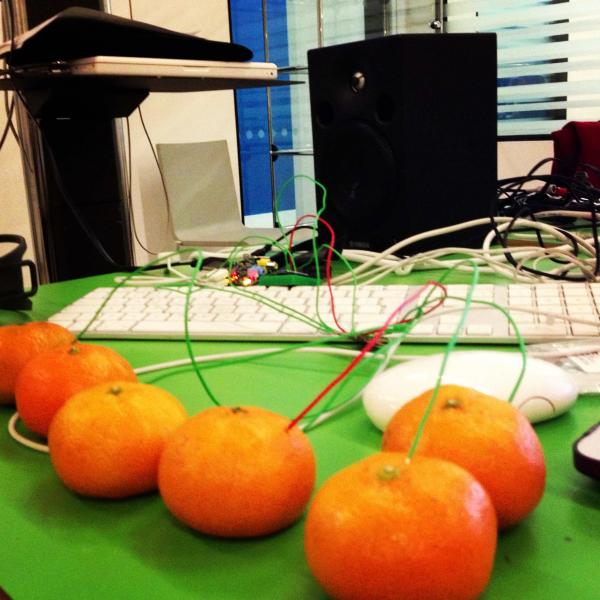 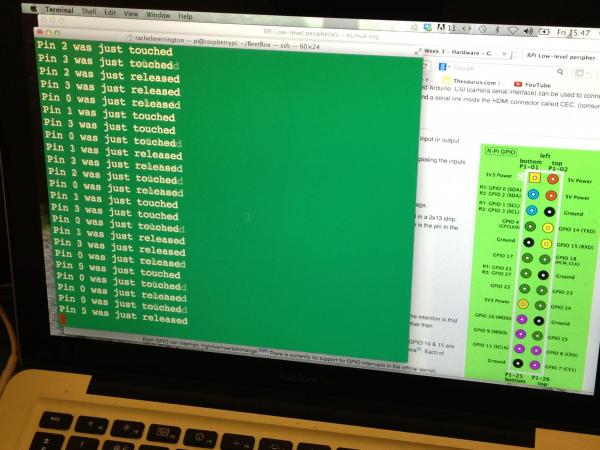 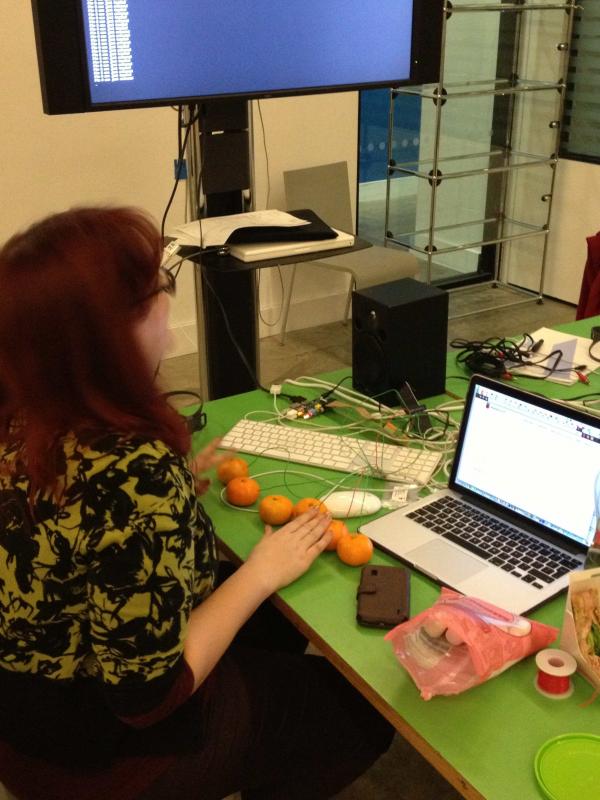 What a wonderful idea! Do you sell some kind of kit to take home too and if so, how much?

Hi Darren, we don’t sell any kits I’m afraid but everyone who came on the course was able to take away the Pi’s and any circuits that they made as well. There are a few places that do offer project kits for RaspPi, have a look at https://www.raspberrypi.org/ and the forums there and you should find some great ideas.