For those with a hair fetish, this one’s for you.

This lock of hair, which is housed in the National Arts Library for those of you who would like to come and see the real thing for yourself, was one of the objects that Avril tried to ‘read’. She was not shown the handwritten note until after the reading. 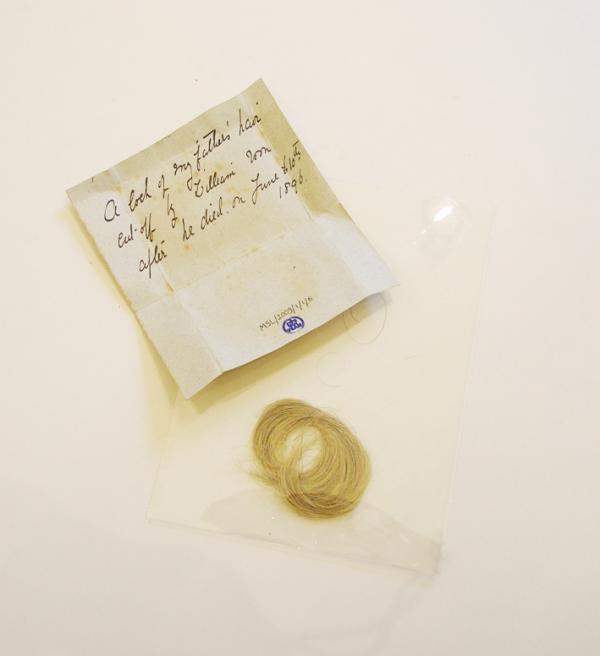 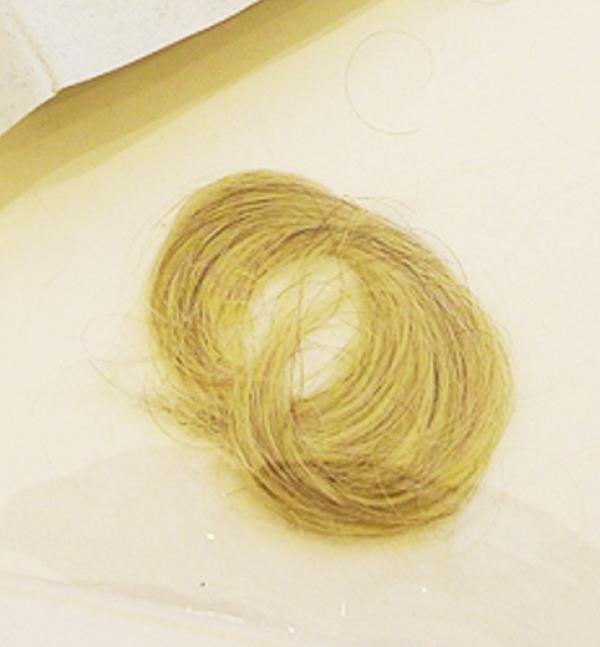 Avril was allowed to touch the hair with her fingers, ungloved.

Here is what she had to say:

– he was much loved and revered by his family.

– I see him wearing a dressing gown, and he is fond of sitting at the desk, facing out to the garden.

– his past time was writing.

– he suffered poor health throughout his life.

– there was an incident in this person’s life where he could have lost his life.

– there was poor health, in his family or him.

– there seemed to be a lot of sport around this person.

– I sense two personalities:  a tense, straight and irascible person, but also extrememly jolly as well.

– there is a link to somebody who discovered something, something to do with medicine.

– his wife thought the world of him.

Unfortunately we don’t know very much about Thomas Hutton, to whom the hair belonged. What we do know I’ve tried to condense below:

On the handwritten note: “A lock of my father’s hair cut off by William soon after he died, on June 10th. 1896” 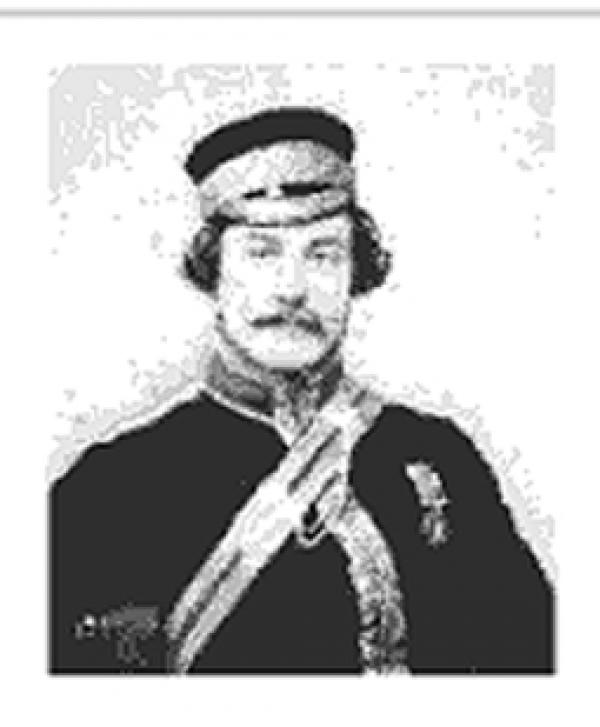 This was the only picture I could find of Thomas Hutton, on the internet.

With regards to Avril’s mention of horses, his poor health, and the fact that there was an incident where he could have lost his life, here are some facts:

“The regimental history states that during the Charge (of the Light Brigade), Hutton was shot through the right thigh as he rode up the valley and reported the wound to Captain Low, his squadron leader. ‘If you can sit on your horse’ replied Low, ‘you had better come with us, there’s no use going back now, you’ll only be killed’. Accordingly, Hutton rode on and fought through the guns returning with the regiment. As they rode back up the valley Hutton was shot through his other thigh but remained on his horse. Colonel Paget overtook him, saw that he was hurt and faint and passed him his rum flask. Hutton thanked him and said ‘I have been wounded Colonel, would you have any objection to me going to the Doctor when I get in?’. His horse had eleven wounds and had to be destroyed.”

Excerpt taken from Forgotten Heroes – The Charge of the Light Brigade by Roy Dutton.

Being an army Captain, Hutton would’ve had much to do with horses. It could also go some way towards explaining the two personalities that Avril sensed. One was the military man, who had to obey orders and also give orders, hence the ‘tense, straight and irasible character’, and the other was the real man, the ‘extremely jolly’ fellow.

Regarding Avril’s other statements –

– there seemed to be a lot of sport around this person.

Here is what I’ve been able to find. Thomas Hutton was the older brother of Alfred Hutton (1839 – 1910). Alfred made significant contributions to the world of fencing and swordsmanship. He published a number of books on the subject, was first president of the Amateur Fencing Association, promoted the beginning of national championships for men, and later for women, and in 1909, became fencing delegate to the British Olympic Council among other achievements.

– there is a link to somebody who discovered something, something to do with medicine.

The link is, once again, his younger brother Alfred Hutton, who was one of the founders in 1874 of the Central London Throat and Ear Hospital, and for thirty years he was it’s first chairman.

As for children, I have so far only been able to find mention that Thomas Hutton had one daughter, named Violet. I don’t know who William might be (the name mentioned on the note accompanying the lock of hair and the person who cut the hair).