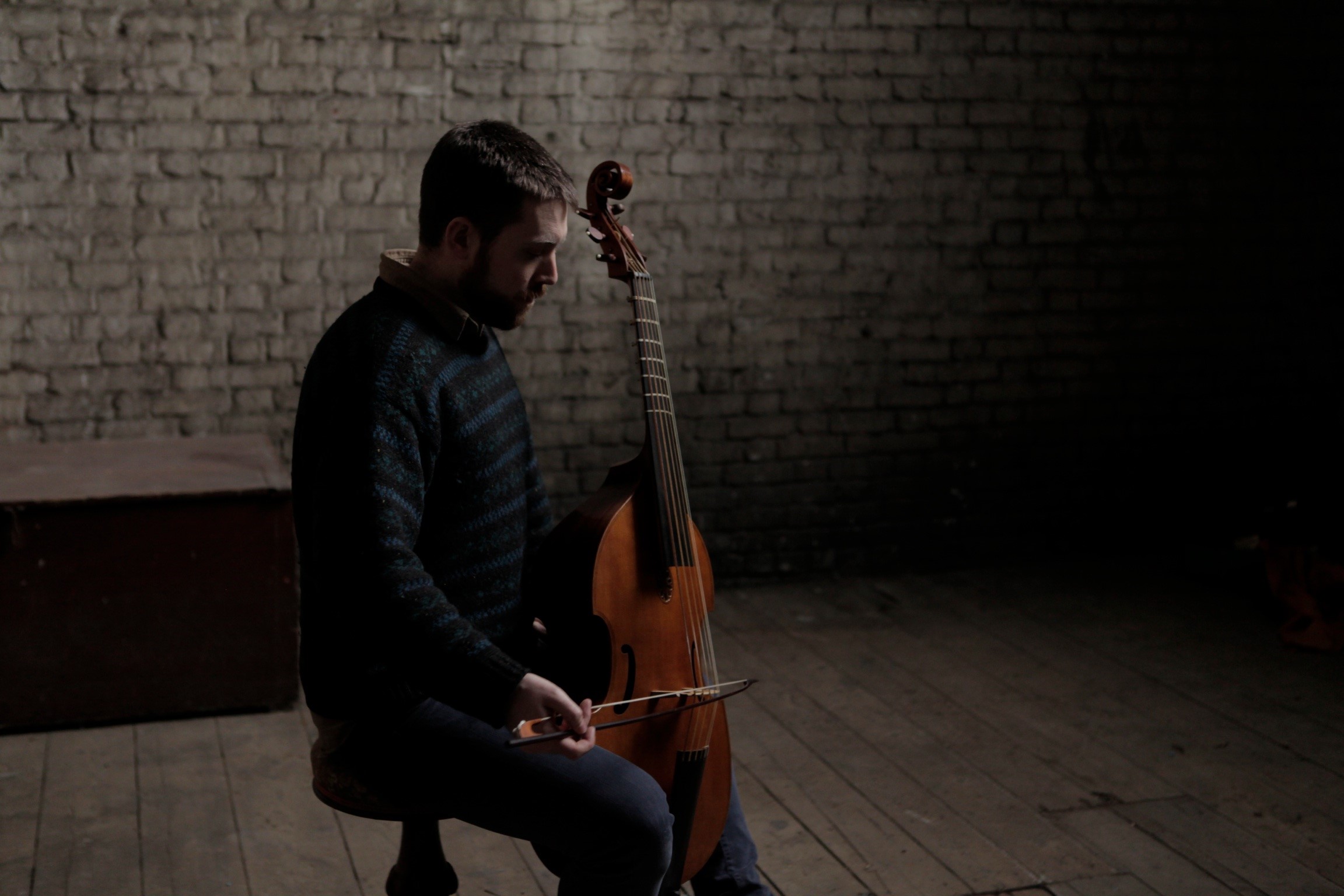 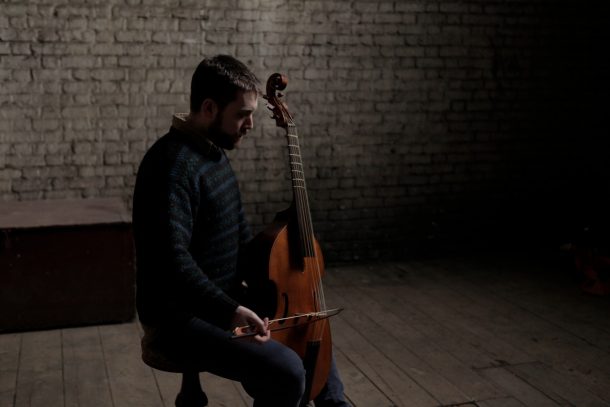 Booking has opened for Inside Voices, Liam Byrne’s performance in process inside Trajan’s Column!

Between 23 and 28 June, Liam will invite members of the public to join him inside the magnificent Victorian plaster cast of Trajan’s Column, where he will be giving a series of short performances of Baroque music for one person at a time. Each performance will be audio recorded, and each visitor will receive a personalised single edition CD of the performance in which they were present.

Trajan’s Column dominates the V&A’s marvellous Cast Courts, made in around 1864 from an earlier French metal cast of the original 1st century AD marble column. It is covered in a long and winding frieze depicting the history of Roman Emperor Trajan’s campaigns, spiralling up and around the column for a total length of over 200 meters. As such, it contains many layers of history, multiple stories about stories embedded in one object. This complex historical perspective resonates deeply with Liam’s own practice, which involves performing old music on a 20th century reconstruction of a 17th century instrument.

Inside Voices is part of Liam’s work exploring the way in which the listener’s presence impacts musical performance. In the Baroque period, live music happened in a varied assortment of domestic, institutional, public and private spaces. Nowadays, Baroque music is performed almost exclusively in concert halls, which create a rather one-way relationship between musicians and their audiences. As part of his residency at the V&A, Liam will be giving people the opportunity to experience the vibrancy, intimacy and expressivity of Baroque music from a variety of angles both historical and new.

In Liam’s words: “In our modern world we experience musical intimacy all the time, digitally. We use music on headphones almost as a form of protection from our urban environments, especially when we’re in transit. Listening to your favourite song on the tube is like wearing emotional armour. But we rarely get to experience the analogue version, sitting face to face with another human being making music only for us.”

The performances inside the column will draw from the vast historical repertoire of music for solo viola da gamba, and each will last approximately 3 minutes.