This was one of the objects that I’d had my eye on, early in the residency, for the psychic workshop. Unfortunately, it’s an item that’s on display and therefore couldn’t be used for obvious reasons.

However, it doesn’t detract from the fact that it would’ve been interesting to see what Avril, the psychic with whom I’m working, could’ve read from it. Here are the quick details: 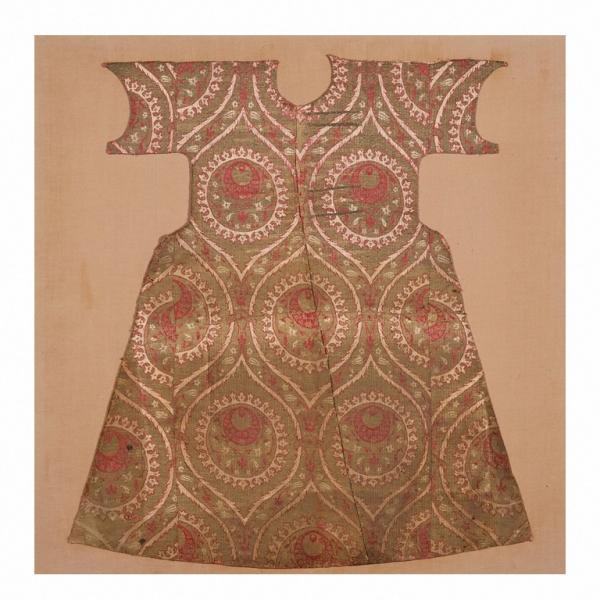 “Kaftans like this one were worn by Ottoman princes who died when they were children. They were preserved in imperial tombs where, in accordance with Ottoman custom, they were placed over the graves of the deceased.

This kaftan may have come from one of the 19 younger sons of Sultan Murat III. They were executed at the succession of their half brother, Mehmet III in 1595. This gory practice, designed to avoid a struggle for the succession to the throne, was never repeated.

I’d like to entertain the possibility that fabric, especially from clothing, can somehow absorb the traumatic energy of such an event, especially given that the kaftans were later buried with the murdered children. A psychic could possibly reveal whether this kaftan was indeed worn by one of the slain princes