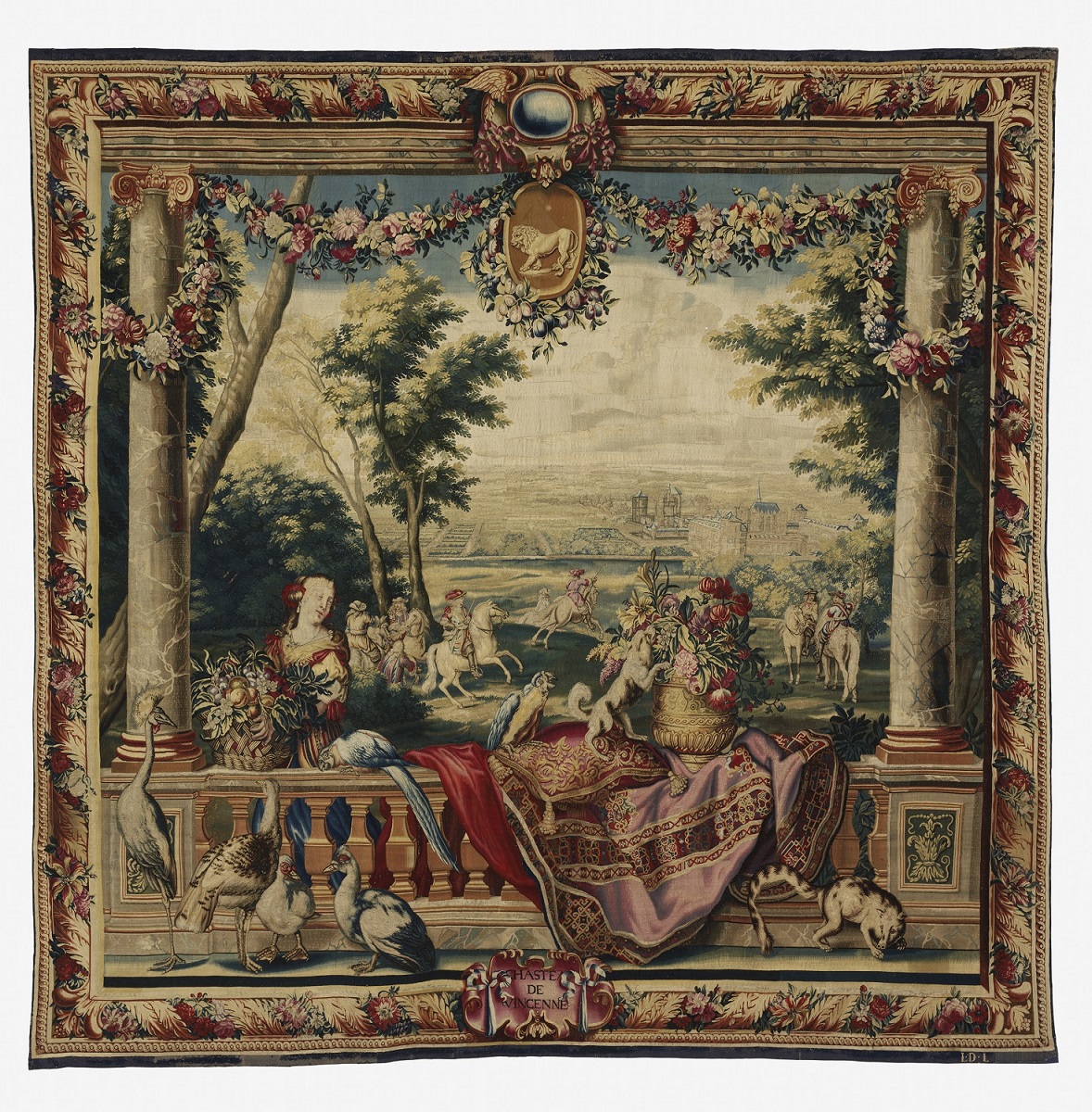 Ornament in the time of Louis XIV and Beyond

Come and join us at the V&A on Saturday, 5 December 2015, for a conference marking 300 years since the end of Louis XIV’s reign and celebrating the opening of the Europe 1600-1815 galleries in December. Supported by the Gilbert Trust for the Arts, London, and with additional support from the Institut Français Du Royaume-Uni, this conference will bring together a wide range of international speakers to explore and celebrate the tenets, impact and dissemination of the Louis XIV style in Britain and Europe. There will be presentations on many diverse topics, from furniture and silver to restoration and digitization, as well as what promises to be an exciting presentation from Professor John Rogister on his recent discovery of a large oil painting of Louis XIV’s coronation ceremony. This painting supplies a missing piece of evidence for one stage of the ceremony, the anointing of Louis XIV.

For many of us in England, and maybe even in France too, it can be all too easy to confuse one royal Louis with another. For whilst there is no overarching consensus as to how many King Louis there actually were, the figure tends to range from 16 to 20. This blog post will look at Louis XIV (1638-1715) and consider the artistic and ornamental style that he inspired.

This bronze bust shows the monarch as a fashionable young man in his early 20s with a bouffant periwig and trend-setting thin moustache. Yet this is no mere dandy. Louis became king at four years old and ruled for 71 years, so even though this bust portrays the style-conscious king in his youth, he was in fact already several years into his reign.

Louis belonged to the House of Bourbon, and this wonderful bronze, with its fleur de lys motif and armour adorned with the Order of Saint-Esprit, firmly locates the king within one the great royal dynasties. Louis’ descendants went on to be powerful rulers in their own right. For example, his grandson, Philippe Duc d’Anjou, was proclaimed King Felipe V of Spain in 1700. This beautiful gold and turtle shell snuffbox is truly a gem of the Gilbert Collection, and contains a wonderful portrait miniature of the Spanish king in all his royal adornment:

I think it is fair to say that Felipe Bourbon inherited his grandfather’s sense of regal style!

This relief in ivory depicts an older Louis in all his kingly splendour. Wearing a flamboyant wig and wonderfully detailed armour, he exudes power, authority, and glamour:

The detail below of Louis’ helmet shows Apollo on his chariot; a clear allusion to the king’s carefully cultivated connection with the Greek sun god and mythological patron of the arts.

Indeed, often referred to as ‘Le Roi Soleil’ or ‘The Sun King’, Louis XIV is remembered as an arbiter of seventeenth and early-eighteenth century European taste, fashion, and culture. He was a great patron of many art forms, and his reign saw the flourishing of some of our most celebrated French writers, such as Racine and Molière. A keen dancer himself, in 1661, Louis XIV founded the world’s first ballet school, the Académie Royale de Danse, and just a few years later in 1669, he established the famous Academie d’Opera in Paris. He had a taste for luxury, beauty, and ornament, and took a great interest in the visual arts. For example, he was responsible for turning his father Louis XIII’s modest hunting lodge into the architectural and artistic wonder that is the Palace of Versailles.

In 1662, Louis purchased the famous Gobelins workshop in Paris, which was charged with making the furnishings for his royal palaces. The workshop produced fabulous works of art and design, such as the beautiful hardstone mosaic panels in this cabinet:

Louis regarded himself as an absolute monarch and believed that his right to rule came directly from God. He clearly understood the persuasive power of the visual arts, and he employed some of Europe’s most distinguished artists, artisans, and architects in his quest to convey royal authority: Charles Le Brun, André-Charles Boulle and André Le Nôtre, to name but a few. These royal makers created magnificent objects for the king, such as this tapestry depicting Louis and his retinue hunting in the grounds of the Château de Vincennes:

Designed by Charles Le Brun and made in the Jean de la Croix workshop at the Gobelins, this tapestry provides a window into the decadence and glamour of courtly life under Louis XIV. The grandeur and majesty of the ‘Louis Quatorze style’ that emerged during his rule is a fitting tribute indeed to this most style-conscious, dynastically ambitious, and power-hungry, of kings.

If you would like to find out more about Louis XIV and the style that he inspired, you can book your ticket for ‘Lambrequins and Luxury’ here.