Yesterday our music resident Liam Byrne did a demo of the first prototype of his Ambrophonic Lyre in the Museum’s 20th century galleries. 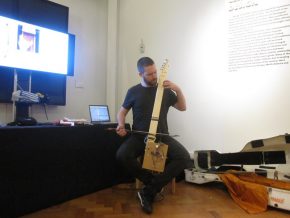 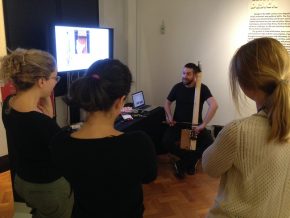 Combining elements of three historical instruments (lirone, baryton and viola da gamba), Liam’s ambrophonic lyre was made with 19 strings, two fretboards, components from an electric guitar and some simple robotics. 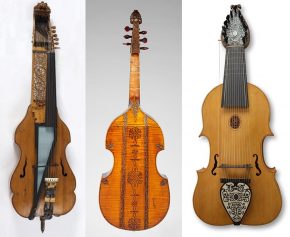 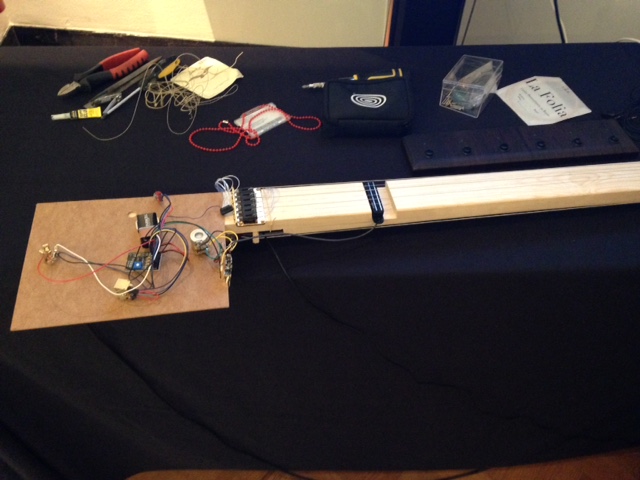 The finished instrument will be built in cooperation with Rudabega studio.

Liam’s idea of building an electro-acoustic instrument for baroque music was born out of his collaborations with contemporary composers and his experience performing old music in non traditional classical music concert settings including electronic and folk music festivals.