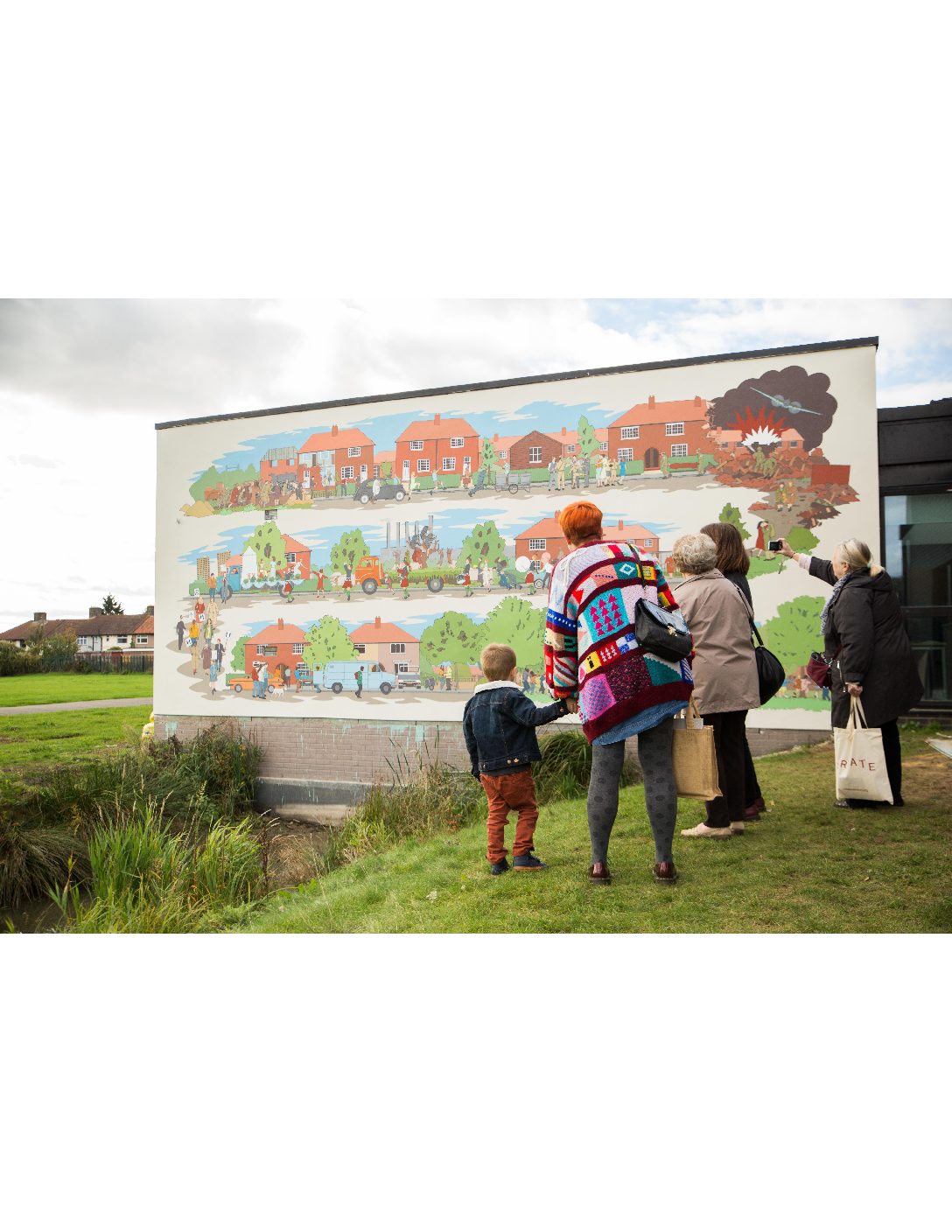 The V&A Research Institute (VARI) and Create London are seeking nominations for a four-month residency based at Create’s The White House in Dagenham’s Becontree Estate in East London between October 2017 and January 2018.

Nominations can be for contemporary artists, makers and designers of any age and nationality based outside of the United Kingdom. Nominators will be asked to submit a joint application with the nominated practitioner.

We are looking for applications from social practice artists or designers working in any form or medium interested in exploring the creative interplay between town and countryside.  The residency will be hosted by Create in their White House site on the Becontree Estate in Dagenham, engaging with its communities and multiple histories.  An exemplar of the Garden City Movement, Becontree was designed in 1921 and grew to form a part of East London.  We are interested in proposals that interrogate the cultural and architectural history of the Becontree Estate and similar garden estate projects while shedding new light on current everyday lived experiences for its residents and imagining new futures for the area.  This could take the form of investigating the edges and overlaps between town and country, looking into the origins of garden cities and city farms, or examining the range of processes and drivers of urbanisation in this spot where East London and Essex meet up.

This project supported by the V&A Research Institute dovetails with the work that the V&A has been effecting with East London communities through a variety of programmes and pop-ups as it explores avenues for its participation in the Cultural Educational Quarter that is planned for the Queen Elizabeth Olympic Park.

For full details on eligibility criteria and the application process: VARI-RESIDENCIES-FINAL-OPEN-CALL-OFFSITE-RESIDENCIES

Enquiries should be directed to: variresidencies@vam.ac.uk.

This residency is generously supported by the Andrew W Mellon Foundation.

Hello, I am sorry – but your call is a little confused – too much informations and we get lost. I should be interested to be guest of your residence program. As i am a confirmed multimedia artist i would greatly appreciate to know if you should be interested after viewing the following pages > http://www.roberteinbeck.com/serenity-projects.php and the other pages of the website. Thank you for your consideration

Paragraph 2 … … … Nationality based outside of the U.K. What does this mean? Does it not include Brits? If not, why not?

This really sounds interesting. I want to apply this residency. I work and live in Sweden with ceramics and I’m a specialist in making unique tiled stoves. I also been working with pots in different sizes for gardens and indoors. For some years I’ve been making art for public places such as schools and hospitals.

Hi, send my application on the required date and I have not received any kind of response (negative or affirmative).
I would like to know when the results of the pre-selected will be known.
Thank you very much