These commissions are intended to extend the exhibition’s theme of ‘disruption’ and to support the work of independent designers whose work pushes the boundaries of videogame design. Each of the commissioned designers were tasked with creating a game that could either be a one-off vignette game or a playable prototype that explored a larger idea or concept. Beyond this the designers were free to explore whatever genres, ideas or subject matters they chose.

You can find out more about each of the designers and get a sneak peak into their projects below.

We will be premiering these three new playful commissions as part of our All To Play For Friday Late event on Friday 25 January and they will be available for free online shortly after.

Studio Oleomingus is a two-person game studio run by Dhruv Jani and Sushant Chakraborty, and based in India. We practice at the intersection of post-colonial literature, speculative architecture and games, creating stories that seek to understand how spaces, histories and language respond when narrated within interactive mediums.

In the Pause between the Ringing

In the Pause between the Ringing is a rumination about completion, about territorial margins, and about the haunting of bodies and memories that are translated across borders.

It is an adaption of an unpublished essay written by Mir UmarHassan for the editor of the Malwa Chronicle in July 1958. The essay, which is a translation of one of William O’Shaughnessy’s treatises on the history of the telephone in India, chronicles telephone mining from the Bakelite pits of the Pitambar forest and the revival of this strange geological implement under O’Shaughnessy’s supervision during his tenure as the Superintendent of Telegraphs in British India.

I’ve been in love with drawing since I was a kid growing up in Ottawa, Ontario. The beautiful scenery and amazing museums of my home town sparked my imagination and I knew I wanted to be an artist. I started animating using a computer tablet and almost immediately wanted to be immersed in a world inhabited by my animations, which led me to learn how to use the game engine Unity3D. I began my journey making art games with a little experiment called Dream Warrior and haven’t stopped making games since then!

I’ve directed over seven games/VR experiences, have exhibited at countless museums, galleries, events and festivals internationally and have been invited to give talks all over the world.

The game that my team and I are making for the V&A Videogames commission is called Oceanarium. We are just three people currently – myself, Sean, and Kas (@theStaticMan). It’s still pretty early in the process, but for now you play as a cuttlefish, clumsily pumping around planets while strange creatures recite scary poetry to you.

Have you heard the quote, “We know more about deep space than we do about the Ocean”? This is a game inspired by that. It doesn’t seem fair if you ask me, the ocean is full of undiscovered aliens. Have you seen the Gulper eel? Seriously, Google it.

In this game you meet alien-looking fish in the deep sea that are afraid of a human invasion. Inspiration for the characters is a deadly combination of written reports of alien invasions and the actual freakiness of the deep ocean. It’s weird, but it could be real. Are you afraid? They are more afraid of you. You know why? Because biodiversity in the oceans is the first to go when climate change shit hits the fan.

Why do we know more about deep space than the ocean? Have we given up on our own planet and are looking to jump ship? It’s not the time to give up. 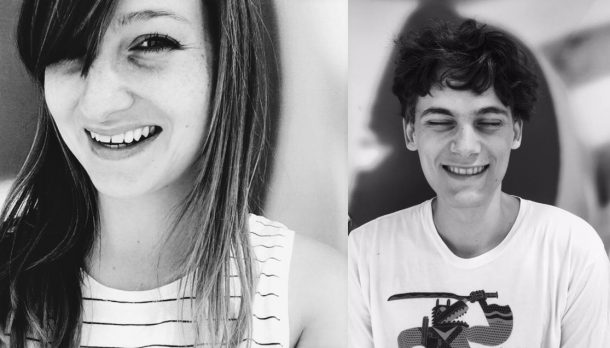 Kitty Calis is an artist, designer and producer working on projects all over the games industry, such as Horizon Zero Dawn and Action Henk. Jan Willem Nijman is a game designer and co-founder of Dutch independent games studio Vlambeer, creators of Ridiculous Fishing and Nuclear Throne. Together they just released Minit, a 60-second adventure game that ends each day after just one minute. 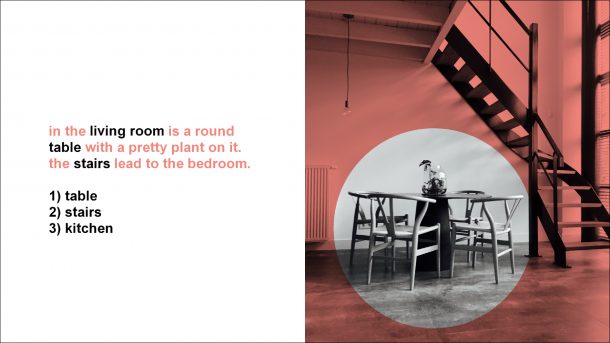 Players often have expectations when it comes to videogames, and can have completely different interpretations you probably haven’t considered. What happens when an ordinary exploration game is used as an expressive extension of these expectations? Interactions in a virtual space are shaped not only by what is presented, but also by all spaces previously visited. This is one such space and you’re right at the door…

Add your memories to the Glastonbury Festival Archive

Can we run a design workshop remotely?