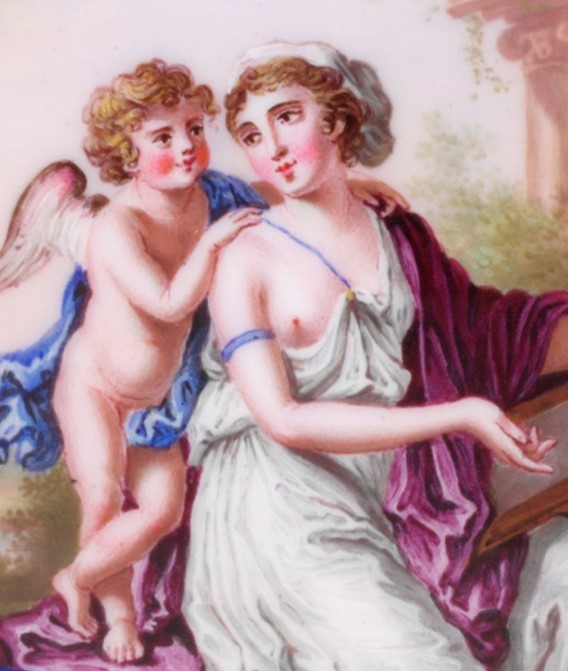 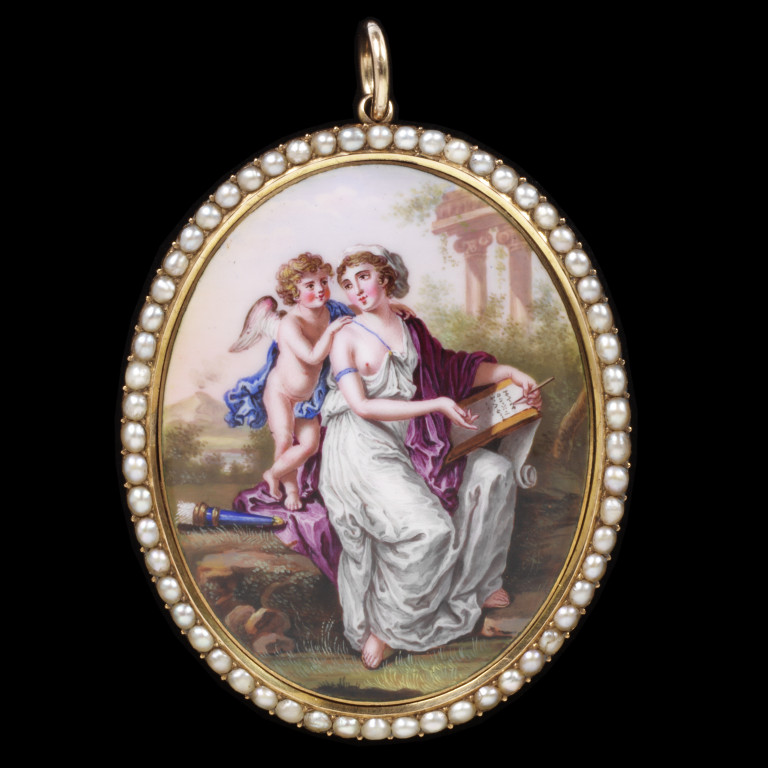 Sappho, inspired by Love, Composes an Ode to Venus

On display in room 91M

Born on the island of Lesbos around 620BC, little is known for certain about Sappho’s life. In antiquity she was regularly counted among the greatest of poets and was often referred to as ‘The Poetess’. Plato hailed her as ‘the tenth Muse’.

Sappho’s name is the origin of the word sapphic and the term lesbian derives from the name of her birthplace. However, both of these terms only came to be applied to developing concepts of female homosexuality in the late 19th century.

Today Sappho’s significance can be regarded as largely formed through the history of her reception; crucially the creation, adaption and appropriation of her reputation by moralists and others in relation to their own beliefs and cultural contexts.