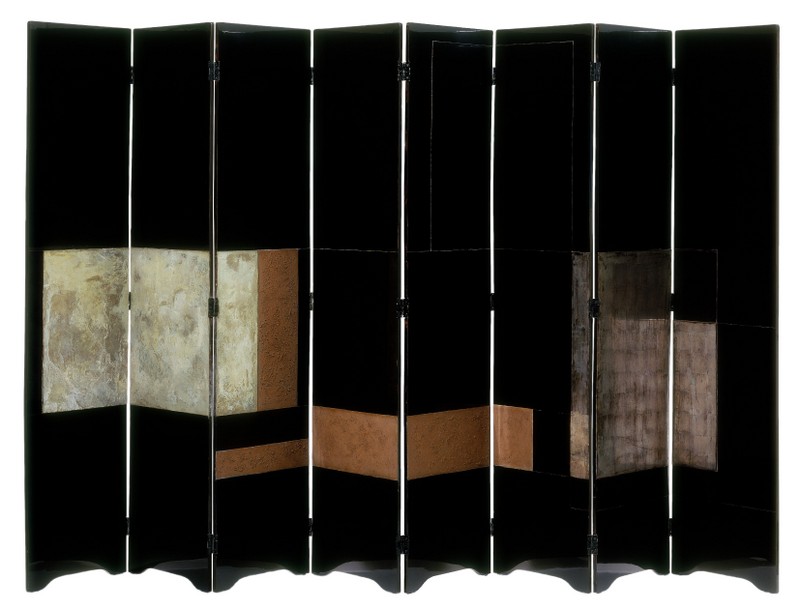 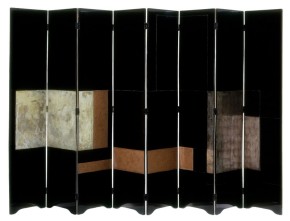 Born into an aristocratic Irish family, the designer and architect Eileen Gray (1878-1976) lived an unconventional life compared to most women of her time and class. Initially training as a paintre, it was Gray’s visit to the Paris Exposition of 1900 that first sparked her passion for lacquerwork. By 1906, Gray had apprenticed herself to Seizo Sugawara, a Japanese lacquer master living in Paris.

It was not until her forties that Gray achieved widespread recognition. Her first commission, a Parisian apartment for which she designed now-iconic pieces such as the Bibendum chair, was a critical success, enabling her to open a gallery in 1922. This screen is typical of her aesthetic: minimal and Japanese-inspired.

Living in the avant garde of 1920s Paris, Gray – who was bisexual – was a notable member of Natalie Barney’s feminist salon. Barney, an American expatriate and lesbian, reigned over a circle which included the painter Romaine Brooks and the left-wing writer Elisabeth de Gramont. After World War Two, Grey’s works faded into obscurity, but enjoyed a rediscovery in the 1960s.