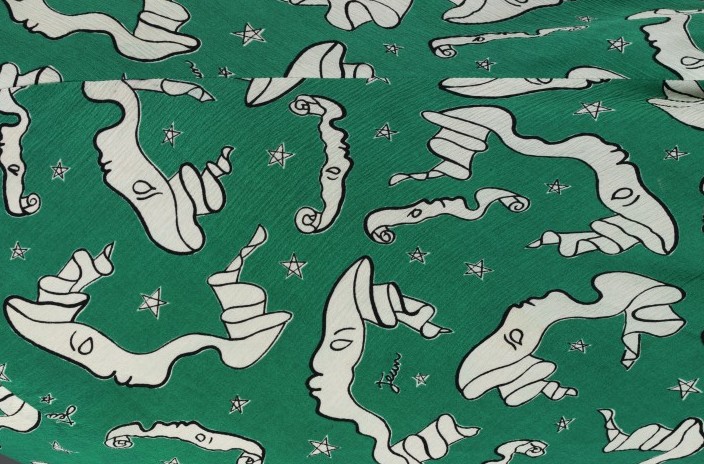 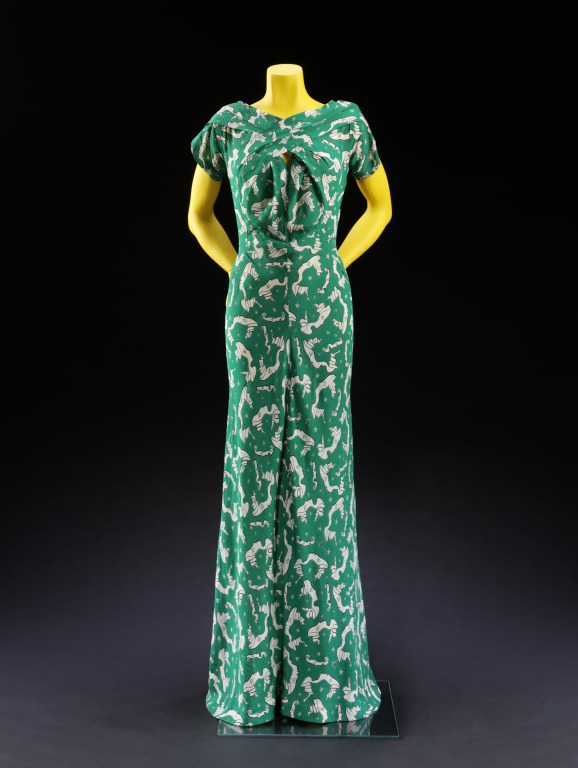 On display in room 40

At first glance, the playful print on this vivid evening gown is merely a collection of disembodied faces, tumbling over the fabric in the Surrealist style so popular in 1930s couture. In fact, the faces are portraits: of the French writer and artist Jean Cocteau, and his lover and muse Jean Marais.

The fabric was designed by Cocteau himself; a multi-talented man whose activities spanned the theatre, film, poetry and the visual arts. Marais starred in many of Cocteau’s films including La Belle et La Bêteand they remained close friends until Cocteau’s death in 1963. Charles James, the gown’s Anglo-American designer, used this fabric to create a subversive and witty love letter to his friends.

Cocteau, Marais and James all moved in the same cosmopolitan, tolerant and sexually liberated artistic circles of period – as did the photographer and costume designer Cecil Beaton, who donated this gown to the V&A.