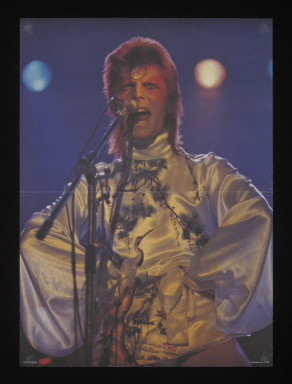 We are pleased to announce that on the 10th February 2017 we will again be one of the national hubs for OUTing the Past: The National Festival of LGBT History.

PLEASE NOTE: Due to a technical issue, this event does not appear on the Museum’s What’s On page but we can confirm that IT IS taking place!

To commemorate the 50th anniversary of the partial decriminalisation of homosexuality, the theme for this year’s festival is ‘Law, Citizenship and PSHE*’ (*Personal, Social and Health Education). This year we are holding an evening event featuring four speakers, whose presentations share recurring themes of theatricality, visibility and self-identity.

The festival event will take place in the Museum’s Learning Centre, Seminar Room 5. Each presentation will last 40 minutes (including a short Q&A where possible), with a 20 minute break in the middle. This is a free, non-ticketed, drop-in event. Entry is on a first-come, first-served basis. The line-up for the evening is as follows:

Rock music has often given a voice to minority groups, including the trans and gender variant community.  Through an examination of trans pioneers like Jayne County and Laura Jane Grace, we will also explore lyrics from Lou Reed and The Kinks, and the blurring of gender stereotypes in image and dress with figures such as David Bowie and the New York Dolls.

This presentation will give a brief run through the history of trans representation in rock, and address how it has helped in changing attitudes and raising awareness.

This is the untold story of the Oxford Gay Action Group (1972-74), which straddled CHE and the GLF (Gay Liberation Front), as well as the two distinct communities of the city known locally as ‘Town and Gown’. Oxford was a pioneer in producing gay theatre and was home to the first gay switchboard in the country. Colourful characters and lots of good stories told by someone who was there!

Alison Child (Behind the Lines)

Gwen Farrar and Norah Blaney were household names in the 1920’s. They filled the London Palladium for the farewell performance of their variety act in 1932. They were lovers from 1915 to 1931 and counted Radclyffe Hall, Jo Carstairs and Talullah Bankhead amongst their close friends.  Alison will explore the reasons these remarkable women have been excluded from cultural memory.

‘Exploring the links between lesbian and trans history through Bryher (Annie Winifred Ellerman)’ 20:20 – 21:00

Born into enormous wealth, Bryher was an important patron of literature, psychoanalysis and cinema in the early twentieth century and used her semi-autobiographical fiction, published in the late 1910s and early 1920s, to explore her own gender and sexual identity. This talk will examine how Bryher drew on ideas about gender and sexuality derived from early twentieth-century sexology to articulate her own sense of non-binary gender identity and same-sex desire, and will shed light on a fascinating figure in terms of both lesbian and trans history, opening up discussion about the influence of sexual science and medicine on understandings of lesbian and trans lives.

As with previous events, we hope that the Learning Centre foyer will also provide a useful and comfortable space for visitors to meet, relax and continue discussions with each other.