The V&A’s Archive of Art and Design (AAD) holds and conserves records from individuals working within the creative arts. In the AAD, we focus mainly on records from the 20th century onwards, with a particular interest on the design process. Many of our collections were built up over time an artist, designer, or company and represent the eclectic world of art, design and creativity from the United Kingdom. You can search our catalogues here. I have plenty of personal favourites, but in the wake of National Science Fiction day I couldn’t think of a better archive to introduce you to than that of Sir Eduardo Paolozzi’s Krazy Kat Arkive of Twentieth Century Popular Culture.

Born in 1924 in Leith to Italian parents, Paolozzi is known as one of the founding members of the Pop Art movement and is recognised globally as a sculptor and graphic artist. He amassed his collection over twenty years before donating the majority to the University of St Andrews department of fine arts. The archive at the V&A consists of several thousand items collected by Paolozzi since the 1930s. The collection was intended to explore the iconography used during the machine age, and the presentation of the relationship between man and the machine, a theme that travels clearly through the majority of Paolozzi’s work.

Science Fiction piqued the interest of the masses in the 19th century, with the likes of Jules Verne, H.G. Wells, and Mary Shelley, and thrived with a golden age in the 1940s – 1950s. At a time marred by the legacy of the Second World War and its immediate aftermath, in the UK, the economy was in tatters and the country was still under rationing till 1954 – so perhaps it’s no surprise that media offering fantastical escapism became popular.

The main figure than runs throughout the entirety of the collection is that of the ‘hero’. The word ‘hero’ means many things to many people, conjuring images of daring deeds, feats of courage, duty, and self-sacrifice. What Paolozzi’s collection manages to capture is how the image of the hero encapsulates the aspirations of society at the time. This is especially evident in the comic books in the archive, whose heroes are often the ‘perfect’ figure to represent the hopes, dreams and desires of society.

Traditionally, when thinking of Science Fiction, one immediately thinks of American media and blockbuster names such as Marvel and DC. However, Paolozzi was keen to represent views from across the globe. Within his collection, there is a vast array of toys, books and comics collected from 1930s Japan and Germany, contrasted with similar items from the western allies. Thanks to Paolozzi’s global interest the collection doesn’t just present a one-dimensional view of the hero archetype. We see the hero, the anti-hero, and other unconventional symbols of heroism.

The collection captures beautifully the global changes shown in popular media, and the clash between traditional values and the onset of the machine age. The pace of real technological advancements was staggering; our relationship with machines forever changed. We see this in many comics of the era, which depict the hope and interest in technological changes and experiments but also people’s anxieties. ‘Magnus Robot Fighter’ was a comic set in a world where humans have become dependent on the use of robots, and it is the role of our hero to save people from rogue robots intent on doing them harm. Magnus does not share the position of Fantastic magazine which presents a much more upbeat and fantastical view.

Paolozzi’s collection encapsulates the societal shift with really quite ordinary things. Toys, books, magazines and comics are not necessarily ‘high art’ nor ‘high value’ items – but taken together Paolozzi shows the importance of ephemera, and how its value comes from its ability to record our lives, the hopes. 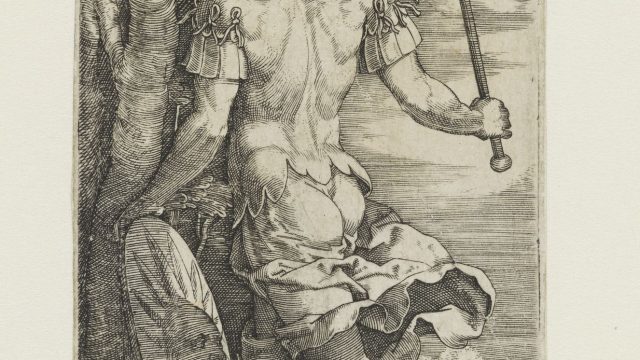