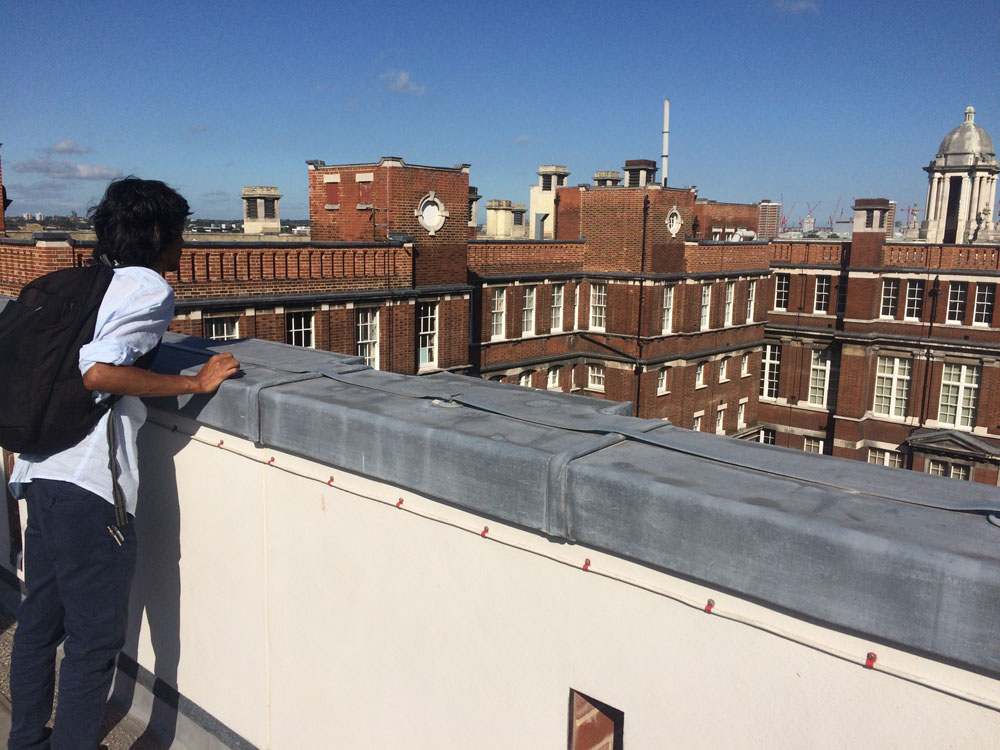 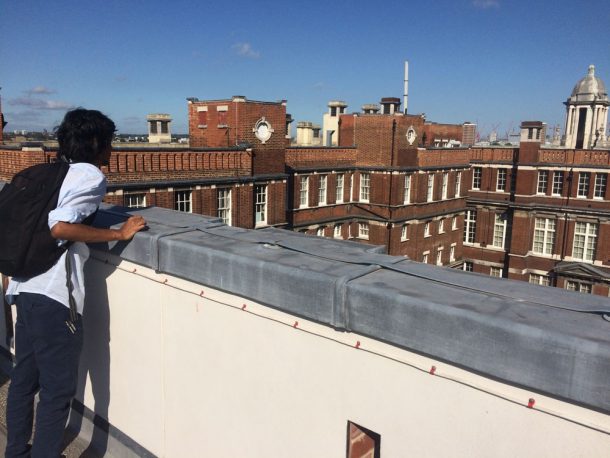 Paraa is an architectural studio based in Bangladesh which focuses on enhancing spaces for communities through interdisciplinary practice. As an organisation embedded in collaboration their team varies depending on the type of project they are engaged in. The team in residence with the V&A and SPACE Studios at the White Building includes Abbas Nokhasteh, Kazi Arefin and Ruhul Abdin.

During their residency, Paraa want to explore the V&A and it’s collections in the run up to the opening of V&A East . They are aiming to set up a series of collaborative workshops and presentations, engaging and working with neighbourhoods within close proximity of the new museum in Stratford. Paraa aims to enable the start of a fruitful dialogue between museum and its surrounding community. 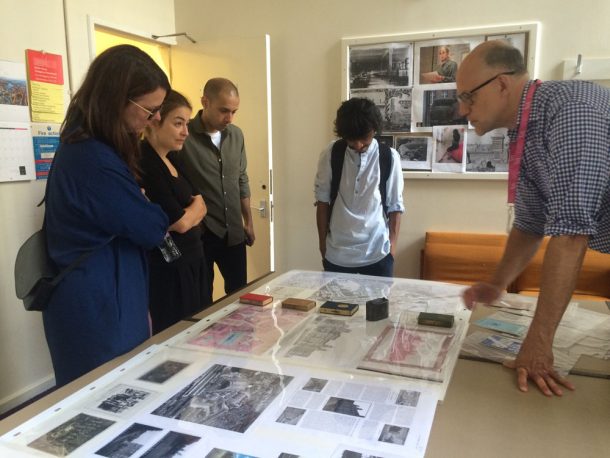 We took Paraa to see Blythe House, originally built as the headquarters of the Post office Savings Bank,  now used as a store and archive by the Victoria and Alert Museum, the British Museum and the Science Museum. Paraa were given a tour by the Blythe House Manager, Glenn Benson, who told them about the history of the building and its staff. 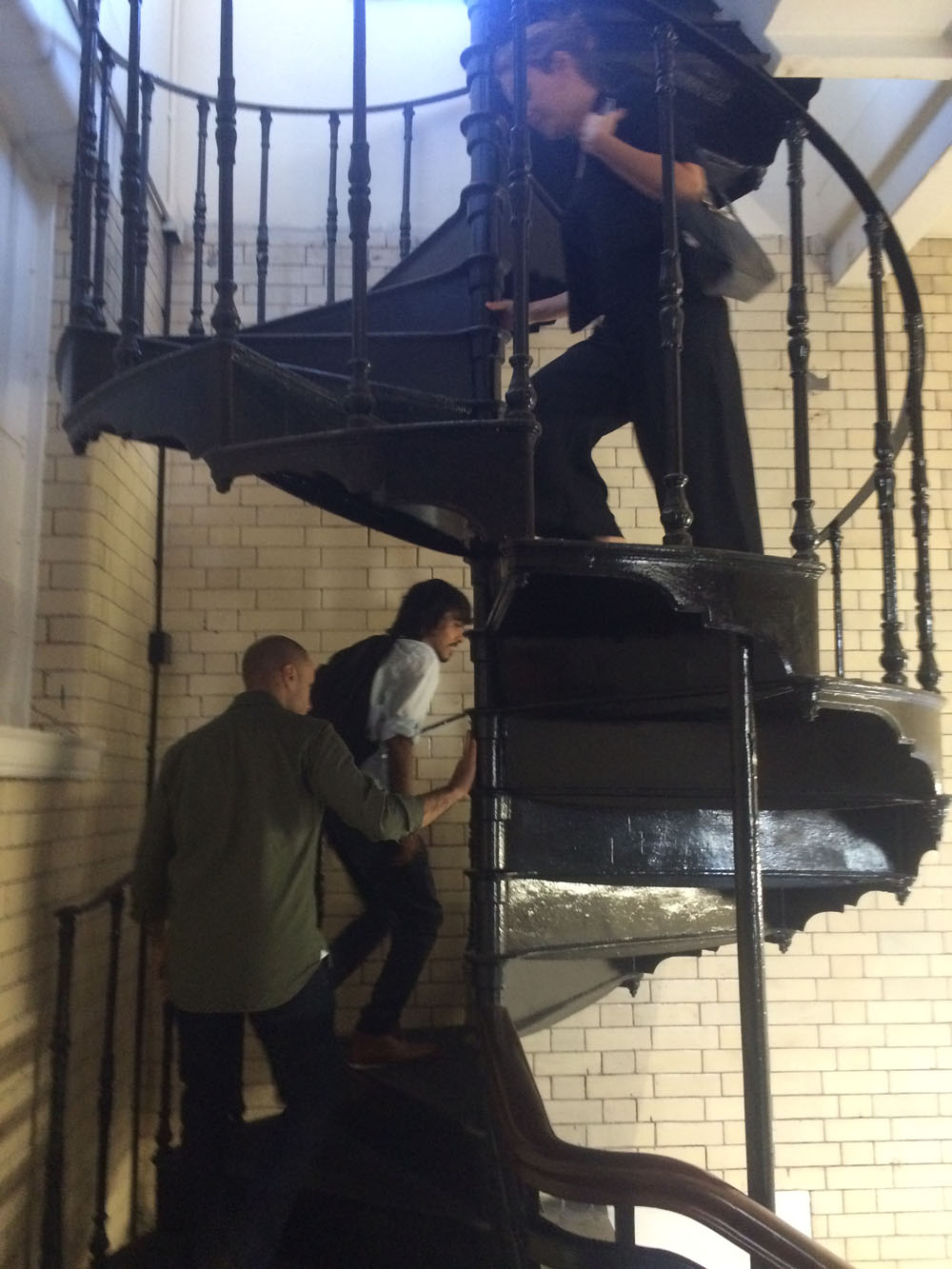 We then explored the many stores filled with clocks, textiles, paintings, furniture, and much more! We also visited The Clothworkers’ Centre, a state-of-the-art facility that offers visitors and researchers a unique opportunity to inspect and study the V&A’s collections of fashion and textiles. 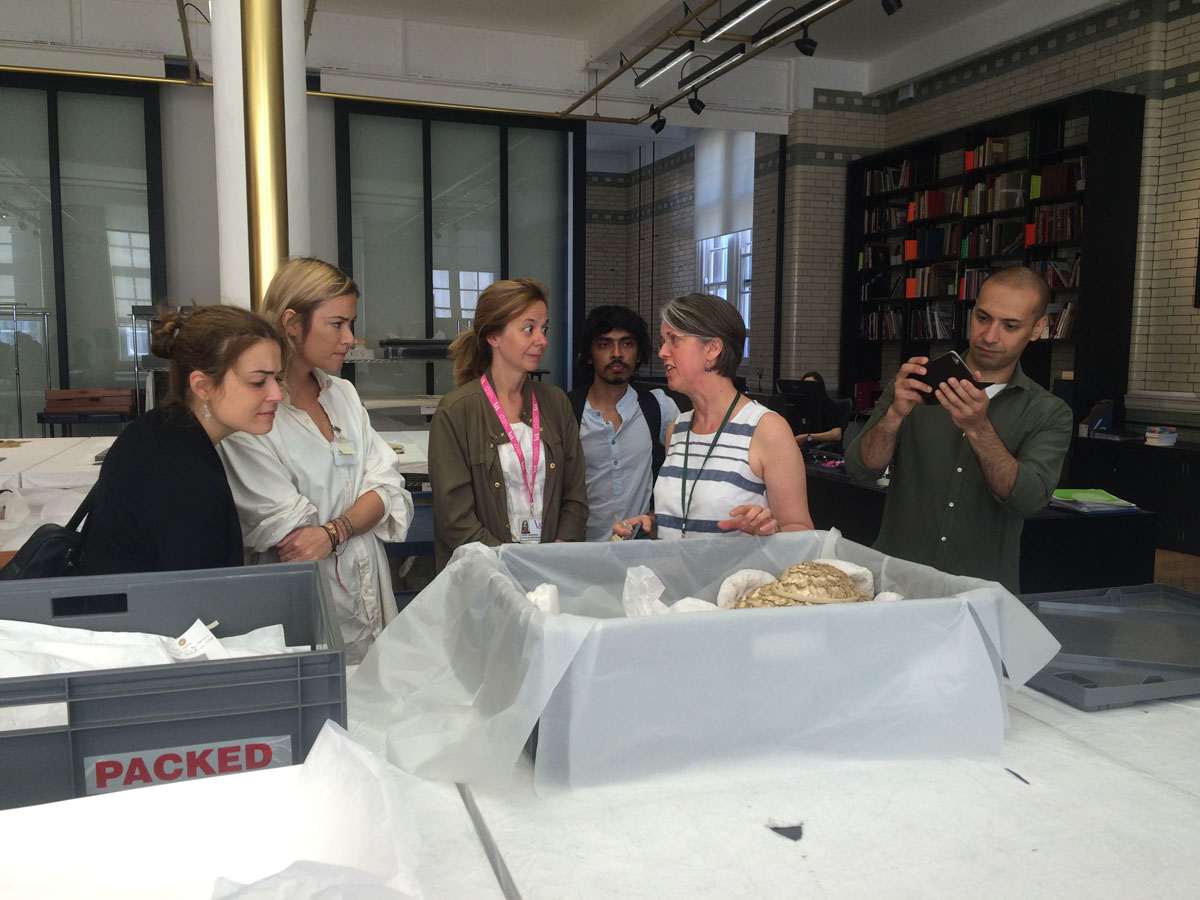 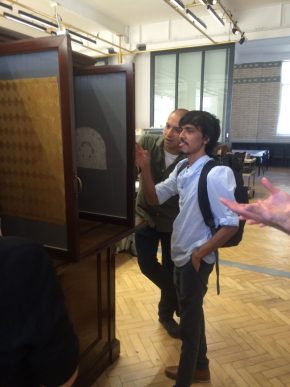 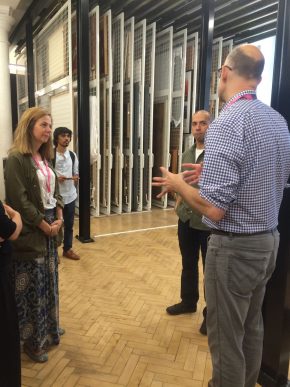 Generously supported by The Andrew W. Mellon Foundation
In collaboration with The White Building