This pack of cards (only four left) were one of the items read by Avril during the first psychic workshop we conducted.

She had never seen or touched them before. Taking one of the cards in between her palms, here is what she said: 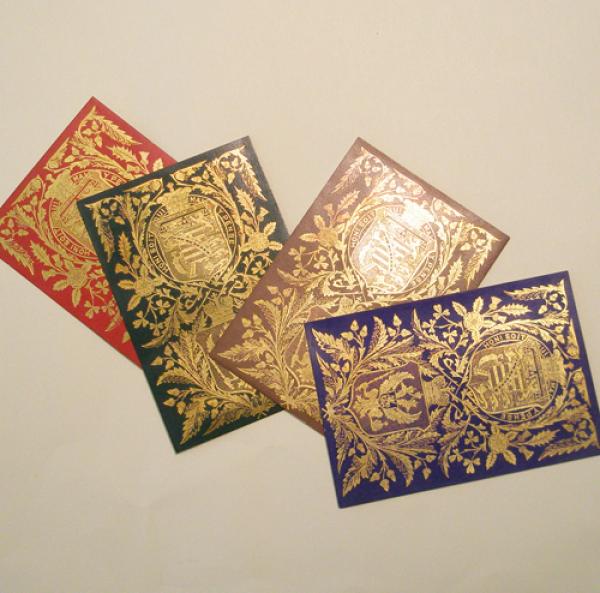 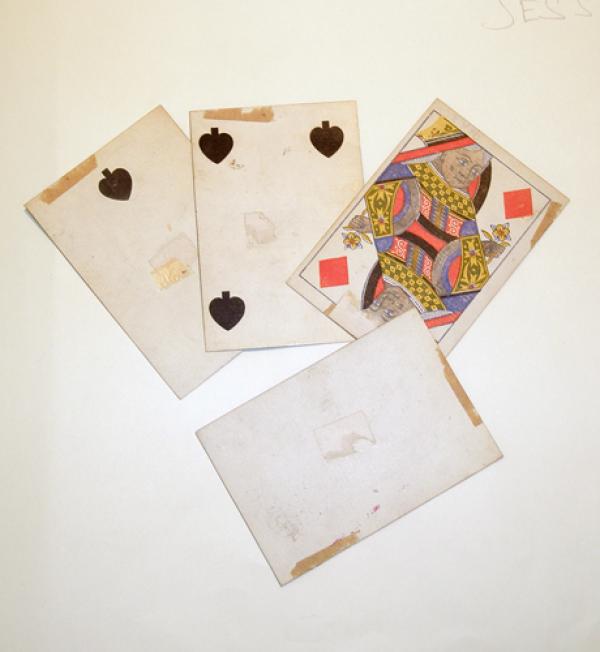 – they are masculine cards.

– I see a large door with a wooden table, and a large mirror hanging.

– I feel like I can go under the building and into a tunnelled area leading into a kitchen or serving area, through to a dining room/sitting room.

– there is a gentleman sitting, near a big open fireplace.

– there is some kind of military conversation or interaction.

– the man is a large, portly man, fond of brandy, with strong features…. large nose and thinning hair on top.

– has a background in politics, maybe theology?

– a good conversationalist, and is opinionated.

– others would have sought his advice.

– suffered at night with colds – grumpy.

– I can see a younger man, in a red jacket with gold braid, with a moustache.

Here’s what we know about the cards, which were revealed only after Avril’s reading.

The cards were bequeathed to the V&A by Sir Henry Cole (1808-1882). According to the Museum, they belonged to him. 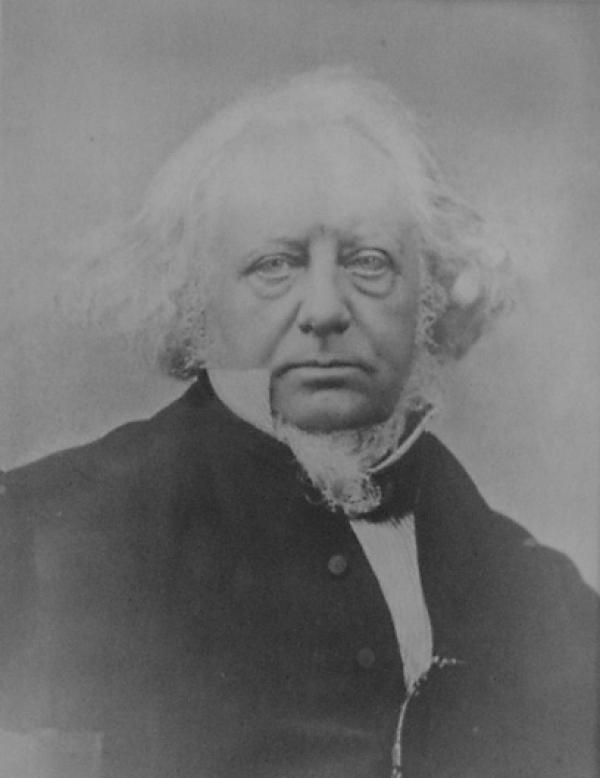 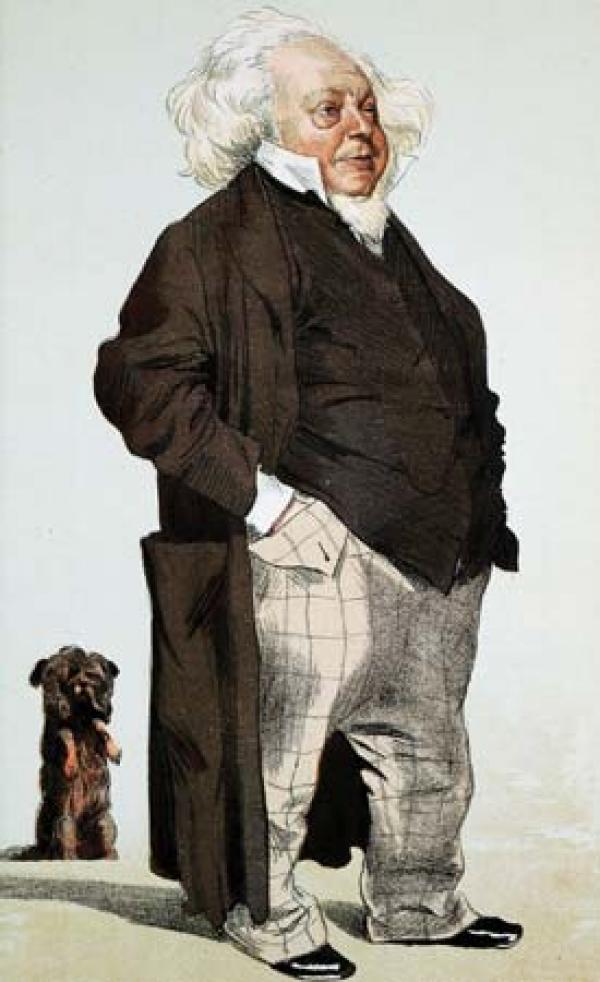 As you can see, Avril’s description of Sir Henry Cole was not far wrong.

The following paragraphs are taken from the V&A’s website and is the obituary of Sir Henry Cole.

“In 1823, at the age of 15, he went into the public service under the Record Commission.  At a later date he was appointed an Assistant-Keeper of the Public Records. While holding this position, he published ‘Henry the Eighth’s Scheme of Bishopricks’ and copies of several of the public records; and a series of pamphlets which he wrote on the reform of the public record system contributed materially to the establishment of the present General Record Office.”

“In 1840 Mr. Cole, who was still engaged in the public service, gained one of the four prizes of £100 offered by the Treasury for suggestions for developing the Penny Postage plan originated by Sir Rowland Hill.”

“It was about the year 1845 that Sir Henry Cole began to devote his chief attention to the development of art in connexion with industry and manufactures. At this time he originated a series of ‘Art Manufactures’, contributing many designs himself, and he assisted the Society of Arts in organizing a series of exhibitions for the purpose of stimulating public industry and invention. This was the germ of the Great Exhibition of 1851, for Mr. Cole’s suggestion that every five years the exhibitions organized by him should assume a national character was adopted by the Prince Consort (Prince Albert) and developed into the Great International Exhibition, which first revealed to the nation how far it had fallen behindhand in the finer arts of manufacture and design.”

As you can see,  much of the text will verify what Avril has said to a certain degree, and pin points a time in Henry Cole’s life that was significant, namely the period of the Great Exhibition (the 1850’s) and which Avril had mentioned. It also mentions his relationship with the Prince Consort. 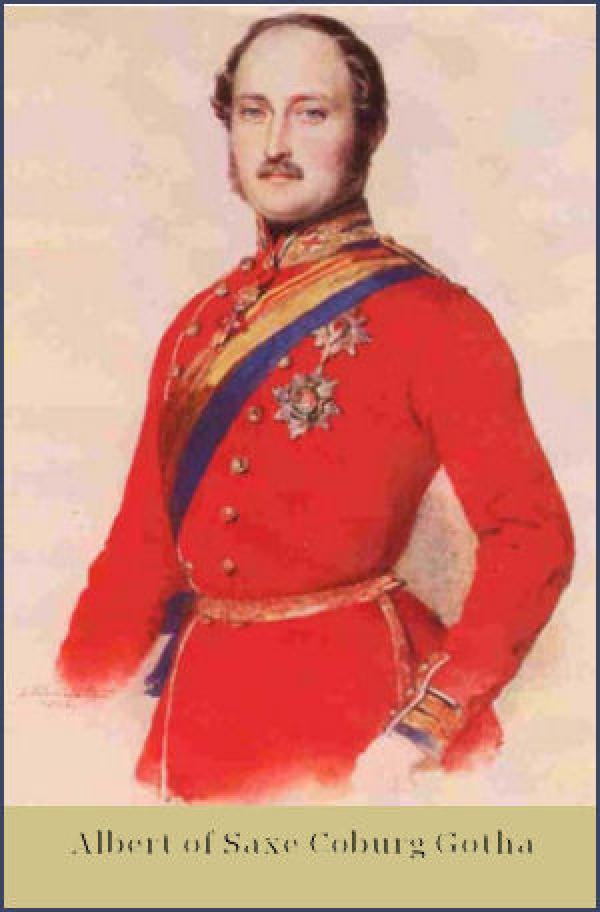 Prince Albert could have been the younger man in the red jacket and gold braid, and also the German influence that Avril said she could feel.