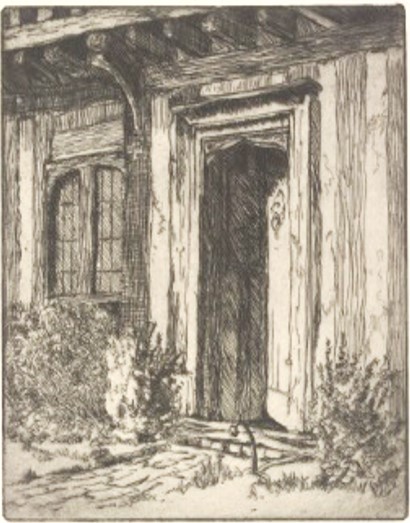 Having already heard about early trials of this project (but being sworn to secrecy about it!), we’re excited to see today’s launch of Historic England’s new research project Pride of Place.

Historic England (formerly known as English Heritage) are working with historians at Leeds Beckett University’s Centre for Culture and the Arts to identify buildings and places with LGBTQ connections. Looking to map and record, in their words: ‘from the private houses of trailblazing individuals; to the much loved local gay bar; to the first venue in town to host equal marriage and everything in between.’

This is a ground breaking research project that will uncover the untold queer histories of buildings and places people have lived alongside for generations. The result will be a map of England that plots the multitude of buildings across the country that hold a sometimes hidden, sometimes public, LGBTQ history.

People can contribute at www.mapme.com/prideofplace

Historic England have given a number of introductory examples of places with LGBTQ-connections. Links to some of these can be found within the V&A collections. Hopefully these will get some of you thinking about what LGBTQ places you think should be added to the map.

A property bought by renowned Victorian actress Ellen Terry. On her death it was left to her daughter Edy Craig, an early pioneer of the women’s suffrage movement and theatre director, who lived there in a ménage à trois with the dramatist Chris St John (Christabel Marshall) and the artist Tony (Clare) Atwood.

The “queer gothic” home of Horace Walpole, a collector of importance, who also had a notable private life. He never married, wrote affectionate letters to male friends, and contemporaries often commented on his effeminacy. On his death in 1797, Walpole left Strawberry Hill House to his niece, the lesbian sculptor Anne Damer, who lived there until 1811.

Where Edward Carpenter (the founding father of gay rights in Britain) lived openly with his partner George Merrill at a time when hundreds of men were prosecuted for homosexuality.

Opened in the 1930s by a retired colonel, the Gateways club was the longest running lesbian nightclub of the twentieth century. Clientele was diverse throughout the 1940s and 50s and visitors to the club included actresses Joan Collins and Diana Dors, as well as prostitutes and petty criminals. Lesbian-friendly since the 1940s, in the 1950s and 1960s the Gateways later became an almost exclusively lesbian club. It closed in 1985.

The club became internationally famous and celebrated after it featured in the film The Killing of Sister George in 1968 – the extras in the club scenes were genuine Gateways members.

(Admittedly the link here is a little more distant, but to be honest I just really wanted to include these two images of Beryl Reid!)