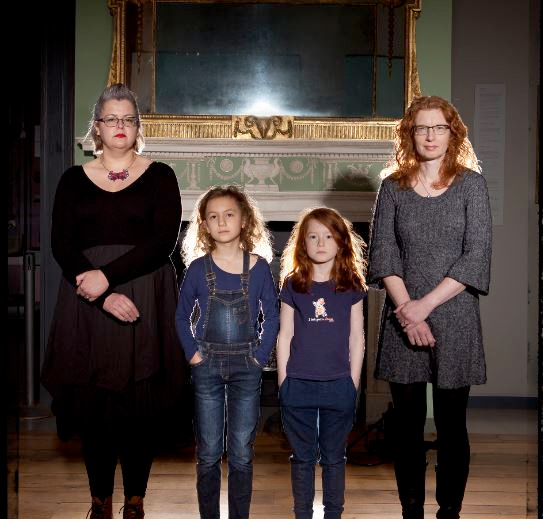 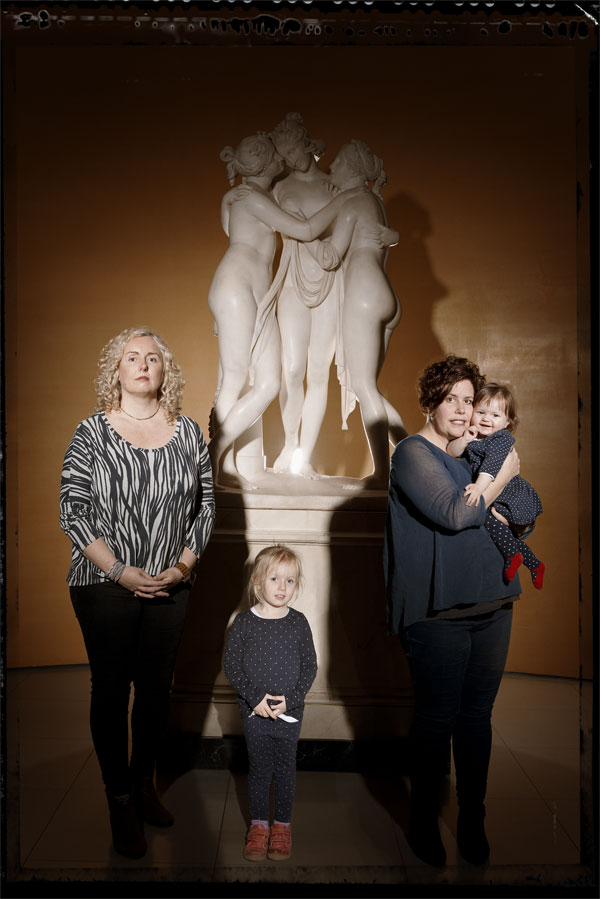 The second outreach project during my residency at the museum involved working with Rainbow Families, a Brighton-based social group for lesbian, gay, bisexual, transgender and questioning (LGBTQ) parents and their children.

The Learning Team at the museum are skilled at providing material to help the museum collections relevant and interesting for family groups.  We worked together on producing a family trail which consciously avoided limiting notions of families as solely heterosexual, two parent groups. 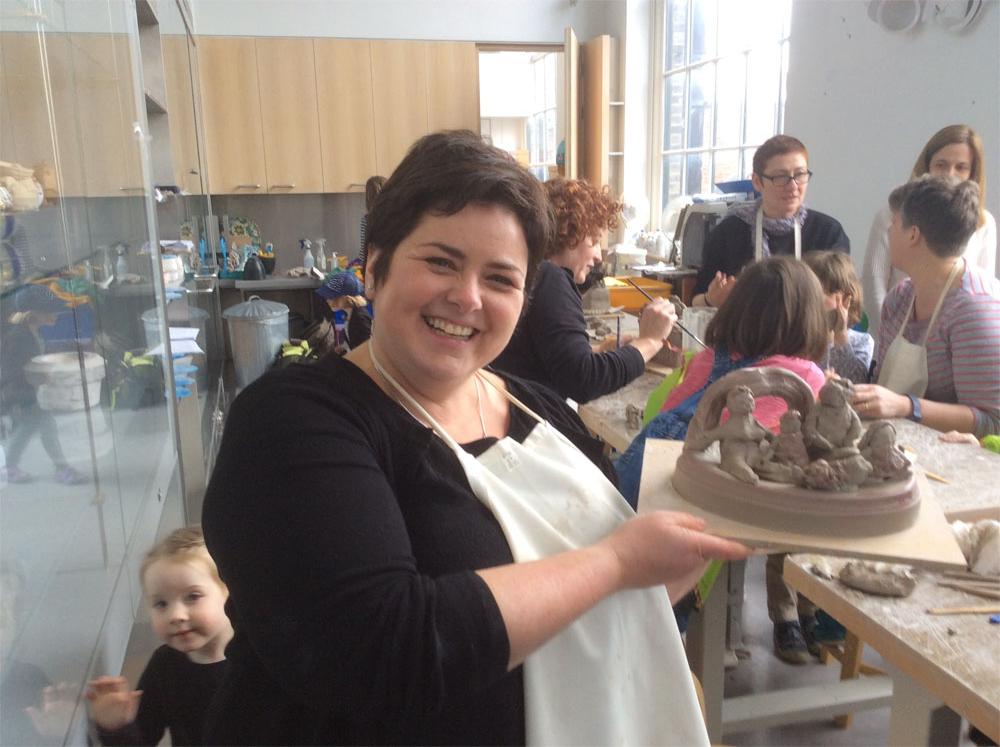 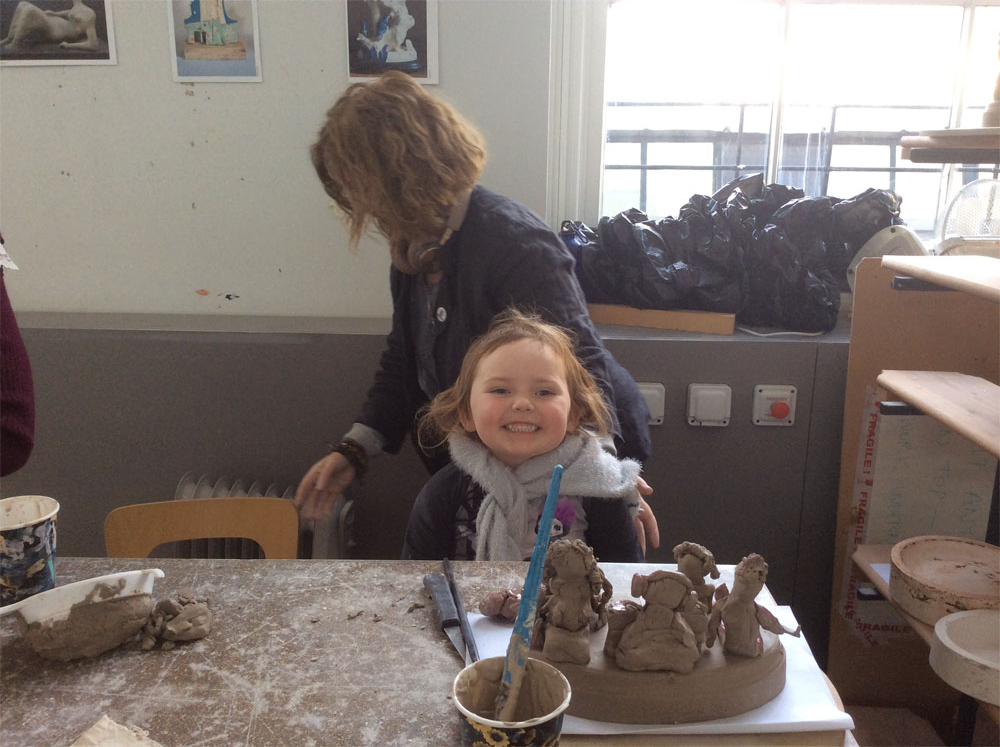 We also provided a series of clay workshops where the families were encouraged to make three dimensional self portraits of their families based on the Staffordshire flat back figure groups in the museum’s collections. 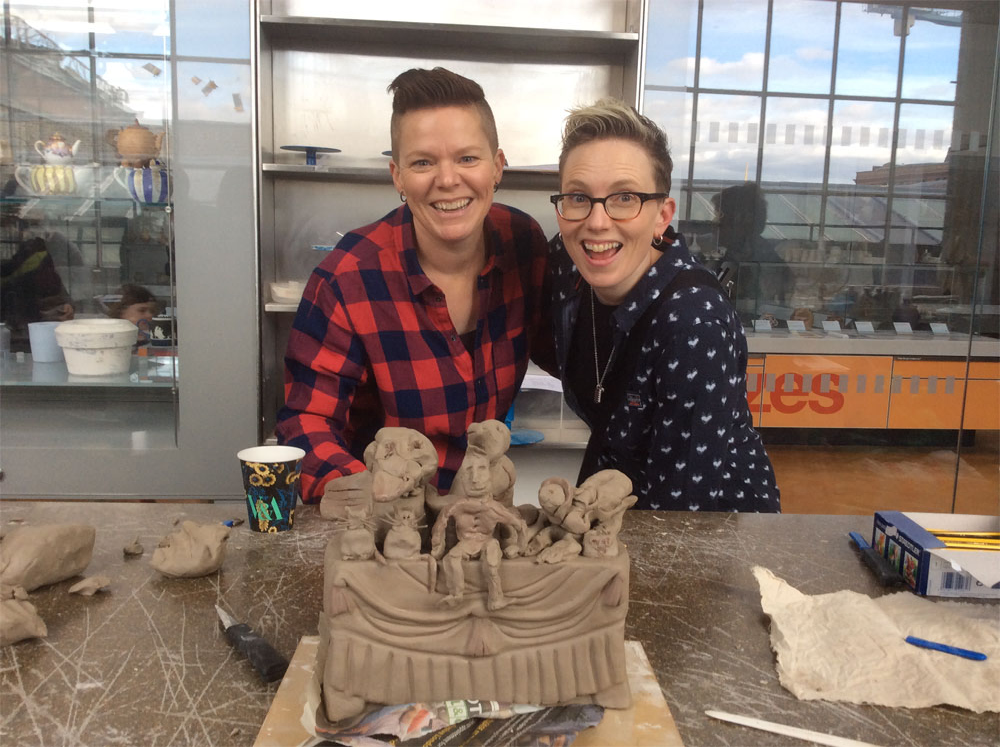 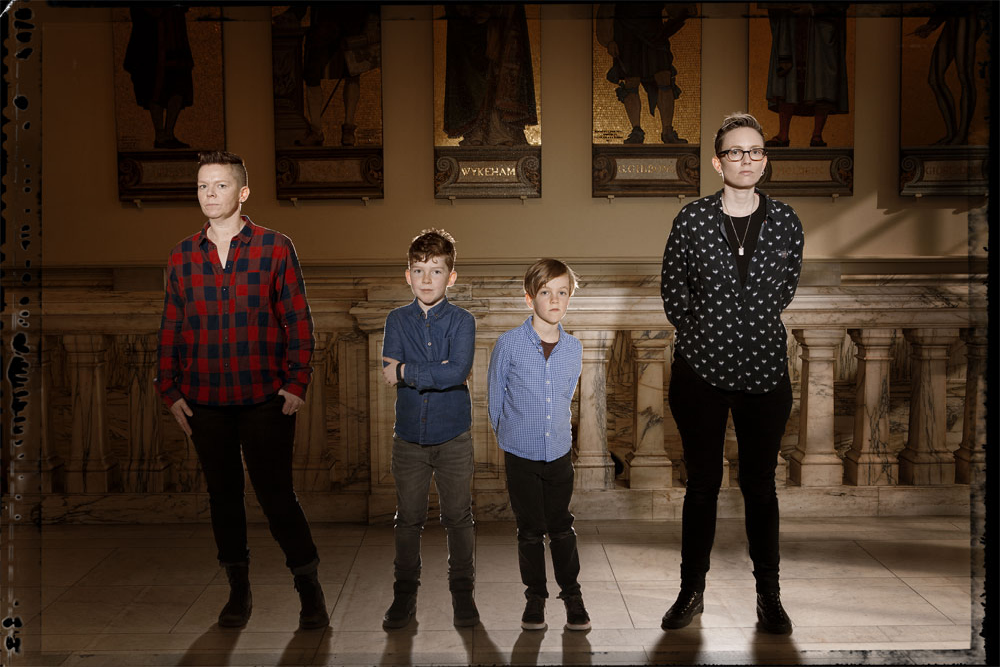 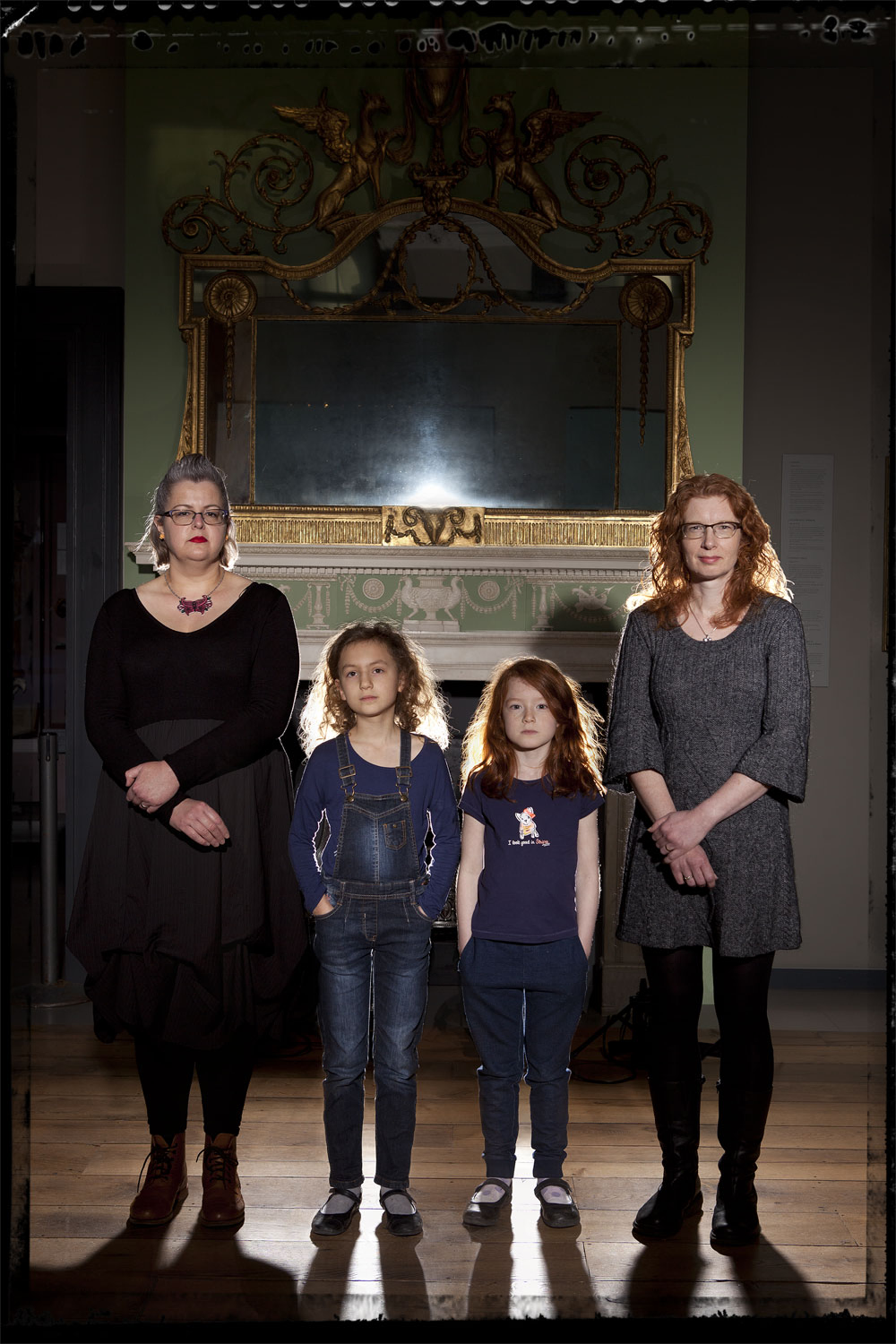 Pat has a long running practice of taking ‘alternative family portraits’.  Through a very particular photographic process, Pat’s images have a slightly uncanny air.  With tongue very firmly in cheek, we thought this might play into conservative fears of difference in family groups. 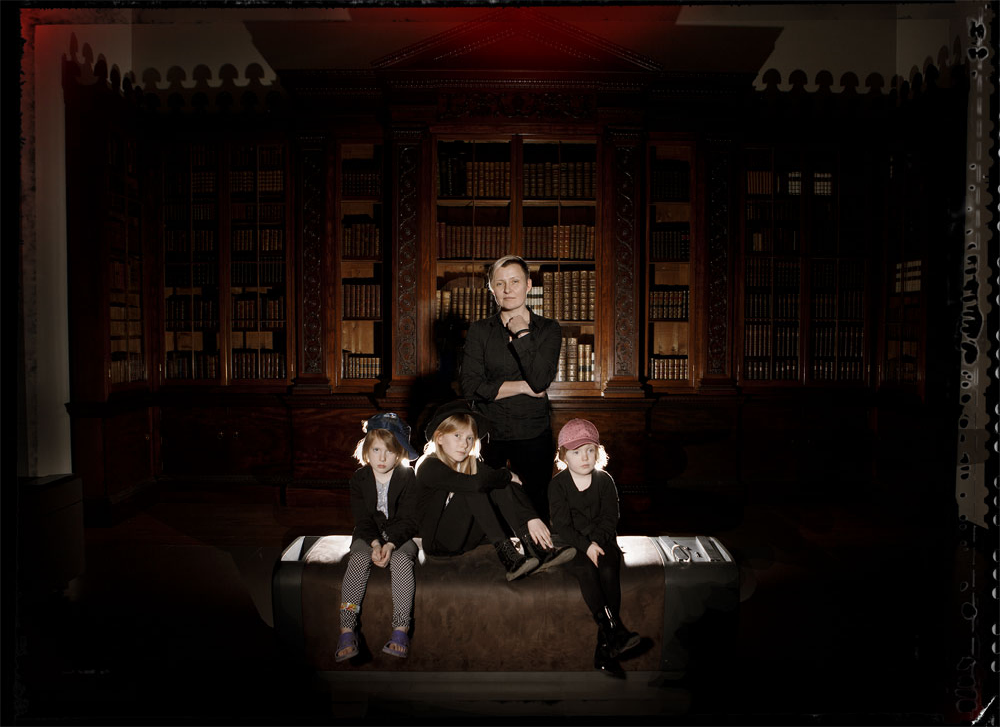 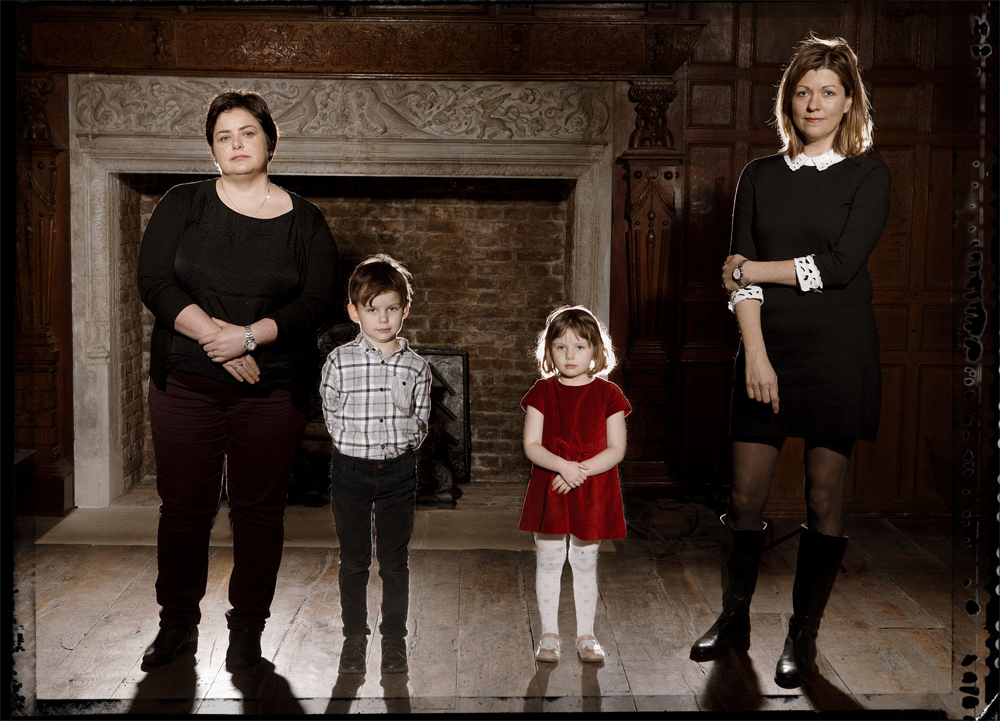 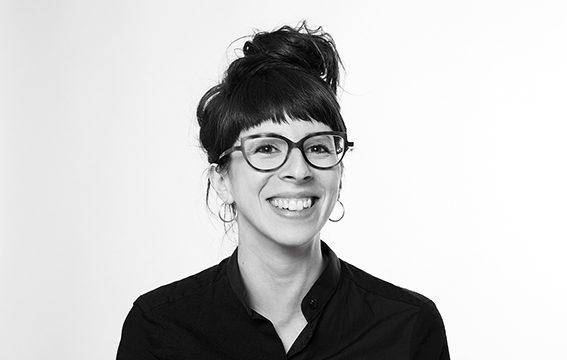 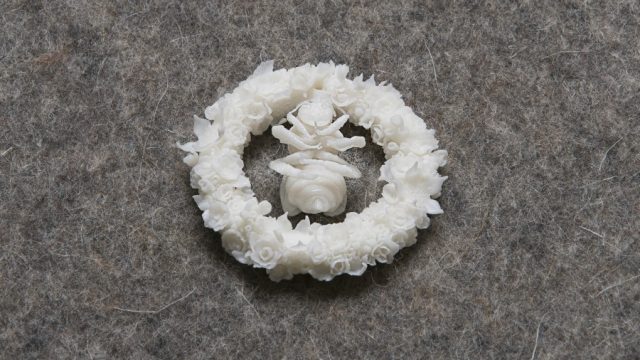