Mother’s day is this weekend; a time for family gatherings, and maybe for sharing old favourite stories that have been passed down between generations. It brings to mind a book of old spooky stories we have in the National Art library that was put together by a mother and her son. 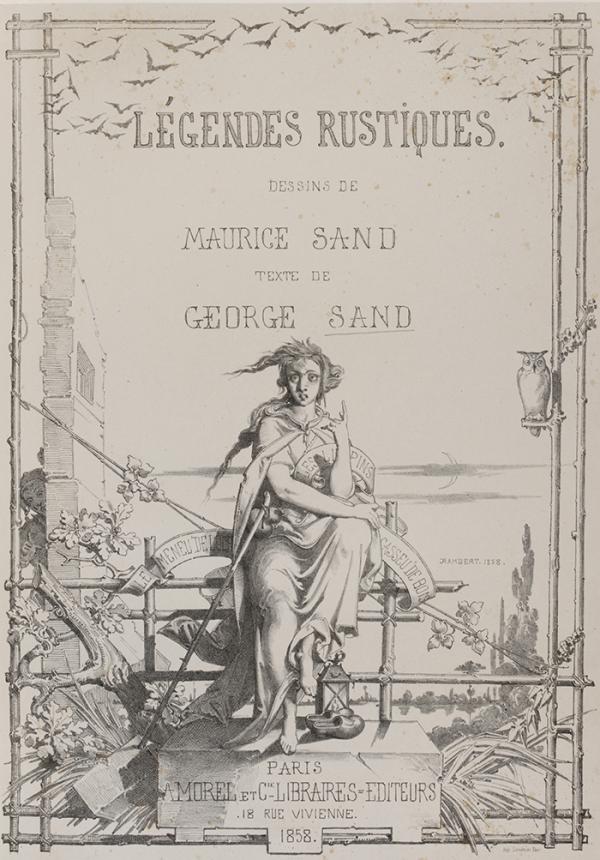 ‘Legendes Rustique’ was written by George Sand (pen name for Amantine Lucile Aurore Dupin 1804-1876), the famous French novelist. It was a collection of folk tales from her beloved province of Berry in central France where she grew up. Her son Maurice Sand (Jean-François-Maurice-Arnauld, Baron Dudevant, 1823-1889), a talented illustrator who studied under Delacroix (1798-1863) and Barthélémy Menn (1815-1893), helped collect the stories and provided the eerie illustrations. 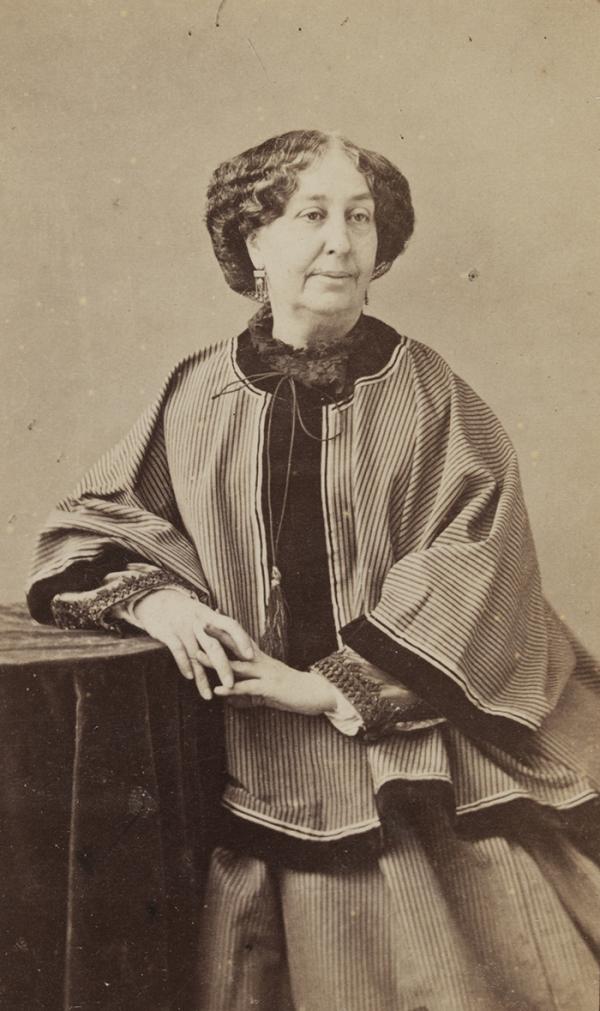 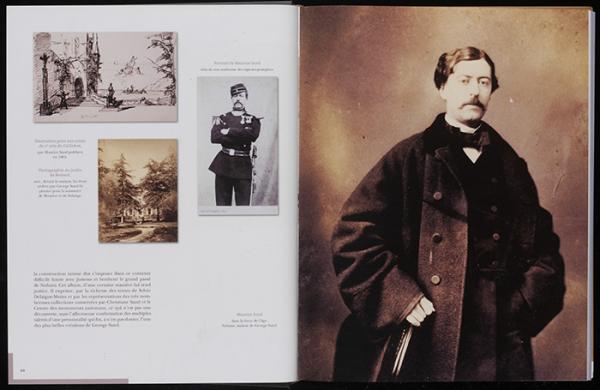 The tales collected in ‘Legendes Rustique’ all contain supernatural elements which were common in folk and fairy stories. George Sand wrote a number of novels inspired by peasants from Berry that reflect the customs, traditions and superstitions of rural life – the narrator often describes hearing the story from a local villager. 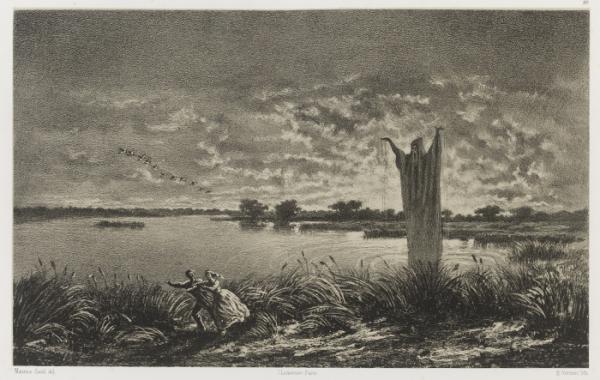 Haunted pools were a common feature in folk tales, probably reflecting the very real dangers of drowning. The illustration above shows lovers fleeing a pond haunted by the ghost of an evil monk. In George Sand’s rustic novel ‘Le mare au diable’ (The Devil’s Pool) an old woman tells Germain and Marie (at this time not yet lovers…) that the pond where they lost their way is haunted. If you stop there at night you won’t find your way home until the morning. No matter how long you walk, you will always return to the pool. 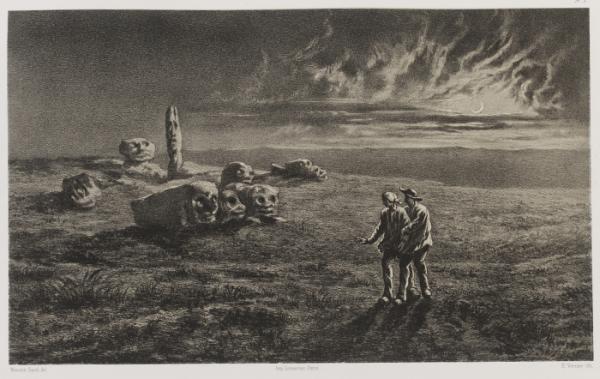 Large stones were a feature of the Berry landscape and were thought by peasants to be supernatural places associated with Druids from many centuries ago. They would appear to have human features or move themselves from place to place. In ‘Mauprat’, the ‘rustic philosopher’ (or ‘sorcerer’ to some) Patience gathers plants on druidical stones at Crevant. In ‘Jeanne’, the heroine, another peasant philosopher, is found sleeping amongst the standing stones of Jaumatres. 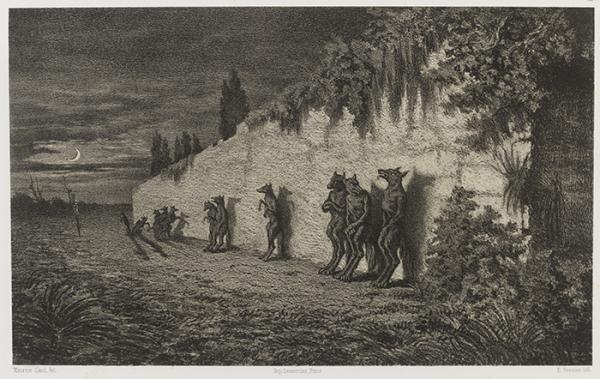 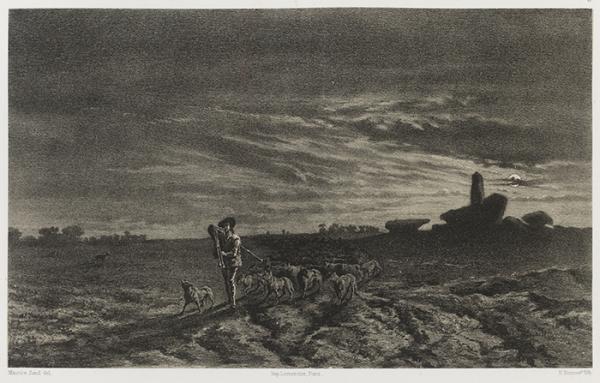 Wolves are common in many folk and fairy stories – from Little Red Riding Hood to werewolf legends. They feature in several of the Legendes Rustique: in one they are led by a pied piper character; in another they appear as werewolves. Wolves were present in the Berry region until late in the 19th century and the child Petit-Pierre is frightened of wolves in the woods in ‘Le mare au diable’.

George and Maurice were not the only people with an appetite for collecting and setting down folk tales and customs in the 19th century. Most famously, the brothers Grimm published their book of similarly strange German folk tales and fairy stories in 1812.  In mid-19th century France there were calls from government and periodicals to collect local rural customs, songs and stories; the increasing industrialisation and urbanisation of Europe created an anxiety that the stories passed down for centuries between families and communities in the countryside would be lost. 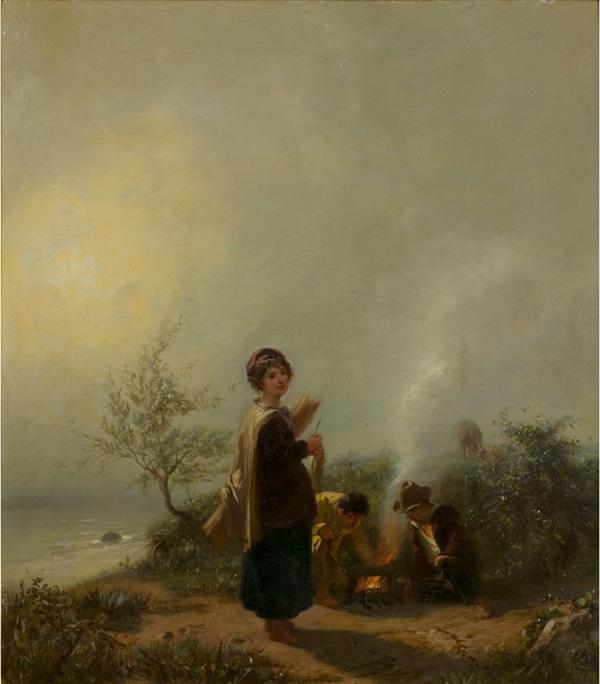 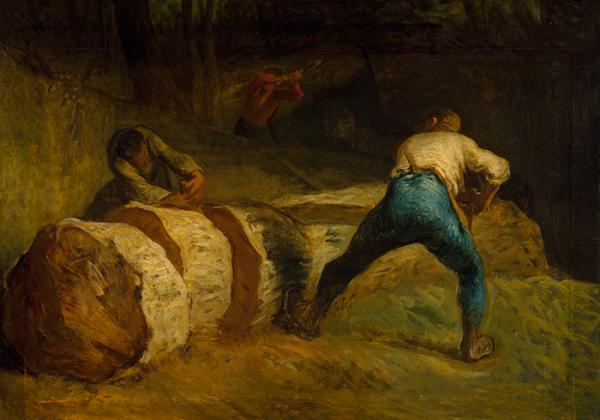 In art, images of rural life were also increasingly popular. Artists such as and Barthélémy Menn, who taught Maurice, and Millet (1814-1875) produced works featuring peasants and the countryside, capturing scenes that would indeed soon no longer exist.

George Sand recognises this in ‘Le Mare au Diable’ when she says:  “In a year or two more, perhaps, the railroads will lay their level tracks across our deep valleys, and will carry away, with the swiftness of lightning, all our old traditions and our wonderful legends… ”

If you are spending time with your family for Mother’s day this weekend, see if you can share some stories that should be remembered and not forgotten.