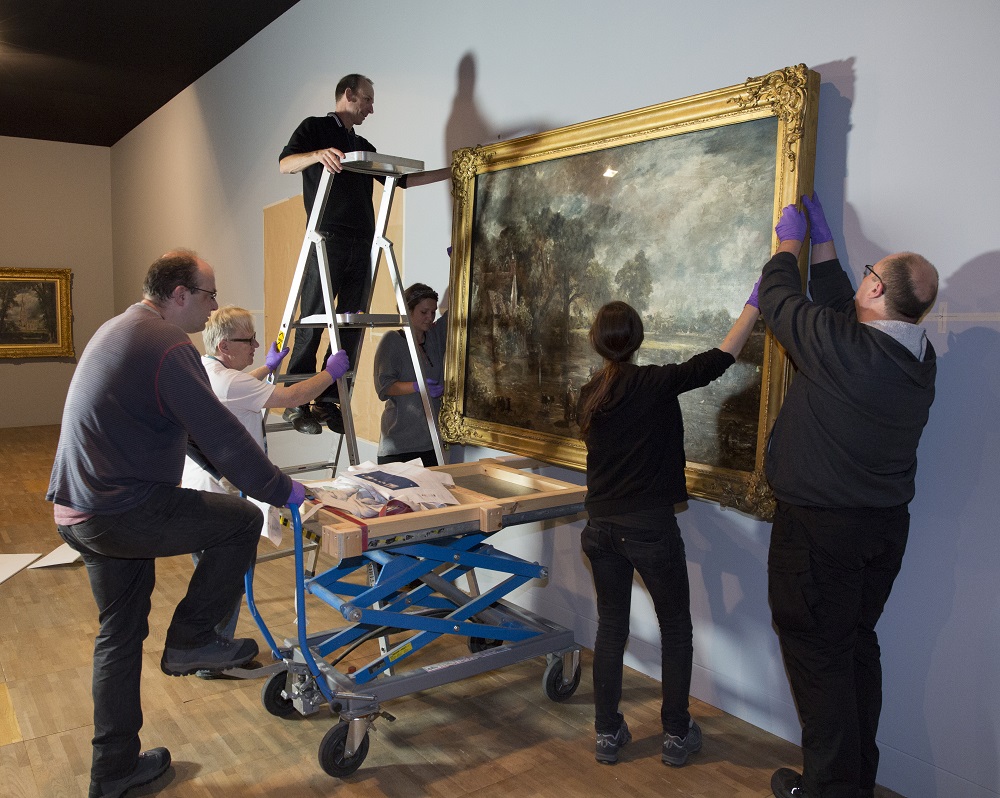 Yes. We’re nearly there. Five months have flown by and the clock says only 40 hours left until we open the doors to our London Design Festival display. ‘Dream-Land’ means a great deal to us, as it will be our very last work made under the moniker The T/Shirt Issue. With this last installation we reflect on our wondrous journey through the V&A, which allowed us a unique bird’s-eye view through all its magical nooks and corners.

‘Dream-Land’ is a sculptural installation in fabric, inspired by Edgar Allan Poe’s 1844 poem of the same name, in which a dream-voyager arrives in a place beyond space and time and decides to stay there. During our residency we got a taste for staying in the building after dark. The silence and calmness that suddenly take over the Museum once its doors close fed a solemn interplay between the objects and our curiosity. The 3D scanning went smoothly and we were able to scan more than anticipated. Would simply capturing objects in 3D be worthy of a building that has been steadily breathing history since 1857? We didn’t think so. So we went on looking to develop a narrative that directly involved the many facets we faced but with an identity of its own. ‘Dream-Land’ is a collection of 4 hybrid creatures that were digitally merged together from eight scanned objects of the permanent collection. They consist of:

After the mostly digital process of 3D scanning, modelling and laser cutting, the actual labour started at the manually transferring the laser-cut interface onto fabric, followed by cutting the fabric and sewing everything together to bring our creatures to life. This type of handwork is of crucial importance to the quality of the end result and requires some sincere patience and dedication. But it’s all worth it. While slowly shaping up to their final form, each of the creatures develops its own personality, and together they form a scene that’s slightly out of the ordinary. With ‘Dream-Land’ we have tried to create our own place beyond time and space; a place that blurs the boundaries between digital and actual reality, in which parallel versions of the Museum’s historic objects are free to exist today.

In addition to the official display in the Norfolk House Music Room, we will be hosting open studio days, talks and a residency retrospective during London Design Festival from 13-21 September 2014. Join us and share our final days in the V&A.

Thank you all, it truly has been a dream.

By a route obscure and lonely,
Haunted by ill angels only,
Where an Eidolon, named NIGHT,
On a black throne reigns upright,
I have reached these lands but newly
From an ultimate dim Thule —
From a wild weird clime that lieth, sublime,
Out of SPACE — out of TIME.

Bottomless vales and boundless floods,
And chasms, and caves, and Titan woods,
With forms that no man can discover
For the dews that drip all over;
Mountains toppling evermore
Into seas without a shore;
Seas that restlessly aspire,
Surging, unto skies of fire;
Lakes that endlessly outspread
Their lone waters — lone and dead, —
Their still waters — still and chilly
With the snows of the lolling lily.

By the lakes that thus outspread
Their lone waters, lone and dead, —
Their sad waters, sad and chilly
With the snows of the lolling lily, —
By the mountains — near the river
Murmuring lowly, murmuring ever, —
By the grey woods, — by the swamp
Where the toad and the newt encamp, —
By the dismal tarns and pools
Where dwell the Ghouls, —
By each spot the most unholy —
In each nook most melancholy, —
There the traveller meets aghast
Sheeted Memories of the Past —
Shrouded forms that start and sigh
As they pass the wanderer by —
White-robed forms of friends long given,
In agony, to the Earth — and Heaven.

For the heart whose woes are legion
‘Tis a peaceful, soothing region —
For the spirit that walks in shadow
‘Tis — oh ’tis an Eldorado!
But the traveller, travelling through it,
May not — dare not openly view it;
Never its mysteries are exposed
To the weak human eye unclosed;
So wills its King, who hath forbid
The uplifting of the fringed lid;
And thus the sad Soul that here passes
Beholds it but through darkened glasses.

By a route obscure and lonely,
Haunted by ill angels only,
Where an Eidolon, named NIGHT,
On a black throne reigns upright,
I have wandered home but newly
From this ultimate dim Thule.