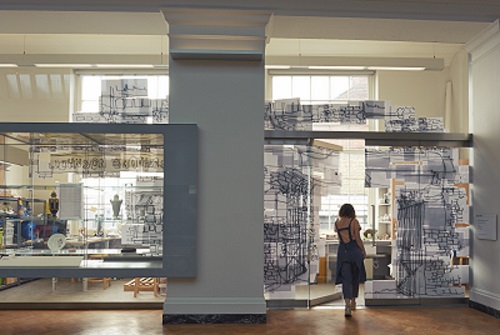 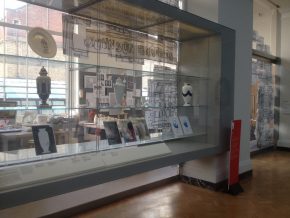 Head up to the ceramic galleries in Level 6 and don’t miss Amy Hughes’ presentation of Tryst, the culmination of her collaborative project with the V&A and 1882Ltd.

Taking direct inspiration from 18th Century porcelain wares, Tryst stems from Amy’s desire to make such objects accessible to contemporary audiences and restore their former status as the ‘ultimate accessory’. 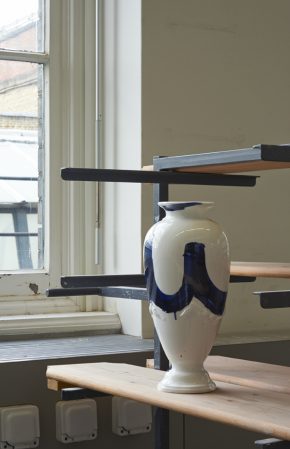 The moulded decoration in the vase has been cast directly from objects in the V&A’s collections, with variation introduced into the final product by finishing the vase with painterly splashes. Here, industry meets the studio maker, with each vase being unique despite being made using industrial techniques. 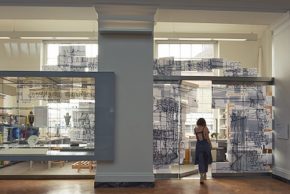 Amy will be finalising her residency at the V&A on 2nd October but you can follow her on twitter @AmyJayneHughes. Upcoming projects include participation in the British Ceramics Biennial (BCB) from 26th September – 8th November 2015 and the presentation of her new porcelain bottles ‘Forget Me Not’ with Vessel Gallery at Decorex, Stand B23, Syon Park, 20th – 23rd September 2015.