The V&A’s spectacular collection of late medieval ivories is displayed in our award winning Medieval and Renaissance Galleries. This diminutive (15.5 cm high), late 13th-century, Italian, statuette of Christ, or corpus, lives in its own case, in Gallery 9. The Museum acquired it, together with a number of other medieval ivories, from John Webb, an enthusiastic 19th-century collector. 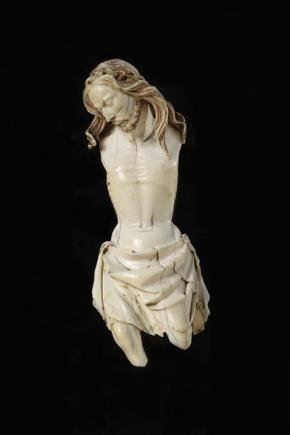 A small hole at the base of Christ’s back, now filled, reveals where it was attached to the front of a crucifix which stood upon an altar, a focus for celebrating the Christian sacrament of the Eucharist. The reverse is less carefully finished than the sides and front, confirming that the statuette was meant primarily to be viewed head-on. Its scale suggests an intimate setting, perhaps a private chapel or side altar in a church. The choice of material, elephant ivory, indicates a prestigious commission; elephant tusks were imported to Europe from east Africa or India, often via Italy, making ivory rare, and thus precious. 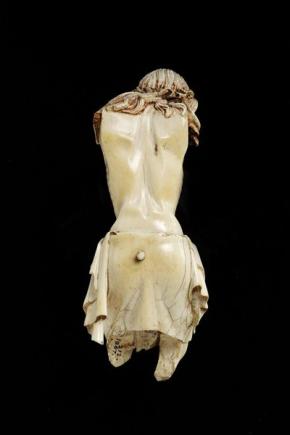 Elephant ivory became very popular in northern Europe from the 1260s onwards, its availability facilitated by the opening up of trade routes in the eastern Mediterranean. The head, torso and legs of this statuette were carved from one piece of tusk; the arms, now missing (the angle of the shoulder blades suggest they stretched up at a diagonal angle above Christ’s head), were each carved separately and pegged into place at the shoulders. Single, minute ivory thorns were set into the Crown of Thorns carved on Christ’s head. One or two are still in situ; holes signal the location of their vanished neighbours. 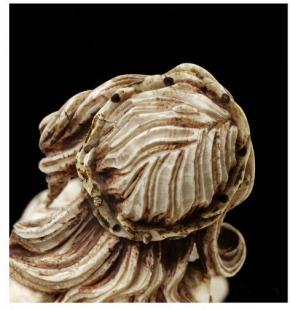 In the 13th century elephant ivory was prized for reasons other than rarity. Its pale, creamy colour symbolised spiritual purity, making it an appropriate material for statuettes of Christ and his mother the Virgin Mary. As an extremely fine-grained material it is perfect for rendering minute details and conveying contrasting textures. Christ’s hair hangs around his face in striated locks, lank and matted; his milky skin is polished to smooth transparency, stretched tightly over his emaciated chest to reveal the rib-cage beneath; the deeply cut folds of the loincloth replicate stiff fabric and accentuate the narrow delicacy of Christ’s hips. Gothic ivories were typically decorated selectively. Vestiges of pigment remain on Christ’s loincloth, and the red pigment visible on his hair was a base for gold leaf, which would have glittered in flickering candle-light, emphasising his bowed head.

Although small in scale and much damaged, the figure packs an eloquent emotional punch. It manages to communicate the dual nature of Christ, his dignified divinity laced strongly with vulnerable humanity. The closed eyes and slumped posture imply death; the gaping wound in the right side confirms that this is the dead Christ.  The sunken stomach and clinched waist make it seem likely that the last pain-wracked breath has only recently been drawn. Christ’s head projects forwards towards his right shoulder, but the angle of the thighs, and splintered knees, implies that his legs twisted back in the opposite direction, lending the figure a dramatic torsion. It is likely that his feet were nailed with one nail, one on top of the other, thereby contorting his body. This twisted pose was typical for images of the crucified Christ from the mid-13th century, reflecting the increasing desire of late medieval audiences to engage emotionally with their devotional images.

Who carved this poignant study of death? Like most medieval ivories it is anonymous. It carries no signature, and no documentary record of its commission survives. Since 1965 it has been attributed to Giovanni Pisano (c. 1240 – c.1320), the greatest of Italian Gothic sculptors, renowned for his exploration of three dimensional form and space, and dynamic depiction of humanity.  We have our own Pisano masterpiece at the V&A, a badly-weathered marble figure of the Old Testament prophet Haggai, carved for the West façade of Siena Cathedral, 1284-95 (Gallery 10). It is so damaged that it bears little obvious resemblance to this corpus. The marble pulpit Giovanni carved for Pisa Cathedral, c. 1302-10 (we have a plaster cast in the Italian Cast Court (Gallery 46b) – closed at the moment for restoration), carries an inscription stating that he worked in wood and gold, as well as marble, and a wooden crucifix attributed to him, now in Siena Cathedral’s Treasury, does resemble this corpus very closely in its twisted pose.

Most late 13th-century craftsmen and patrons in Italy preferred monumental sculpture to miniature carving. Paris dominated the craft of ivory carving at this date, but in 1298, Giovanni Pisano did carve a Virgin and Child, and accompanying Passion scenes, from ivory for Pisa Cathedral’s High Altar. This Virgin and Child, now in Pisa’s Museo dell’Opera del Duomo, amply demonstrates his genius. While our corpus is probably not part of the 1298 commission, its restrained, yet dramatically arresting, exploration of death is just what one would expect from Giovanni Pisano. The fact that he employed ivory illustrates the ongoing exchange of artistic ideas from north to south of the Alps which began in the late 13th and continued during the 14th century. 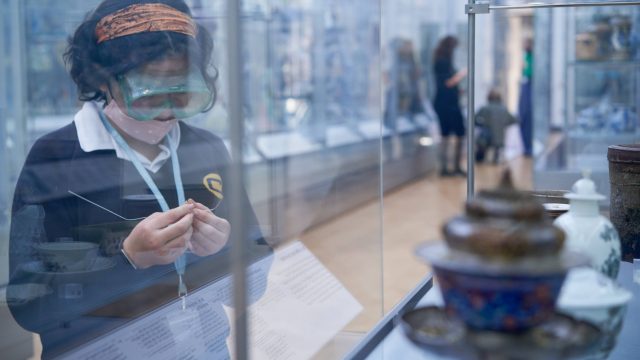 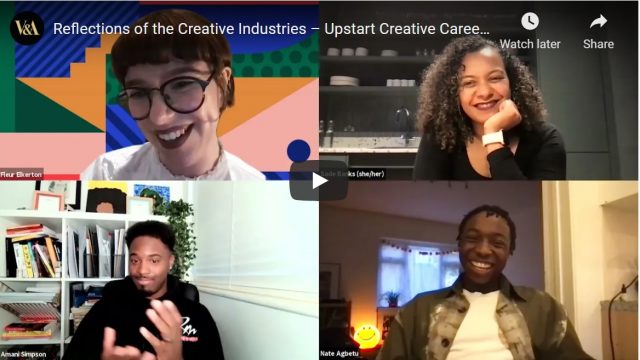 Introducing Young V&A: a powerhouse of creativity for Generation Alpha 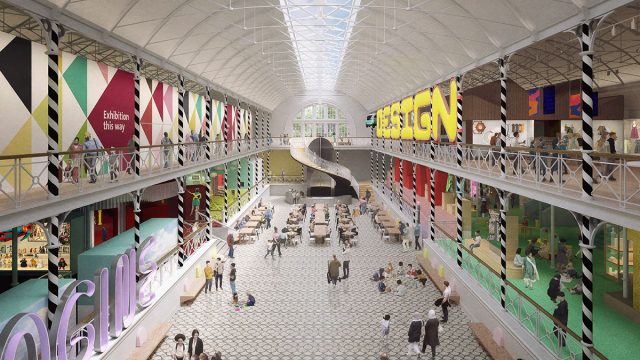