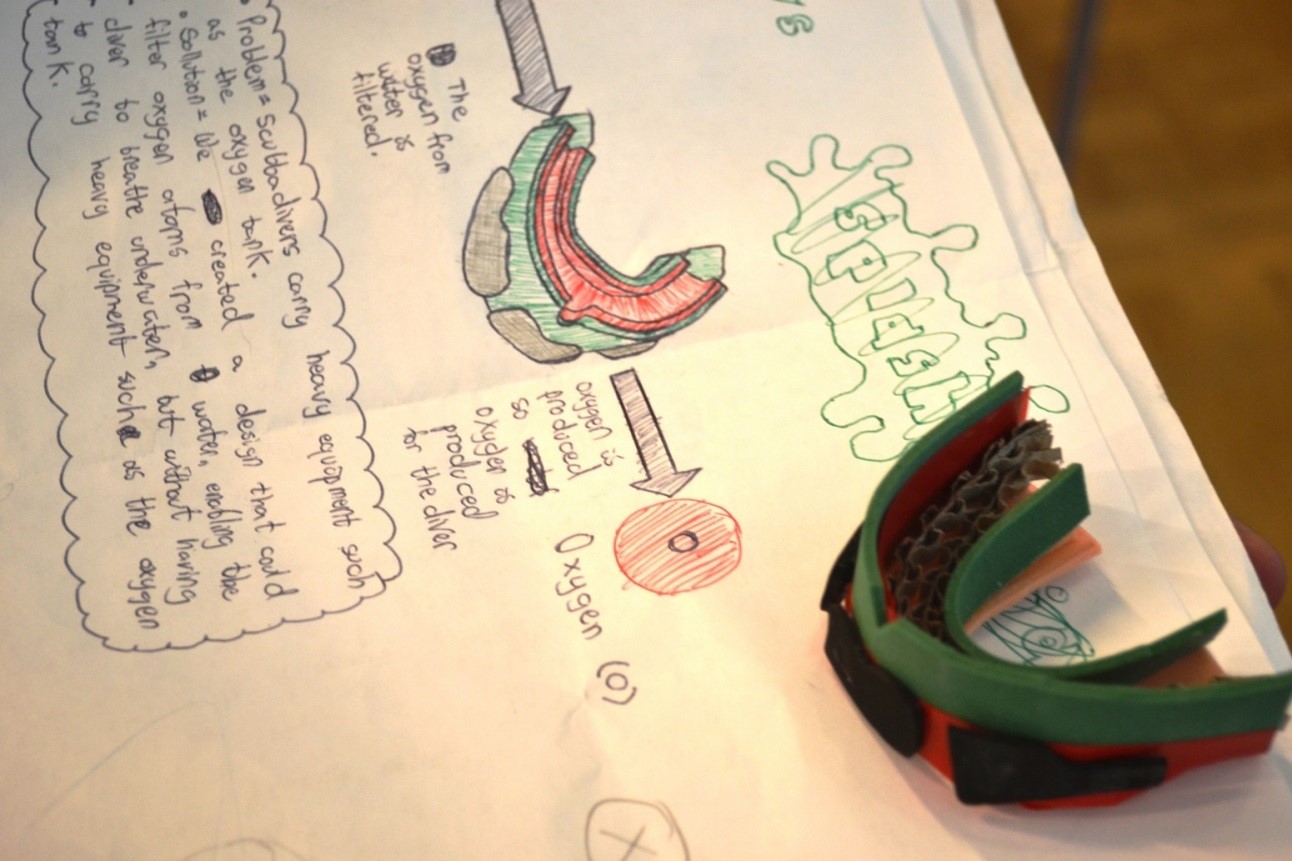 ‘Wearable technology is currently one of the most discussed technological advancements, however it isn’t a completely new concept, we’ve been enhancing our bodies with technology for hundreds of years. But now with the increased availability of sensors, connectivity and the miniaturisation of technology, an entirely new world of possibilities is emerging – further merging man and machine.’

Can wearable technology become a functioning part of everyday life? Can it be designed to work in meaningful and relevant ways to improve our lives?

Over three days in June and July 2014, a group of Year 10 students from Capital City Academy in Brent took part in an in-depth project with designers from design and innovation consultancy Seymourpowell to explore the future of wearable technology.

On day one of the project, designers from Seymourpowell introduced the brief: to work in teams to design a smart wearable product that makes people’s lives better. The designers started by introducing the students to the research and idea development techniques they use at Seymourpowell. The group then discovered examples of ‘wearables’ in the V&A’s collections, including armour in the British Galleries and chatelaines in the Jewellery Gallery. These objects helped the students think about what functions ‘wearables’ had in the past and what role smart wearable technology can play for us now. The afternoon consisted of group discussions about initial ideas, which the students developed into concept designs back at school.

On day two, the students returned to the Museum and presented their ideas to the designers, which included ‘IZIT Clean’, a wristband designed to prevent the spread of germs and ‘Splash’, a mouthpiece designed to help people breathe underwater.

The group was then introduced to Seymourpowell’s design development and model making techniques and were shown sketches and 3D printed models of Seymourpowell’s own wearable product designs. They also explored a range of products in the 20th-Century Galleries to find inspiration for shape, form, patterns and texture. After an afternoon of drawing and model making, each group presented their ideas to the designers and were given feedback that they could use to work on their designs back at school.

On day three, students were given a designer-led tour of the Seymourpowell studios and had the opportunity to look at current research projects and state of the art equipment and technology. On day four, which is coming up in October, students will return to the V&A to present their final designs to a panel of Seymourpowell designers and researchers. Watch this space for the next big wearable technology product!

This project is part of DesignLab – the V&A Schools Programme’s series of in-depth projects to engage secondary students and teachers with professional design practice. To find out more visit www.vam.ac.uk/designlab 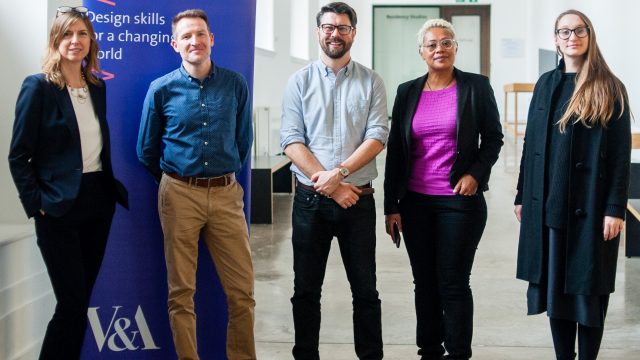 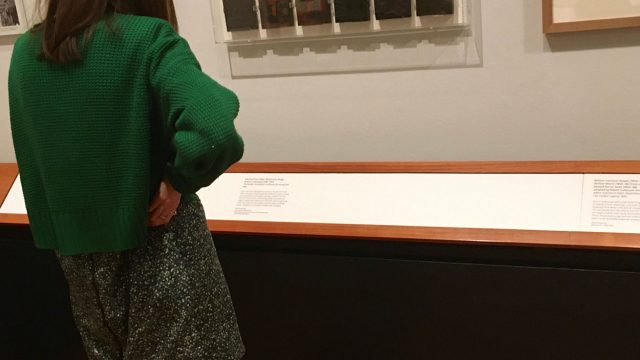