“Editorial illustration should possess a degree of sophistication in its use of symbolism, narrative, composition and style; I hope that this image has some of these qualities.” – A. Richard Allen

A bumbling pundit is shown blithely leading an explorer into peril in A. Richard Allen’s award-winning illustration Experts which takes its cue from wordless gag cartoons.  The witty illustration accompanied an article entitled ‘My Lawyer was so bad I did the work myself’ in the Money supplement of The Sunday Telegraph. Rather than take a literal approach, Richard’s illustration was intended to be broadly satirical of topical issues such as inter-generational tensions and misinformation.

The 2019 judges (Nicholas Coleridge CBE, Olivia Ahmad and Jessica Voorsanger) were impressed by Richard’s amusing response to the dry broadsheet copy, observing that the illustration captured the reader’s attention and kept their interest through clever details and visual devices.

Richard is no stranger to the V&A Illustration Awards having delighted the 2017 judges (Beryl Kingston, Jane Scherbaum and Loyd Grossman) with Trump Wave which won the Moira Gemmill Illustrator of the Year prize. Furthermore, Richard  judged the student category of the 2018 awards alongside Art Director Martin Colyer.

Following his twofold success, we caught up with Richard to find out more about his current practice,  judging experience and future plans:

I obsessively drew and was a keen reader of comics and picture books as a child. The ability to hold an audience rapt through visual inventiveness was something that always appealed. My father was also instrumental in gently nurturing my artistic talents. Having studied Fine Art (Painting) as an undergraduate at Central Saint Martins I made a conscious shift back towards illustration, enrolling on the illustration MA. I’ve lurched between illustration and painting ever since.

How did you develop your personal style? Who are your influences?

Beyond honing technique, as with fostering any sort of an identity, developing an artistic style is a slow process of assimilation, conscious and otherwise: paying homage (a euphemism for an activity that lies somewhere between the occupations of Tom Ripley and Burke & Hare) until one arrives at something approaching a distinctive style. Or until one learns to kick away that scaffolding, conceal those borrowings or celebrate them with aplomb. 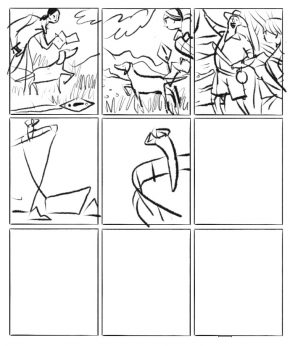 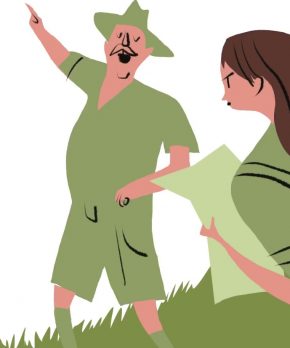 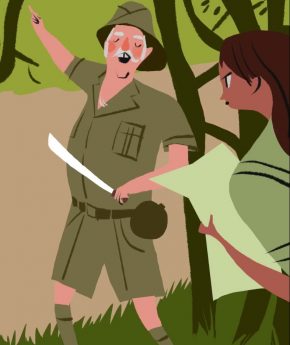 Congratulations on winning the V&A Illustration Awards for a second time! What impact did winning the award in 2017 have on your practice?

All recognition for what can often be a solitary endeavour is genuinely appreciated.  Whilst it was enormously welcome and possibly my greatest illustration accolade- the win didn’t affect my practice markedly; it came at a time when I was adjusting to the minor celebrity of having won the Sky Arts Landscape Artist of the Year so that whole six month period was a little bemusing.

We were delighted when you accepted our invitation to judge the 2018 student awards. How did it feel to be a judge?

Ah! The responsibility!  The task was daunting and fascinating.

I was privileged to be judging alongside stellar art director and all round mensch, Martin Colyer who brought a rigour to the process, tempering my more instinctual approach. He also proved an engaging presence on the awards podium when the occasion rendered me mute.

Your illustrations have featured in prominent publications such as The Telegraph, The Guardian and the Wall Street Journal.  What advice would you give to students and emerging illustrators looking to get published?

Building rapport with art directors and demonstrating an appetite for visual problem-solving seem as relevant to being commissioned today as when I was first making my way as an editorial illustrator. Resourcefulness, persistence and humility count for a lot too.

Looking ahead, what are your plans and ambitions for your practice?

I am rather hoping to return to picture books and even comics- a neglected area of my practice. I keep talking about writing or doing something related to moving image too.

As well as achieving success in the realm of illustration, Richard also has a prize-winning oil painting career and was named Sky Landscape Artist of the Year in 2016.  See Richard’s oil paintings at https://richard-allen.com and his illustrations at https://www.arichardallen.com.

The V&A Illustration Awards is the UK’s most prestigious annual illustration competition. Free to enter, the 2020 awards will open later this year. 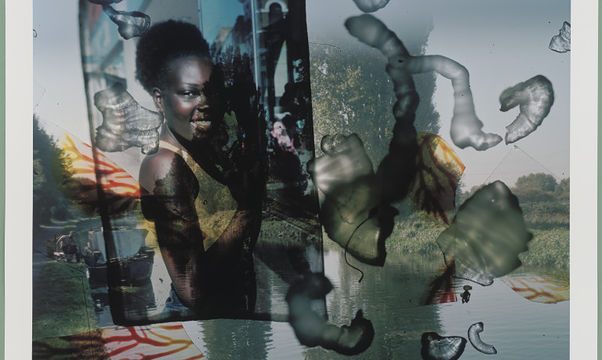 On the path of urban nature