As I mentioned in my previous post, it’s important that, when running events here, they have a strong relevance for the Museum and its collections. The National Video Archive of Performance (NVAP for short) is the V&A’s national collection of live recordings filmed in theatres around the country. Starting in 1992, it is now an amazing archive and record of performances that are regularly watched by teachers and students. Amongst the most popular are those of shows by the theatre company Complicite. 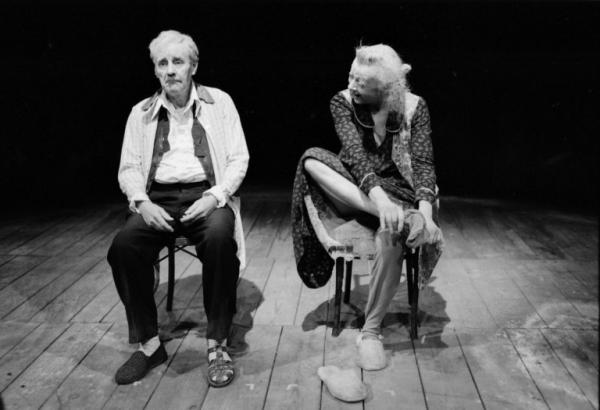 Richard Briers and Geraldine McEwan in Ionesco’s ‘The Chairs’ at the Duke of York’s Theatre. Theatre De Complicite

Complicite is an internationally respected group of artists which has consistently produced imaginative, engaging and innovative theatre over the past 30 years. The V&A has filmed a number of their shows so it made sense to join together to offer schools the chance to watch a screening followed by a practical devising session with a member of the theatre company. 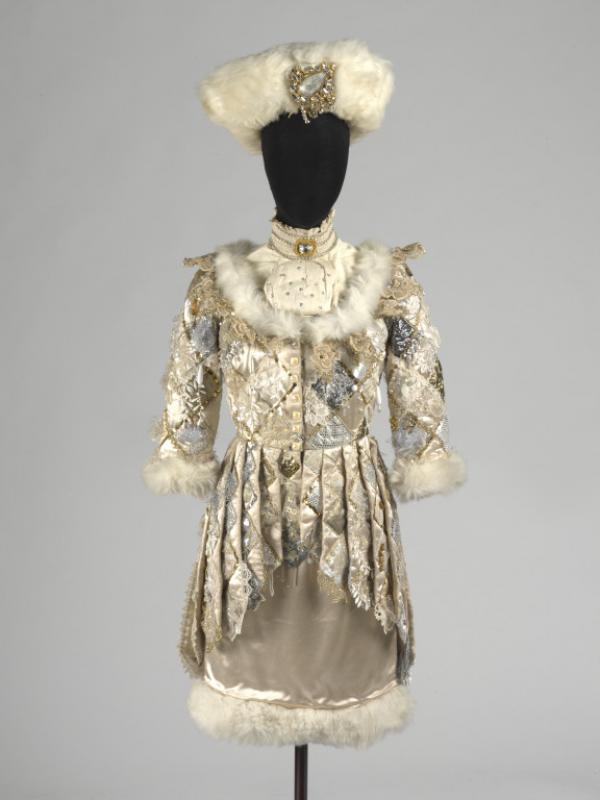 Poppy Keeling from the Creative Learning department of the theatre and myself met last year and set up 4 dates over the course of the academic year, the second of which we ran on Tuesday 20 November.

After having watched the NVAP recording of ‘The Street of Crocodiles’ in the morning, 30 or so year 12 students from Peter Symonds College took to the performance space of the lecture theatre for a 3 hour practical session with one of the original performers of the show, Eric Mallett, who led them through exercises used by the Company during the production.

I’m not going to go into a step-by-step account here of the workshop but I thought it might be of interest to note a few of the things that came out of the work.

It’s worth remembering that although ‘The Street of Crocodiles’ was inspired and loosely-based on existing stories by Bruno Schulz, it was a devised piece. Eric shared how, on the opening night of the first performance, lines, speeches and stage business were still being added to, dropped and moved around. This is a valuable lesson for the students to learn. It’s tempting to ‘fix’ work as soon as you can, it certainly gives actors a sense of security, but it isn’t a finished piece of work and can still develop over the run of the show.

The early section of the workshop involved ball and chasing games, many of which are familiar to drama teachers but nonetheless valuable. I’m sure I’m not the only workshop leader who sometimes wonders what people think when they stick their heads round the door to be faced with 30 students and teachers, running around laughing and throwing a ball to each other. Well, it’s about making that group of 30 individuals into a single group of people who can trust each other during rehearsals and a show; about developing a level of trust which means the performance can develop in the moment of playing and is always fresh. Eric explained how, during the run, he might vary the speed of activities that he was leading just to see if he could ‘catch-out’ other performers. You can only do this successfully if you’re pretty sure that you can’t! ; in other words, that the trust and concentration is there, built up over time spent sharing activity as a group.

Which brings me neatly to my final observation: Eric emphasised throughout the workshop the importance of ‘play’ in devising. By this he means a sense of invention, openness to the ideas of others and reacting to the moment. Paradoxically, it’s a very easy concept to grasp but actually very hard to do. Perhaps we have a problem with the word ‘play.’ It has connotations of childishness, it’s not ‘purposeful’ or ‘grown-up’ but it’s key to the devising process in that, without it, there is a leaden quality to the rehearsals, no new connections are made between ideas and ways of presenting them. He drew attention to the way young children play  :- ‘parts’ are shared out with broad brushstrokes, ‘You’re the Policeman…I’m the robber…’, it’s fast-paced; ‘locations’ can be sketched out by ‘being’ parts of where you are, sound is added without discussion…perfect conditions for devising! Human nature when you’re 6; potentially embarrassing when you’re 16..!

Three hours isn’t enough time to do either the work of Complicite or the devising process justice but the students gained a valuable, first-hand insight into one of the most exciting and rewarding ways of creating performances. 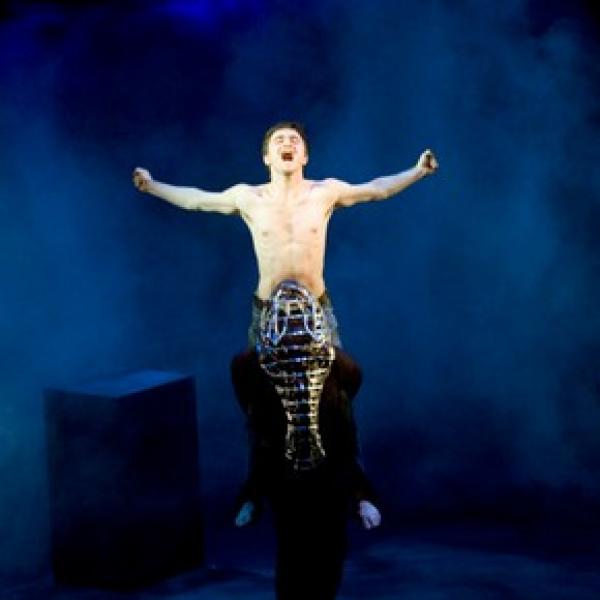 Viewings for school groups on-site only are free of charge. Contact:

Individuals can arrange to view screenings by contacting:

To keep up to date with the work of Complicite visit: