As we prepare to bid farewell to Tomorrow and its fictional protagonist Norman Swann, our Gallery Assistants reflect on the experience of working within a highly unusual exhibition.

Transforming the V&A’s galleries into the home of a failed architect, contemporary artists Elmgreen & Dragset have upturned museum conventions to tell a story through objects. In the exhibition, a mixture of original artworks and items from the V&A collection sits, unlabelled, alongside ordinary furniture and props that the visitor can touch and interact with as they interpret clues to Norman’s personality and circumstances. It’s a voyeuristic set-up that blurs the lines between reality and fiction, and as part of the artifice the Gallery Assistants were asked by the artists to play an integral role in the installation as Norman’s butlers and maids. With Tomorrow now in its final weeks, we caught up with them to ask a few questions… 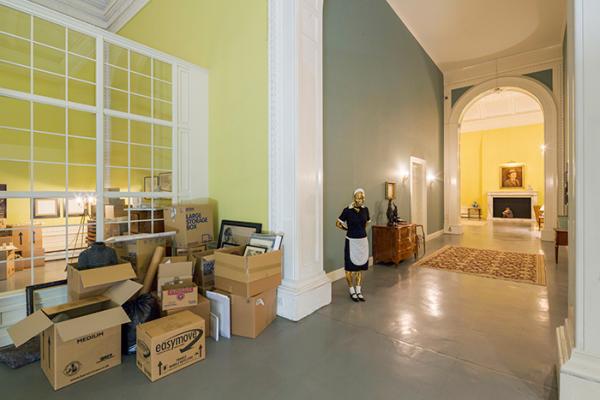 Did you find that your relationship with visitors was different to normal?

“Absolutely! They were intrigued; not knowing what was real or a trick. I found that they were genuinely curious to know more about the space and the objects and were less afraid to ask questions.”
– Sara Fiamberti

Did you often have to stop people from touching things that were off limits?

“Visitors seem to work out quite well for themselves which objects can be touched. Some people touch the dinner table [an artwork by Elmgreen & Dragset], but I usually say, ‘The dinner table is just for the dinner guests’.”
– Gerlinde Aigner

“It was interesting to notice the different types of visitor, some would not dare touch anything, and others were almost aggressive in their effort to find clues. However, I think most visitors were inclined not to touch. In fact on more than a few occasions I invited them to do so and to sit down and enjoy the space.”
– Sara Fiamberti 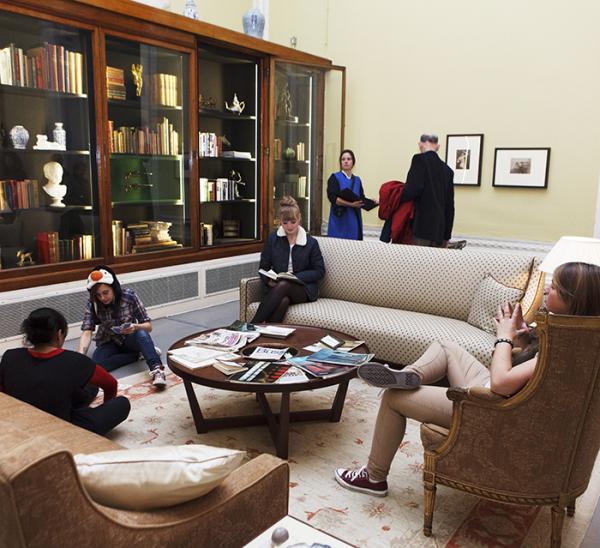 Has anyone asked you whether the flat is really for sale, or whether someone really lives in it?

“Yes, that has happened several times. As I usually stay in character, I have succeeded in making people believe that it’s all real and Mr Swann is really in the shower.”
– Gerlinde Aigner

“Yes, I’ve had many people think someone is living there. After talking to them in character, some have gone away convinced that what you said is the truth, and others just play along.”
– Martin Brooker

Did you find it easy to stay in character?

“Very easy, I loved it! The more I spent time in the space the more I became fond of it and started to make my role more realistic. I will definitely miss it. On some occasions though, I felt inclined to step out of character to give the visitor a little helping hand. They were so baffled by the idea of someone living in the Museum that I could not leave them in such a state of confusion.”
– Sara Fiamberti 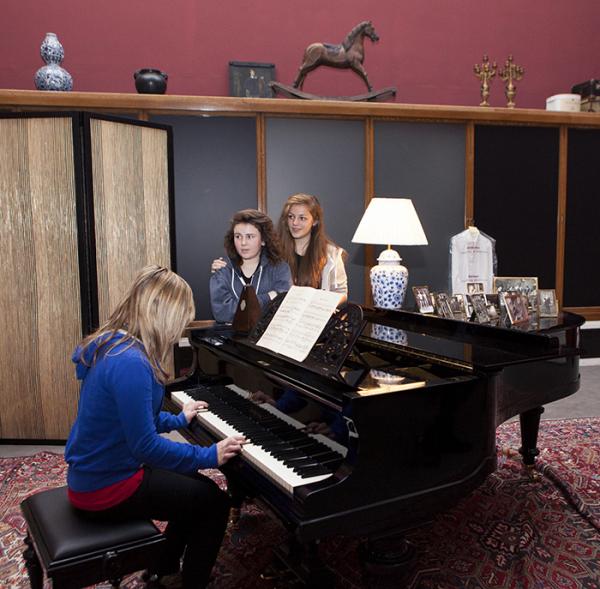 What’s the most unusual question you’ve been asked?

“One visitor pulled me to one side to ask me whether Mr Swann had been in contact with the charity Shelter, who might be able to advise him on his housing and financial problems.”
– Martin Brooker

What is your own interpretation of Norman and the exhibition as a whole?

“Every time I work in the exhibition, I discover something new about the man who lives there. He seems to be surrounded by old, outdated objects and the themes of age, illness and death seem to be all around.”
– Gerlinde Aigner

“My interpretation covers themes like reality vs illusion, meaning of objects vs value of objects, and parallels between Norman’s circumstances and the wider world. What surprised me most is the way each and every visitor becomes a character themselves. Although I did not make sense of everything, I embraced it fully, and as my understanding developed my answers to the visitors’ questions transformed into interesting exchanges – wonderful!”
– Sara Fiamberti