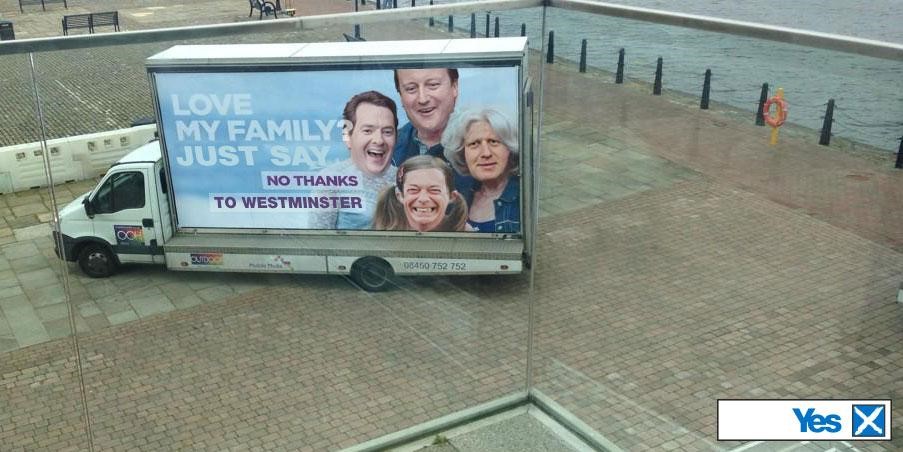 ‘A World to Win: Posters of Protest and Revolution’ is on the move!  The display exploring a century of political posters came to an end at the V&A last week and the show will begin touring around the country until 2016.  I have been scouring the web for content regarding the recent referendum on Scottish independence, considering the ongoing relevance of protest posters and the visual imagery of political campaigning in the 21st century. With over 90% of the population of Scotland registering to vote, the referendum in September captured the imagination across the UK and the world, being branded a truly democratic and peaceful movement with wide-ranging positive repercussions.  For example, the political engagement of 16-18 year olds who were granted a vote in the referendum may spark the lowering of the voting age in future general elections.

Digital imagery is particularly central to an increasingly active generation of young people, providing a wider context for considering the nature of protest today.  The National Collective was a key organisation throughout the vibrant visual campaign, accruing around 3000 members between 2011 and 2014.  Made up of artists and writers, they set up collaborative and creative local groups to argue the case for independence and ‘imagine a better Scotland’.  They also widely documented the movement and created festival style events which galvanised popular support and fuelled the optimistic heart of the Yes campaign. 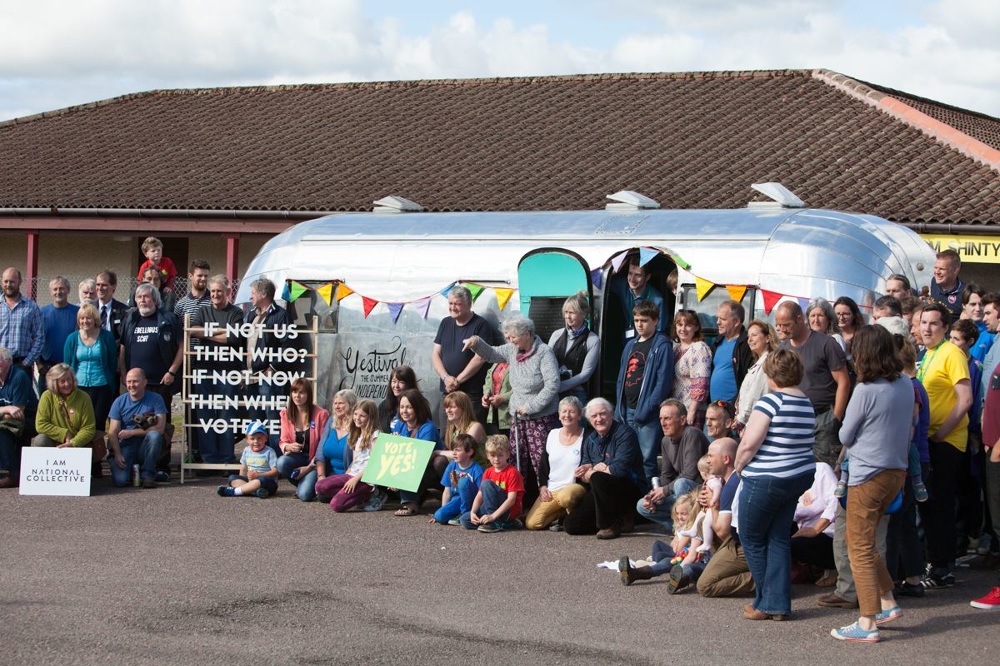 Searching for material to represent both sides of the debate, preferably at a grassroots level, I discovered many subvertised billboards, DIY posters, and examples of street art along the way.  Yes campaigners produced the widest range of images, often digitally altering the No campaign posters to ridicule and lambaste the opposition with comic results!   The No campaign, whilst ultimately successful, was criticised for its negative angle in the media.  Their ‘Love my Family- Vote No’ message was easily subverted by the Yes campaigners and quickly hit the internet in many humorously tweaked forms.

In a rather misinterpreted move, the No Thanks campaign produced these stress balls, which were being handed out at Fresher’s Fairs in Scottish universities in early September.  Amusingly, it was unclear initially as to whether the text ‘Independence Stresses Me Out!’ was real or fake, poking holes in the No campaign’s tactics, widely branded in the press and on social media as being patronising.  The confusion around the object speaks volumes about the current trend for internet memes and digitally altered imagery. 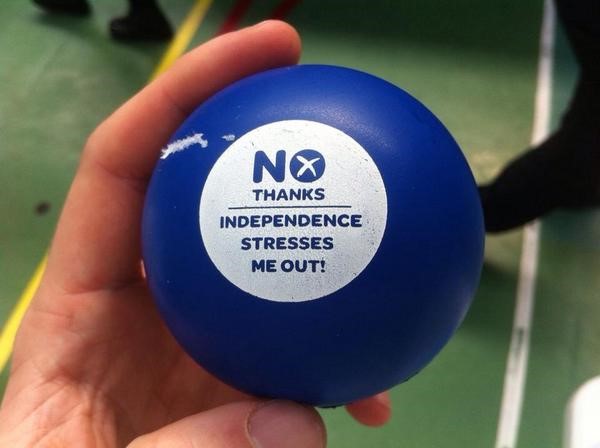 It was in the world of satire however where the material became the most balanced, as no politician is safe from the lampooning wit of the cartoonist! 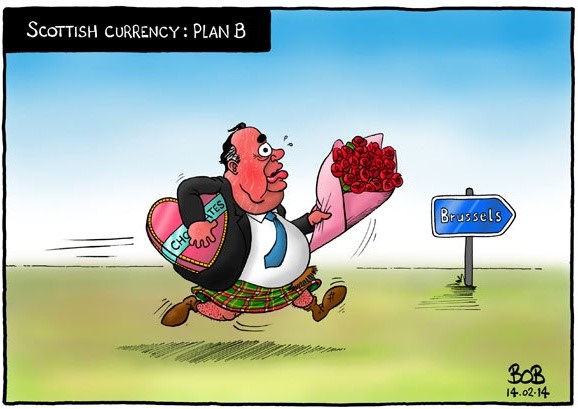 The main themes of the show are Smashing the System, New Dawns, On-going Revolution, All Power to the People, NO!, Subvertising, Bearing Witness and Print It Yourself.  The digital display includes works from Turkey and Ukraine, as well as a selection of parodied posters after Shepard Fairey’s ‘HOPE’ (2008).  Originally depicting Barack Obama, the enormously successful poster was widely altered in acts of digital subvertising to read HYPE, NOPE, HOPELESS etc, simultaneously hailing and berating Obama as well as other politicians and public figures. The ease with which the original poster’s message can be subverted is demonstrated in these opposing examples depicting Canadian politician Stéphane Dion. 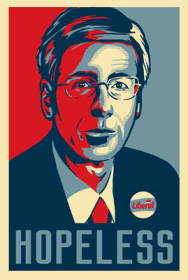 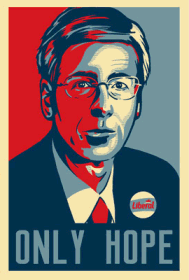