We are delighted to announce that the V&A has a new addition to its growing Korean Collection. Aggregation10-SE032RED is part of a series of new acquisitions purchased in the last year with the generous support of Samsung. This large contemporary ‘relief-painting’ is made by the artist Chun Kwang-Young, renowned for his creative and innovative use of the Korean mulberry paper known as hanji. 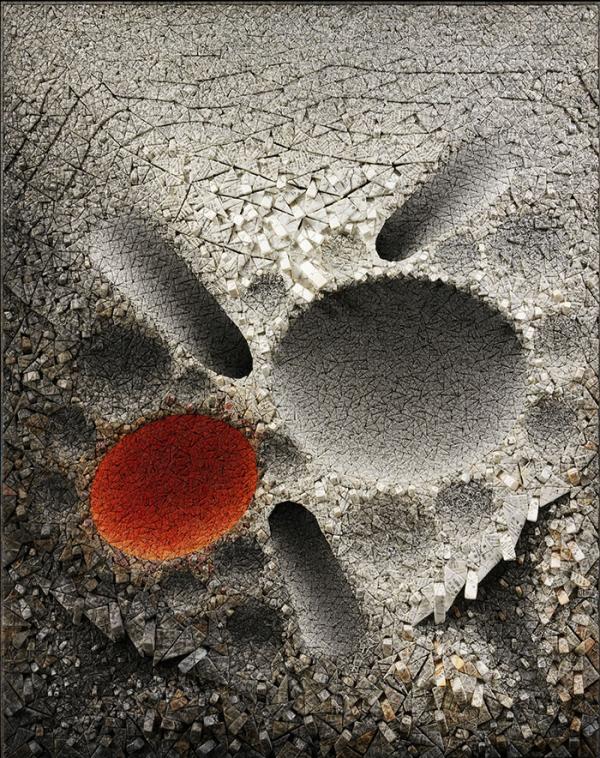 Chun (b. 1944) initially studied painting in Korea before completing his Masters in Fine Arts at the Philadelphia College of Art in the late 1960s. It was during his time in America that he was confronted, like many of his Korean peers, by the issue of Koreanness in the art he made.

One spring day in 1995, Chun lay in bed down with a severe cold. His wife brought him a pack of pills that instantly triggered a childhood memory. He remembered his granduncle’s herbal medicine shop that he used to visit regularly as a child. Herbal concoctions were individually wrapped in hanji bearing printed wishes for the patient’s good health. Those little bundles were hung from the ceiling and handed out by his granduncle to cure the patients’ illness. This vivid image of the ceiling covered with hanji bundles later shaped Chun’s artistic direction.

Hanji is a premium paper to write and paint on, but it is also soft, resilient and versatile to be used in many areas of life in Korea. Traditionally, hanji serves in covering foods, wrapping gifts, and packing household objects for storage or transport. Hanji is also integrated in the Korean traditional house or hanok, plastered on walls, windows, doors and even floors.

Hanji became Chun’s artistic medium of choice as it can be seen in this new acquisition. Here, countless triangular shapes made of styrofoam are individually wrapped by hand in pages of old books printed on hanji. This aggregation of small entities forms cracks, protrusions and optical illusions. These complex defects symbolise the difficult history of Korea, but the strong paper reflects the resilience of the Korean people. 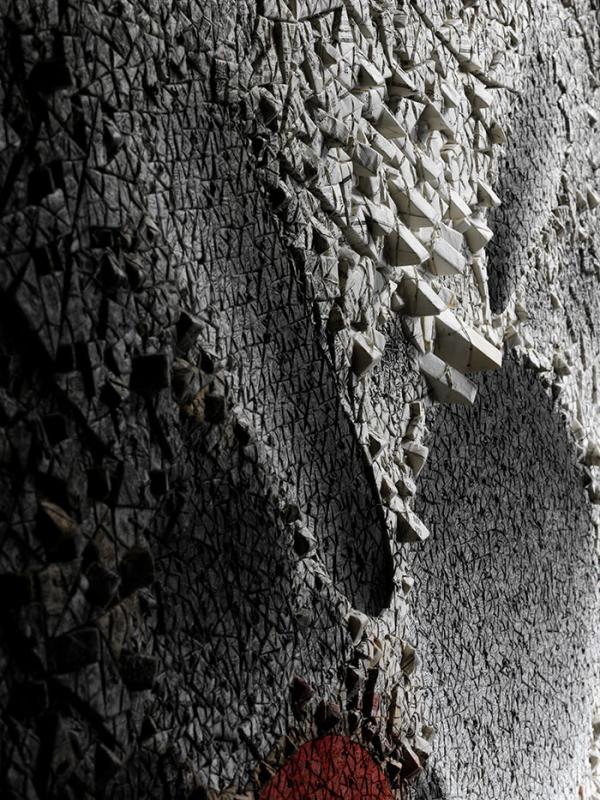 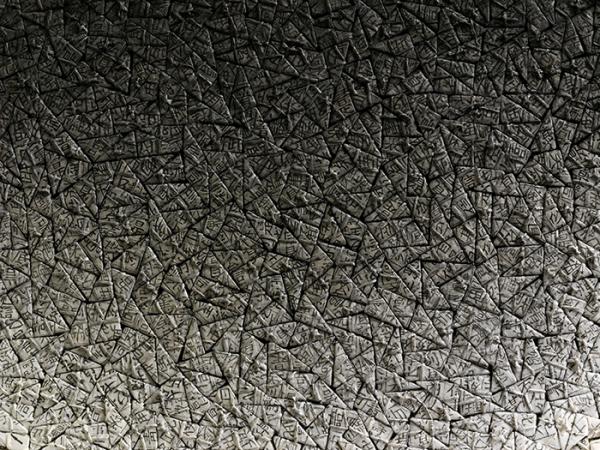 Details of Aggregation10-SE032RED, Kwang-Young Chun, 2010. Museum no. FE.103-2013. © Victoria and Albert Museum, London
Complex defects of the surface (above) and countless triangular shapes individually wrapped in hanji (below
)

The recent series of new Korean acquisitions reflects the ongoing drive in the realm of contemporary art and design in Korea. A fresh and innovative take on traditional craft and cultural heritage generates outstanding works that are thoroughly modern but genuinely Korean.